Insomnia is a sleep disorder that affects many people. It can be caused by many things, such as stress, anxiety, medications, and health conditions. People who struggle with insomnia often find it difficult to fall asleep, stay asleep, or get the quality of sleep they need. If you are one of those people, don’t worry – there are effective ways to help! This blog post  will discuss the causes of insomnia and some ways to overcome it.

END_OF_DOCUMENT_TOKEN_TO_BE_REPLACED 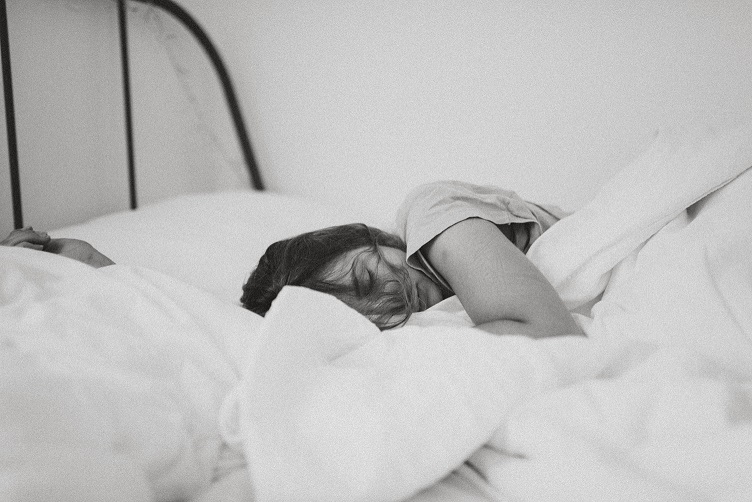 Although I’m not someone who very often struggles to get to sleep (Husband is often in awe of how quickly I fall asleep after my head hits the pillow), I do often awaken feeling as though I haven’t had a very good night’s sleep, and I think a lot of that is to do with my lack of sleep hygiene. If you haven’t heard that expression before, it’s nothing to do with going to bed dirty! Sleep hygiene is a variety of different practices and habits that are necessary to have good nighttime sleep quality and full daytime alertness. Here are a few changes that I think I need to make in order to improve things:

As much as I have grand ideas about putting my phone or laptop down well before bed so that the blue light doesn’t affect my circadian rhythm, I’m also an absolute terror and very rarely do. There are, however, apps and programmes that you can install on your devices which offer blue light protection. They alter the tone of your screen ever so slightly to stop too much blue light being absorbed by your eyes.

At the moment, my bedtime routine is usually “fall asleep on the sofa until Husband wakes me up to get into bed”, and it’s not great because my sleep cycles are interrupted. This is where the sedative properties of the maeng da strain of kratom could be beneficial. I know that were I to, say, have a cup of kratom tea before bed, this could really help me to drift off for a good night’s sleep. Often, I’ll wake up after being asleep on the sofa and feel too wide awake to go back to sleep, OR I’ll get back to sleep but feel like my alarm is going off about five minutes later. A combination of getting in bed when I’m ready to sleep instead of sofa surfing and a supplement like kratom would be much healthier.

I’ll be honest, it’s a rare night when I don’t end up in bed with Burrito Baby instead of sleeping in my own bed and although I still love snuggling up with her, it’s probably not conducive to a great night’s sleep! We often wake up too hot, or because one of us is snoring, so I need to try to maintain an “everybody in their own bed” system!

I’ve always been a late-night snacker, enjoying a bit of supper with Husband once the girls are asleep, but going to bed on a full stomach isn’t good for you. I get a lot of acid reflux when I eat late, which wakes me up several times a night, so imposing a ban on eating after a certain time would probably do me a big favour.

I’m a bit of a caffeine junky, and I definitely feel the difference in my sleep quality on days where I’ve had more than usual. A lot of people I know switch to decaf after 6pm, and I definitely think that this could be something which would help to let me get a better quality of sleep.

What’s your sleep hygiene like? Do you have a strict bedtime routine? Leave me a comment below.

It’s something that tends to dominate your life when you become a parent. (Apologies for the seemingly random intro, but do bear with me…)

To be honest, it’s something that’s been a dominating factor in our lives for a lot longer than Sausage has been around. Husband is an insomniac, as you’ll know if you’ve read this, and has been since he was a baby. His Mum vividly recalls sitting on his bedroom floor when he was a toddler, willing him to go off to sleep but watching her infant son with eyes like saucers.

I, on the other hand, find it hard to stay awake. Husband jokes and says that I must have something bordering on narcolepsy, given the fact that he’s seen me fall alseep mid-conversation, whilst typing on my laptop and even, just once, whilst standing up. Honestly.

Sausage swings between our two afflictions; she’ll regularly be up until 11.30pm even after getting up at 7am, doing a full day of school and activities and us providing as relaxing an environment as possible at bedtime. She does, however, love her bed once she’s there and given how bad things had the potential to be, I’m grateful for how well she sleeps.

And so, with all of this in mind, I’m thrilled to announce that my sponsor for BritMums Live is…

We’re big fans of Silentnight, we have Silentnight mattresses on our beds as the quality is so high and we take our bedtime comfort seriously. I’m sure I’ll be telling you about more items from their range in the weeks running up to BritMums Live and in the meantime, you can click on the logo in the sidebar to take you through to their site for a browse around.

Happy Saturday, everyone, and if you’re going to BritMums Live; SEE YOU THERE!

If you want to subscribe to Mum’s the Word, hit this button:

You know how most of us muddle through life, not giving a second thought to our daily to-ings and fro-ings, unaware that the things that have become normality to us are, in reality, quite  random and out of the ordinary?

I had two wake up calls recently (if you’ll pardon the unintended pun) which made me realise that my life is out-of-the ordinary.

The first was a conversation with my husband in which we calculated that we spend an average of 4 hours a week (if we’re lucky) actually asleep in the same bed.

The second was a moment ago, when I set an alarm clock for my husband so that he can be up in time for a meeting, only have my alarm tell me “Your alarm has been set to go off in 3 hours and 14 minutes”. And it struck me. That’s it. That is my Husbands whole nights sleep.

From what I’ve been told, he’s been like it since he was a baby. I’ve spoken to his Mum about it and she recalls many a night spent in Husband’s bedroom, trying desperately to wear him out, whilst feeling as though she needed matchsticks for her own eyelids.

And he’s tried to ‘cure’ it, he’s tried the green strain and sleeping tablets and many methods of turning his body clock around. But nothing seems to work. I’ve seen it, I’ve seen the look of desperation in his eyes when he’s been awake for 48 hours straight and his body just will not allow him to slip into that sweet, deep, uninterrupted sleep that he so desperately craves. I’ve seen the mental anguish it causes him, on days like today, when he needs to function but is only able to squeeze in 3 hours of sleep.

Three hours is a nap to most of us. I’ll admit it, I’m one of those lucky fuckers who could sleep on a washing line. I mean literally, I have fallen asleep, standing up on a busy, and bumpy, train in the past. Sleep has never eluded me in the way it does for Husband, and on some days, if Sausage has an afternoon nap, I’m lucky enough to supplement my 8 hour nightly sleep with a two or three hour nap of my own.

And it has other knock on effects too. Husband is lucky enough to have a job which means he can work around his sleeping pattern, or lack of, which means that he can do a job and spend plenty of time interacting and spending time with Sausage. But there are times when the three of us are like ships passing in the night. And I can’t imagine how that must feel, it would break my heart to miss out on time with Sausage because I was being held prisoner by my body.

The other issue is that people’s perceptions of insomnia can be totally warped. We have an agreement that if I answer Husband’s phone during the day while he’s asleep, I don’t let on that he’s in bed, because when a person sleeps during the day, it’s generally understood that they’re either a baby, an octogenarian or a lazy so-and-so. And Husband doesn’t fall into the first two, so he must be the latter, right? But how can you explain, no, he’s not lazy, he’s been awake since this time yesterday and his brain has finally decided that it will switch off for a little while.

Then, you’ve got the added annoyance of other people. During the day, Husband is fully accepting and understanding of the fact that we have a two-year-old, and it is IMPOSSIBLE to keep a two-year-old quiet. But, because we don’t live on a homestead in Alaska, we live in a busy suburb, there is and always will be, noise during the day. We thought we’d cracked it by switching bedrooms so that our room wasn’t at the front of the house, thus removing any car noise (and moving further away from the opposite neighbour who insists on having the loudest, bassiest music blaring every second he’s in the car, including the five minutes he takes to warm his car up on his drive in the mornings).

The trouble is, we’ve now come to the conclusion that our new bedroom is attatched to our next door neighbours utility room. And I wouldn’t mind so much, but we live in a detached house and their ‘utility room’ is a seemingly illegal extension which joins right up to the boundaries of our house. But you can’t ask people to be quiet, in their own homes, during the day, can you?
And so, we plod on with our lives, unaware of the differences until something reminds us.

At the moment, I’m on a three night stretch of sleeping on my own. But it’s okay. If I’m not sharing a bed with my husband, then I mostly get to share a bed with a snoring, farting 60lb dog. But he does give great snuggles!

I’d love to hear about your ‘alternative lifestyles’, if anything, just to make myself feel a little better!