With sustainability becoming a popular talking point, many people are starting to ditch their petrol cars in favour of electric vehicles instead. Statistics show that younger drivers are the most willing to switch to electric, and it’s predicted that over half of young drivers are likely to switch to electric in the next decade. As with any vehicle, there are pros and cons, but if you are someone who wants to reduce their impact on the planet, then investing in an electric car is a great start. Investing in any new vehicle is a risk, so we’ve put together this article to tell you a few things you need to consider when buying your first electric car. Keep on reading to find out more.

END_OF_DOCUMENT_TOKEN_TO_BE_REPLACED

Once you have kids, it’s super common for your needs when it comes to a vehicle to change drastically. All of a sudden, instead of thinking about the 0-60mph times, you’re worrying about NCAP safety ratings and whether there’s a charging point in the back so that iPads don’t run out of battery on long journeys! With this in mind, I’ve been taking a look at Express Car Leasing to see what the best options are for family cars. Here are five of them:

END_OF_DOCUMENT_TOKEN_TO_BE_REPLACED 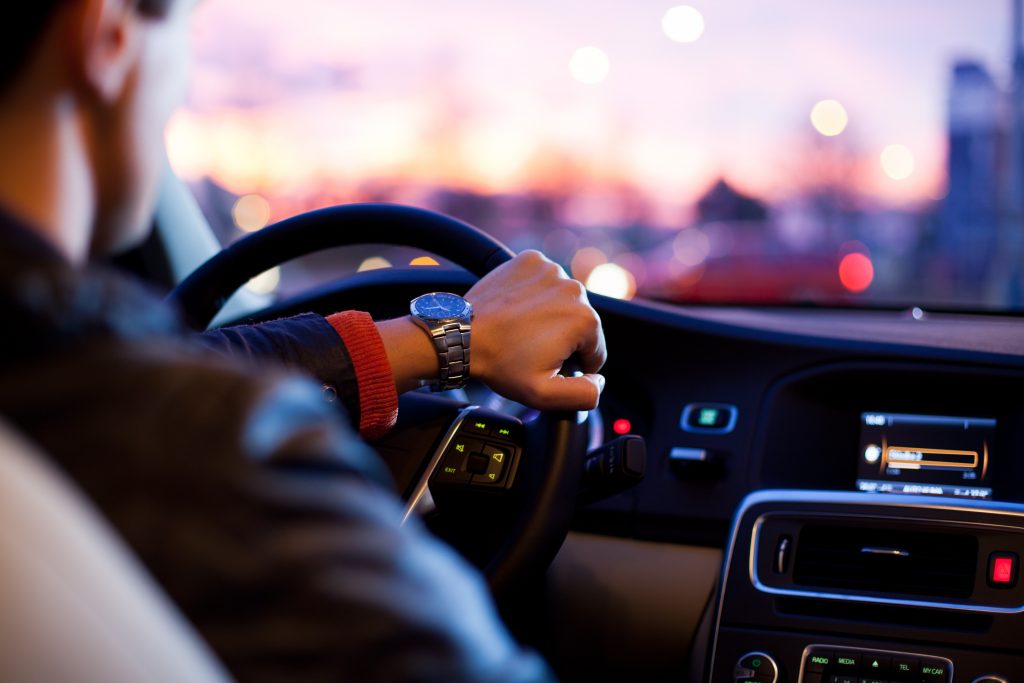 When it comes to being a motorist, there are a lot of expenses to consider. Aside from the initial purchase price of a car, there’s the tax, insurance, MOT costs, maintenance, fuel…it all adds up. There are, however, cheaper ways of running a car, such a leasing, so we’ve teamed up with Car Lease Supermarket to talk to you about all of the benefits of leasing a car instead of buying outright. Here are a few of them:

You’ll Get More for Your Money

When you lease a car, you usually find you’re driving a better vehicle than you would if you had bought one. This is because, with a car lease you only pay the car’s depreciation for the lease period, not the value of the car (because you don’t own it). As a result, your monthly payments are usually lower compared with other forms of finance, so you can lease a better make, trim or option.

You’ll Always Have a Newer Model

Apart from fuel and insurance, when you lease a car you know exactly what motoring is going to cost you because your expenses are rolled into one – monthly payments, Road Tax and breakdown cover. And if you include a maintenance package, your ability to budget becomes even stronger because you’ll know what’s going out of your account all in one go.

Leasing provides much lower maintenance costs than other forms of buying. This is because the person leasing the car does not retain ownership, so general maintenance costs are covered by the manufacturer’s warranty period. If the car being leased requires servicing or repair, the costs will be covered; this usually includes tyre and exhaust replacement.

No MOTs to Remember

Generally speaking, lease car are less than a year or two old, and cars don’t need to be MOT’d until they’re three years old. This means that it’s unlikely that you’ll ever have to worry about MOTs with a lease car because you’ll have upgraded to a newer model before it’s even due.

If you really don’t use a car that much but still need one to get around occasionally, why not think about using All Transportation Network to book reservations for chauffeured transportation? You’ll be travelling in serious style and saving yourself a whole lot of hassle.

When it comes to electric cars it’s no longer a case of if but when. The government has announced that we won’t be able to buy new petrol or diesel cars in the UK from 2030 onwards and even plug-in hybrids will be no longer from 2035, so electric looks like being your main option.

Electric car sales are on the rise already, though, with plenty of people recognising the plus-sides to EVs. They are cheaper to fuel and you can do it from home or at work in many cases, they can drive into city centres without paying charges (where they apply) and you don’t have to pay anywhere near as much tax.

That’s before you consider the fact that they are quiet to drive, often have lots of modern tech and many are good to drive.

If you are considering going green, then these cars would be a good place to start, plus you can find out how much your current car’s worth with an online valuation from market experts, Parkers.

Volkswagen’s Beetle enabled many people to get behind the wheel of a car for the first time when it first launched – could the ID.3 do the same with electric?

It’s VW’s first purpose built electric car (VW did make electric versions of the Golf and Up, though) but there will be lots of other ‘ID’ EVs to come from the brand. It looks different to other VWs, to set it apart, but it still offers a great level of family-friendly practicality and ease of use.

There’s space for five, it feels spacious inside and it feels familiar and accessible when it comes to driving it. There is a choice of ranges, too, with an impressive 260 or 336 miles possible.

Despite the company’s relative newness, no list of electric cars is complete without a Tesla these days. The Model 3 is the cheapest one in the brand’s range but it still comes with a load of the fancy tech that Tesla is famed for now.

The thing that will tempt many, though, is the promised 353-mile range – that should be enough for most long-distance trips. It’s really quick and fun to drive, too, so it’s little surprise that it is shooting up the sales charts [https://www.smmt.co.uk/vehicle-data/car-registrations/] to become one of the more popular cars on sale in the UK full stop.

If you thought Tesla was a newbie then compared to Polestar it is an established household name. However, there is more to it than that as this is an electric-only arm of Volvo. It’s also the company that is Tesla’s closest rival, offering some up-to-the-minute features like vegan interiors, although it doesn’t have as many gimmicks as some rivals with a minimalist cabin with very few buttons. Think the sort of living room that pops up in those Scandi dramas that are so popular. It’s smart and sophisticated rather than dripping with showy tech.

The range is impressive, although not quite at the level of the Tesla and ID.3 – it tops out at 292 officially. It’s not the most spacious of cabins compared to some, but it still has enough room to appeal to family buyers.

One of the big benefits of electric cars is that they are less stressful to drive – there is much less noise and vibration and the lack of gears etc mean they are relaxing on the road.

The Citroen e-C4 majors on this, and makes for a really smooth driving experience with a comfy ride and seats. While it isn’t a dedicated EV (there are petrol and diesel versions too) it was designed to be an electric car from the start.

The range isn’t as headline grabbing as some of the other new electric cars, but at 217 miles it will cope with almost everything for the majority of drivers. And it is capable of a lot more than the electric cars of only a few years ago.

Not everyone who buys an electric car wants to slip into the background unnoticed – you might want to make a statement with your funky new battery-powered wheels.

The Kia Soul is certainly distinctively looking, although its boxy shape means it still has a decent-sized and airy cabin, even if it isn’t the biggest or most practical out there. 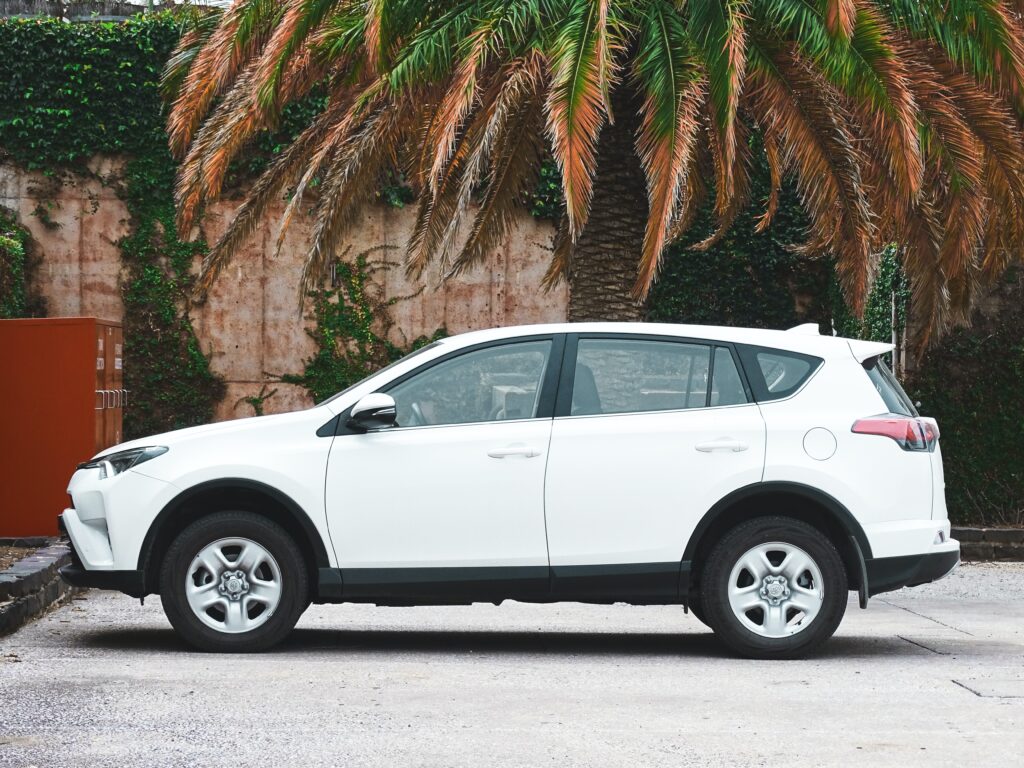 For many of us, when we think about having a car, we immediately think of buying a vehicle. But there is a different way – leasing! It was estimated in 2018 that 1.6 million Brits lease their car and we don’t doubt that that figure is even higher three years on. With this in mind, I thought I’d talk to you today about the reasons for leasing a car, rather than buying:

Believe it or not, the monthly cost of leasing a car is often cheaper than monthly finance payments. In fact, many people find that they’re able to afford a much nicer vehicle for their budget when leasing than spending the same money on finance. And don’t forget, most Leap vehicle leasing  will allow you to buy the vehicle outright at the end, if you want to.

There’s that old adage about new cars losing a huge amount of value as soon as you drive them off of the forecourt for the first time, and that’s something that is definitely true. However, when you lease a car instea dof buying, the value of the vehicle is someone elses problem. Because you’ll be returning the car to the dealer instead of selling it, you don’t need to worry about losing anything when you’re ready to get a new vehicle.

Many new cars offer a warranty that lasts at least three years. So when you take out a three-year lease, most of the repairs should be covered. Leasing arrangements mean that you won’t have to worry about the expense of repairs, should something go wrong with your car. Also, new cars don’t require MOTs for the first three years either, so you won;t have to factor this into your budget.

There’s nothing quite like the feeling of driving around in abrand new vehicle, and that’s a feeling you get to keep when you lease a car – when the lease is up in a few years, you can return it and get your next new car. This means that you’ll always have a new car which is maintenance and MOT free, too!

No Need to Sell

Are you the type of person who hates to haggle? If so, you probably hate the idea of selling your used car to a dealership or a private buyer. With a lease, you simply return the car. The only thing you have to worry about is paying any end-of-lease fees, including those for abnormal wear or additional mileage on the vehicle, but this is something you can keep an eye on yourself throughout the lease, so you should have a rough idea of what these charges might be.