When I was a kid, Pudsey and Children in Need was one of the highlights of the year – we’d get to do fun things like non-uniform days and bake sales at school to raise money for Children in Need and we’d all huddle round the telly for the night when it was shown on BBC One. Children in Need is now in it’s THIRTY SIXTH year (I know, it’s older than me!) having raised over £600 million since 1980 and this year they want us all to get a bit more active to help with the fundraising. Whether it’s leaps, launches, bounds or hops; the goal is for the UK to spring its way to one million jumps, turning jumps in to pounds. Boots is calling on people to get jumping with friends or family, at work or at home next week and in particular on Jump Day on the 26th of October.

The guys at Children in Need said “Helping to reach the one million jumps will be thousands of gymnasts from up and down the country who will be taking part in Jump for Pudsey challenges being staged in British Gymnastics registered clubs and leisure centres.  British Gymnastics has also created five easy jumps challenges for adults and children to do wherever they are, which can be found on boots.com and in the Jump Journal – available free from most Boots UK stores.

British artistic gymnast and five-time Olympic medal winner Max Whitlock is lending his support to the campaign to get as many people jumping as possible. Max says: “I think the Jump for Pudsey campaign is a brilliant idea! It’s great to have a campaign that not only raises money for such an incredible charity but also helps people keep fit whilst having fun. Even just a small amount of exercise like jumping can make a significant difference in helping people become healthier and happier. I’m sure lots of people will enjoy taking part and I know lots of gymnasts will be joining in and challenging each other to raise as much money as possible.” Many of Max’s fellow top Olympic gymnasts will also be showing their support for Jump for Pudsey by encouraging the public to get involved.”

Once you’ve done your jumps you can head over to the Boots totaliser to log all of your efforts with them and help get the total to one million! Jumping for Pudsey is such a simple and fun way to get involved, stay active, and most importantly raise money for disadvantaged kids in the UK and we’ve been getting our jump on in aid of this excellent cause, as well as roping in a whole bunch of Sausage and BB’s friends from school – take a look at some of our jumps below: 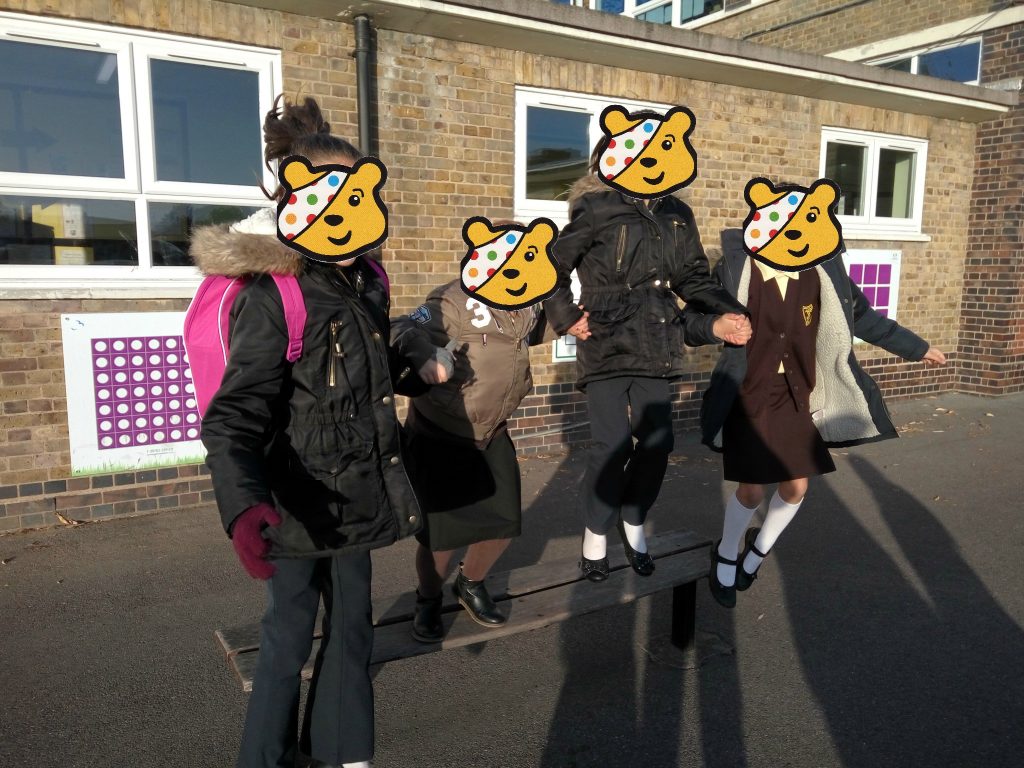 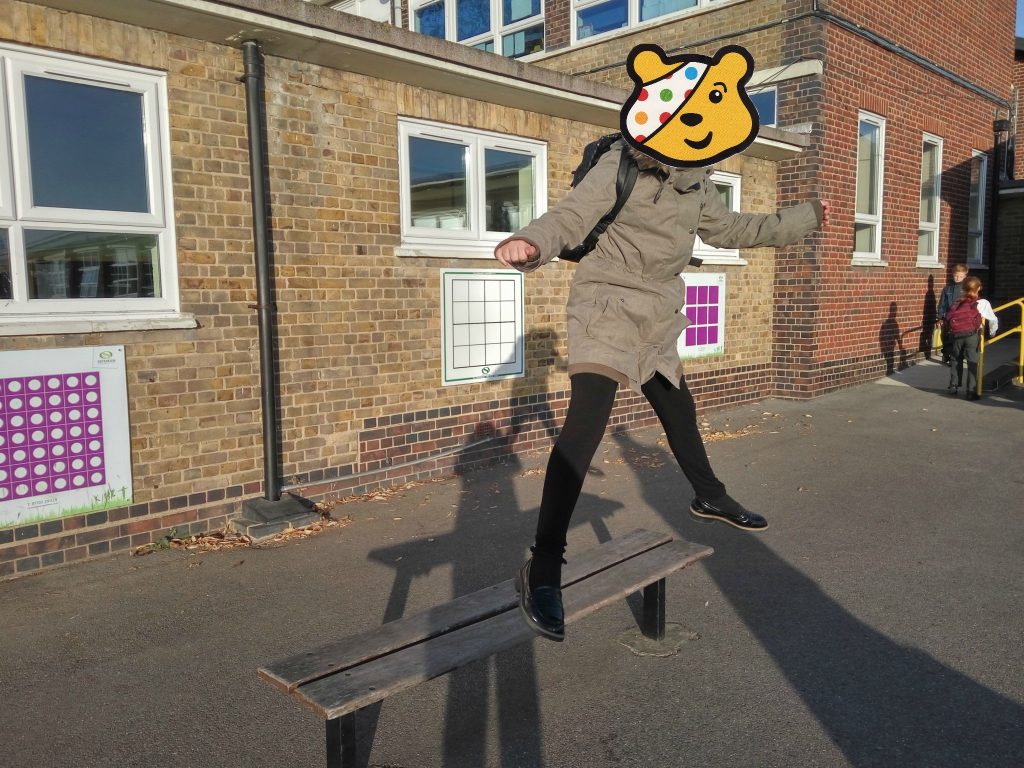 If you need a bit of inspiration into how to get a bit of bounce in your step, British Gymnastics have put together a fabulous guide to encourage you to jump, which you can see here…

People are being encouraged to share their leaps with #JumpForPudsey  and make a donation of £3 by texting JUMP to 70313, or via mydonate.bt.com/events/jumpforpudsey. You can also find out more at boots.com/childreninneed.

We’d love to see your jumps too, so don’t forget to share all of your tweets, instagrams and Facebook posts with us so that we can follow along.