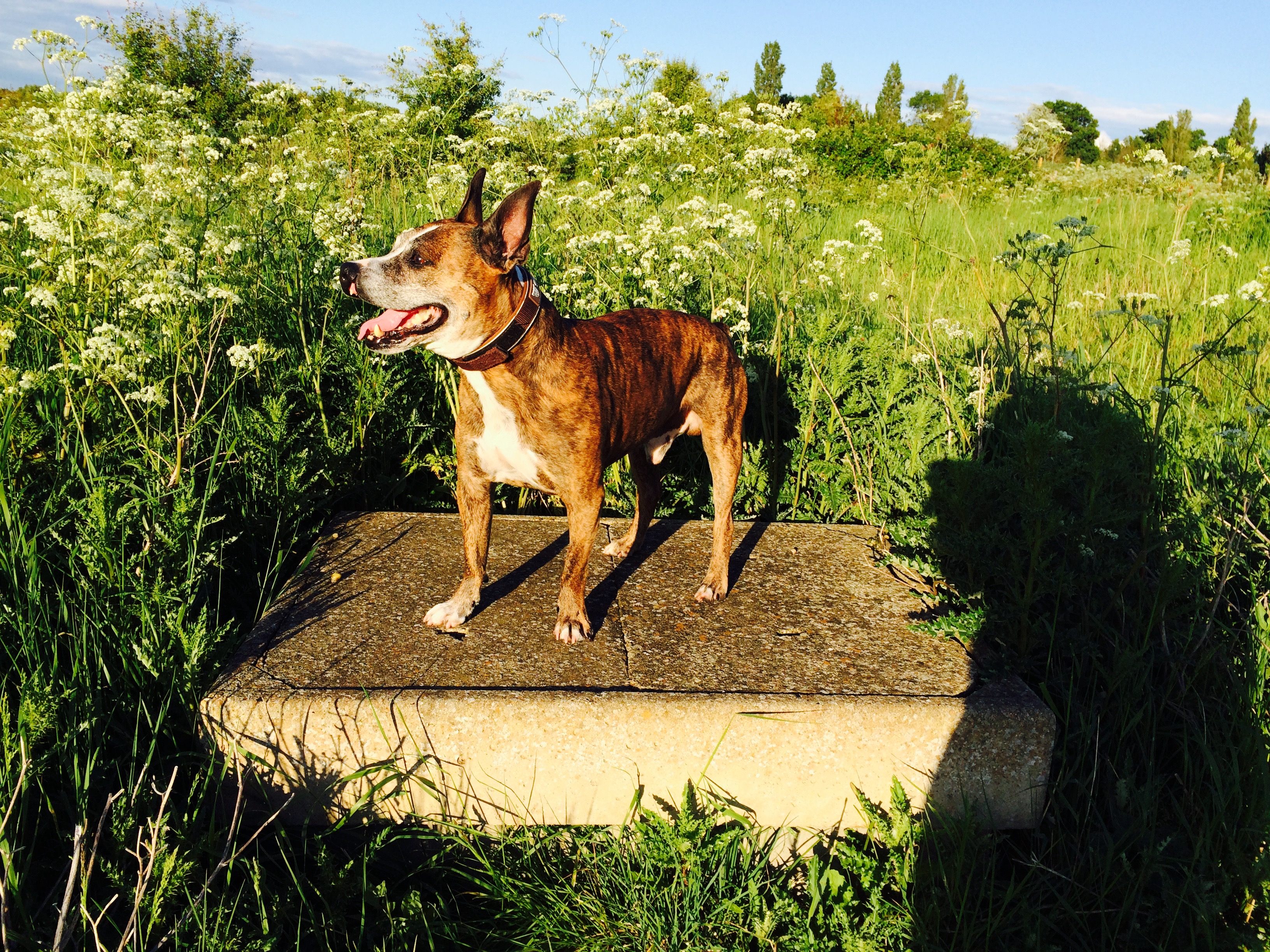 Having an older dogs brings with it added responsibilities. When Sausage was born, Chuck was a spritely boy of just 4, whereas when Burrito Baby came along, he was getting on slightly, closer to the age of ten, which meant that we made sure we gave him extra space and also a little extra love when the girls weren’t around as our attentions were so divided during the day that he sometimes missed out.

Nutrition is extra important, now that he’s older, as his joints are feeling the wear of age so we tend to opt for food which has added glucosamine, chondroitin and green-lipped mussel as it helps to bolster his joint health. He also has issues with a sensitive gut, which means that hypoallergenic food is better and gentler on his tummy. Luckily, there are some great brands out there which cater for all of these aspects.

Exercise is equally important as he needs to remain mobile whilst maintaining a healthy weight – it’s so common to see older dogs getting fat, which just adds extra pressure to their joints. Instead of taking him on long walks, which potentially cause him pain, we tend to take him on shorter walks but more often to give him the level of exercise he requires, with plenty of rest in between.

Sleep and rest is also all-important and we ensure that he has a bed which provides him with adequate padding and warmth. We also place his bed on a large memory foam pad, which we also add a heat pad to in the winter to ensure that he doesn’t get too cold as he’s short haired and his joints also seize up when he’s too cold.

In time, we’re also planning to build a set of steps for our old boy – he’s never been the sort of dog who isn’t allowed on the bed or sofa and we don’t want to stop him as he gets older, so a set of steps will enable him to get up onto high things without jumping and causing himself harm.

Keeping stress to a minimum is something we also find hugely important as he gets older. He’s never left alone for long as Husband works from home and I’m always in and out, but if we know we’re going to be away for a few hours, we’ll also ask my MIL to check in on him to make sure he has plenty of water.

Lastly, the most important thing to give them is plenty of patience and understanding. He’s not able to walk quite as fast any more so we make sure we allow plenty of time even for shorter walks and on the VERY rare occasion that he’s had an accident in the house, we remember that it’s not a behavioural issue, just that he can’t cross his paws for quite as long these days!

Hopefully if we carry on with all these things, we’ll have many years to come with our lovely fur baby and see him grow old in health and happiness.

2 thoughts on “Caring For an Older Dog”