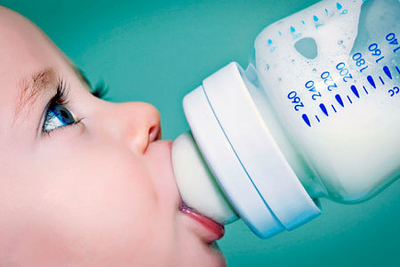 I promised myself I wasn’t going to chime in on this debate, it’s one of those subjects on which people will never agree and I completely respect the right of any woman to make the decision she wants to make in regards her own body and that of her baby. However, this latest piece of news about breastfeeding is leaving me feeling really upset. In case you haven’t heard, the Government has put forward a proposal to offer mothers who choose to breastfeed their babies a £200 shop voucher as a reward.

According to the BBC: “The pilot scheme is being targeted at deprived areas of South Yorkshire and Derbyshire and funded through a collaboration between government and the medical research sector. A third area is expected soon with the plan to trial it on 130 women who have babies from now until March. If it proves successful, a nationwide pilot could be rolled out next year.”

While I don’t debate that helping women who want to breastfeed is a positive thing, this scheme couldn’t be any less helpful to women who are not in a position to be able to breastfeed. Further to this, there needs to be a more general acknowledgement that being ‘physically unable’ to breastfeed isn’t the only valid reason for women to choose not to do it. What about those women for whom there’s a psychological issue? Is it fair to further add to the stigma for them?

The main reason I wasn’t going to comment on this issue was because of my own relationship with breastfeeding. As soon as I fell pregnant with Sausage, I knew that I would be unable to do it. The thought of breastfeeding is literally repellent to me; the thought of a child latched on to my nipple makes me feel physically nauseous (for reasons which are real and genuine, but I’m not going to go into here) and while some women may consider it selfish of me to not try and overcome these issues and feed my child, for me it was easier to reduce that pressure and give my child adequate nutrition by other means, enabling me to concentrate on being the best mother that I could be.

Am I jealous of earth-mother types who have no problem breastfeeding? Well, yes, I suppose I am, but only because they’re viewed as better mothers than me. As it turns out, because Sausage was in the NICU and I didn’t get to hold her until she was a week old, I never produced any milk at all, not even a slight leakage, so when people ask about feeding, this is the part I tell them, so worried I am about the stigma of bottle feeding by choice. But, consider this:

She’s never stayed with anyone other than Husband and I overnight and we rarely go out as a couple and leave her with anyone else.

She’s developmentally advanced for her age.

She’s kind, polite, well spoken and deeply considerate of others.

Do I deserve vouchers for this? Is none of this on-par in terms of importance with how I chose to nourish her as a baby? Does the person that we’ve raised not have more of an impact on society than whether she was fed from a bottle?

In short, my answer to this is no, you can’t please everyone all the time, but I’m not sure if this scheme does represent the many OR the few in either case. I receive a whole load of press releases each day and this morning alone, I’ve received emails with the following titles:

I’ve blogged before about the fact that I’m a huge fan of the NHS, but surely these three short sentences illustrate perfectly that there are SO many more valuable areas in which money could be spent? I understand that it’s NHS policy to encourage breast above bottle, but surely improving care and empowering women by helping them to have happy births is a far more sensible distribution of resources? As a mother who dealt with more than her share of pregnancy and post-natal issues, I can wholeheartedly say that a very close second, in terms of importance, to the health of the child is the mental health and happiness of the mother and pressurising women with financial incentives is just cruel.

In typical Tory fashion, the areas which have been chosen to pilot this scheme are ‘deprived’, which means that the Government is basically making new mothers jump through hoops for a small financial gain. Does that not seem rather distasteful to you? What of those women who have genuine issues with breastfeeding, but feel unable to turn down the financial incentive because of their circumstances? One of the biggest factors in causing post-natal depression is the feeling of loss of control at some point during the pregnancy or birthing process, so by forcing women to make decisions which make them uncomfortable, because they simply cannot say no to the cash, makes me genuinely concerned about the potential for a huge rise in cases on PND in the UK.

And more to the point, what right do these people have to try and regulate our breasts? There are FAR bigger issues to deal with than this and encroaching on women’s freedom like this is disgusting. But I’m not at all surprised – it’s Conservative mandate to systematically dismantle and divide, starting with the poor.

I guess we should have all seen this coming, really.

5 thoughts on “Sometimes, Breast Is NOT Always Best”