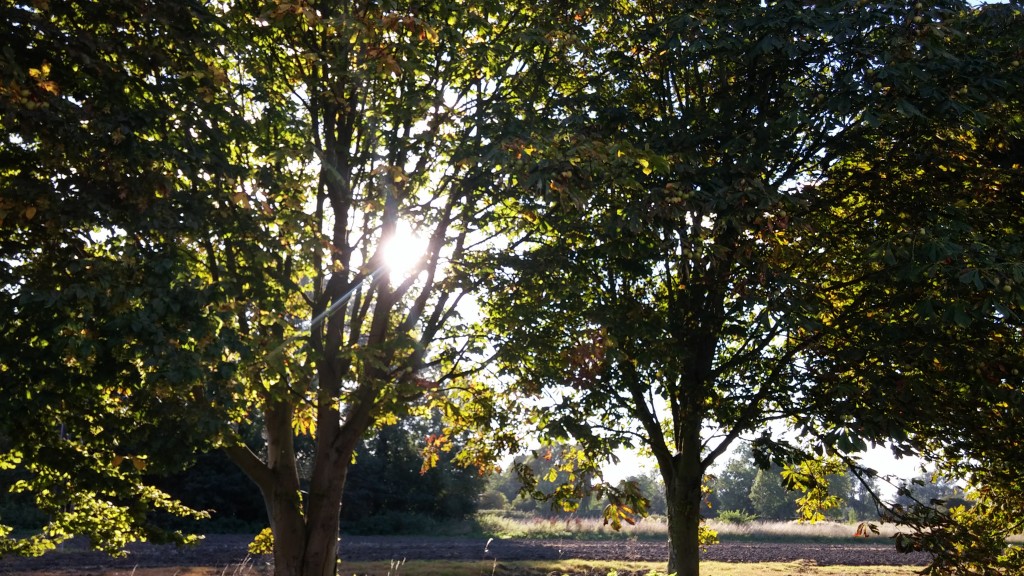 As you’ll know, if you read this blog (or follow me on social media, or happen to have stood behind me at a checkout recently…), six weeks ago we made the move to a tiny rural hamlet about 8 miles from where we were previously living. Six weeks exactly, in fact, but it feels so much longer.

It’s definitely been a learning curve; we’ve had to learn about living with an LPG tank to supply our gas, how to start and maintain a fire efficiently in a log burner, how to live with a whole host of new flora and fauna (since living here I’ve had to stop the car on two separate occasions to flap wildly about at some baby pheasants to get them to clear the way and just yesterday I had to pick up an elderly rabbit so that he didn’t hop under the wheels of my car!) and just how different it is to live somewhere with no shops and just one street lamp!

In terms of the actual house, there’s not much I’d change. We’ve got an issue with damp in one of the bedrooms, which the landlady is dealing with for us, but it’s quite a rustic little house so it doesn’t need luxury flooring and furnishings, just a little bit of charm and imagination here and there. I also cannot wait to decorate our huge Inglenook fireplace for Christmas!

If anything, living here has made me a better mother and wife. Don’t get me wrong, I’m still FAR from perfect but the distance from shops and conveniences means that I’ve had to be far more organised in terms of sorting dinner out and ensuring we’re well stocked with supplies. Even on a more basic level, I think that I’ve been happier overall since we’ve lived here and therefore less stressed and snappy. Husband and I are even getting along better as we’re more chilled out, which can only be a good thing.

We’re spending more quality time together as a family, too. In the last house, Sausage never felt at home, Husband hated the living room which was noisy from being on a main road and we all tended to drift around doing our own thing. Here, our evenings are spent in a living room that we love, warming ourselves in front of the log burner, watching films, listening to music, drawing or chatting to one another and it’s just so lovely. Living here has certainly made me enjoy the simple things in life. Before, Sausage would get home from school and I’d invariably need to pop to the shops for something or do some other errand or another, but here it’s far more a case of “once we’re in, we’re in” and I love that.

Making a move to a rural community was a completely unknown quantity to me before we moved here and although I was in love with the house and surrounding area, I was still apprehensive. However, six weeks on I can say that I truly love it here and I’m so glad we made the leap (and, I’m not kidding, as I typed that about half a dozen ponies just trotted past my living room window!!) and I hope we’ll be happy here for a very long time. 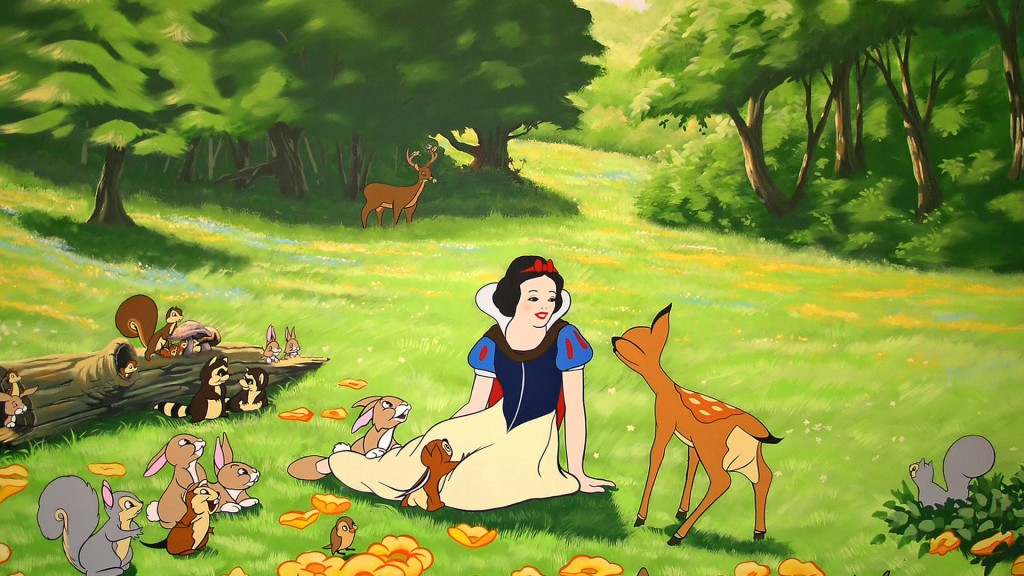 One of my favourite things about our new house is the immediate surroundings and the wildlife that lives within. Yesterday, we had to drive into town at about 7.30am and it was a glorious day; as we turned the corner out of the end of our road we saw rabbits, squirrels and phaesants, all just happily milling around eating at the edges of the farmers field. When you’ve lived in a very built-up town for the best part of 31 years and the closest you get to nature is next doors’ cat shitting in your sandpit and ripping open your bins, seeing this kind of scene on an almost daily basis is like that scene in Snow White, minus the housework-doing bluebirds! However, there is a downside to all this nature.

When I first started driving, back in 2002 (*boke* HOW can it be that long ago?!), I used to commute to work along an A-road every day, a drive of about 13 miles but it was then that I first started to notice roadkill. I may not show it, but I can be a sensitive soul and after a few weeks, seeing death and destruction on a daily basis really started to drag me down. I’d be at once repelled by the sight of squashed animals and obsessive about spotting them as I went. It was like a form of self-torture, my brain saying “I’m going to make you feel REALLY bad for the rest of the day” and I was really glad when I stopped doing that commute as it started to mess with my mental health, I think.

If we’re friends on Facebook, you may have seen my recent post about having seen a mouse run out into the road while I was driving along, followed by a weasel which proceeded to eat said mouse. It was all very David Attenborough but it was on this day that I realised something. If that weasel-eating-a-mouse had stopped in my lane, I’d have had no choice but to run it over. I was driving along that road at about 40 miles an hour (it’s a national speed limit road with a 60mph max, but I never drive that fast, especially if the kids are in the car) and it’s a narrow country lane with barely room for two cars to pass. There’d be no leeway for me to swerve, and quite frankly, if it’s a choice between Burrito Baby, Sausage and I ending up nose-down in a ditch next to a farmers field and saving a weasel, I know what choice I’d make.

Sausage is even more of a gentle soul than I and I’ve had to try to break it to her gently that these things happen and that one day, we may have no choice but to forge on regardless of whether something goes under our wheels. If I’m honest, I’m absolutely dreading it, for both of our sakes. I know that it’s a very real possibility and when (probably not *if*) it happens it will weigh heavily on us both. Just yesterday we saw a freshly-squished squirrel and the best way I could reconcile it for us all was to say “well, it’s sad for the squirrel, but I bet a crow or a fox will be getting a good meal for its babies today”. It’s all very Elton John, innit? #circleoflife

I know lots of people will think I’m barmy or a big baby for not wanting to hurt animals, but it’s just not in me to be so carefree about it. Regardless of what type of creature it is, it’s a life – and before you ask, no, I don’t kill spiders or insects either, so my regard isn’t only for those thing which are cute and fluffy!

Do you live in or commute through a rural area? Do you have any tips for avoiding wildlife on the roads, or any stories related? I’d love to hear about them, so please leave me a comment below.

Summer Adventure is a collaborative linky hosted by: Adele at Playful Learners, Becca at What Kidder did next, Jayne at Mum’s the Word, Laura at The Mummy Life.

Sausage will be starting school this September, so it’s important to me that we really make the most of this summer and do as much as we can together. Of course, an average family budget doesn’t extend to an expensive day trip every day and although we’ve enjoyed the cinema and Marsh Farm so far, I’ve also been doing a lot of research and brainstorming about nice, fun things we can do together that cost little or no money.

We live in an area that’s fairly diverse, in terms of the landscape, so not only do we have a coast for lots of beach fun, we also have countryside and wooded areas, and all of these represent opportunities for learning, fresh air, fun and exercise. Husband has planted and nurtured a really keen interest in nature, animals, science and learning in Sausage and when she was at nursery, they did a regular thing called ‘Forest School’, sometimes at the local woods and sometimes simply in the garden of their classroom.

Last weekend, we decided to take Sausage on our very own family forest school at Belfairs Woods, a wooded area which also has stables and a playground area. The parking is free, which is always a bonus and it’s right on a bus route too, so it’s easy to get to for most people. To make it as stimulating as possible, we let Sausage take her own camera with her and set her various challenges, simple things like ‘How many different types of leaves can you see’ and ‘What animals can you spot’, which gave her a real sense of purpose and she thoroughly enjoyed herself.

Although the day was sunny, the previous day had been torrential rain, so we were ploughing through muddy puddles in our boots and dodging mini streams that had appeared, all of which Sausage loved. We also encountered lots of horses as the riding school was trekking at the same time as us, so she really enjoyed seeing the different sized horses and watching their swishy tails!

We had a great morning, didn’t spend a penny (other than the petrol it took to get us there) and Sausage was really engaged and stimulated by the whole day, especially when a very friendly and inquisitive squirrel decided to stalk us through the forest, all it took was a little imagination to turn a run-of-the-mill activity into something fun.

If you’ve had any adventures this summer, we’d love to read about them, just link up below.