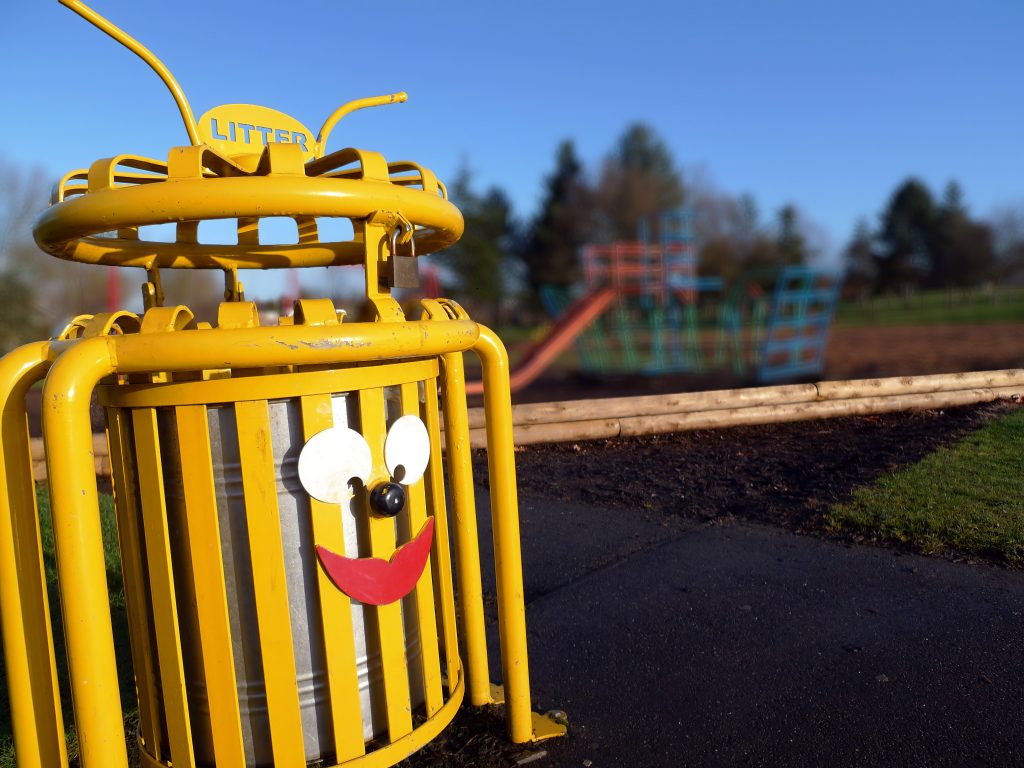 Dealing with garbage can be a real chore, especially if you have to do everything all by yourself. Fortunately, you can always take advantage of services that can take all of that trash off of your hands.

Generally speaking, you can choose to hire skip bins or rubbish removal services. But what is the difference between the two, and which should you choose for your specific needs? Read on to learn more about both types of services, and the pros and cons of each.

The Difference Between a Skip Bin Hire and Rubbish Removal

A skip bin hire is a service that rents out said bins to a specific location, such as skip bin hire Sydney. All you have to do is call them up and tell them what type of bin you want and when you’ll need it. The company will then leave the bin on your property for you to fill up. Once the bin is full, the company will return to pick it up. They will then bring it to a recycling centre or a waste disposal facility.

Rubbish removal, on the other hand, is a service where manual labour is also done for you. Typically, one or more workers will arrive on-site with a garbage truck. They’ll take care of collecting, segregating, and loading the trash onto the truck. Afterwards, they’ll haul it away to the correct processing facilities.

You can often rent skip bins for more than one day. This makes them ideal if you don’t generate a lot of trash very quickly. It will also cost less than hiring rubbish removal services over several days.

The biggest disadvantage to a skip bin hire is that you have to do most of the work. That means you have to collect and load the rubbish into the bin yourself. All the contractor will do is bring the skip bin to and from your property, and not much else.

Skip bins also tend to be too large to place on most front yards. This may force you to place the bin out on the street. Since streets are public property, though, you can only do so with a council permit. Failing to get a permit may result in hefty penalties. Hence, it’s best to do your research before renting a skip bin.

Additionally, some opportunistic neighbors may try to take advantage of your bin by throwing their own garbage into it. Unfortunately, there isn’t much you can do about it, unless you plan to keep an eye on your bin the whole time.

Unlike a skip bin hire, a rubbish removal service does all of the work for you. In fact, all you have to do is book an appointment and wait for them to arrive. They’ll do everything from start to finish. This means they’ll collect the trash, segregate it, load it onto the truck, and haul it away from your property.

Thanks to this, a rubbish removal service can save you a lot of time and effort. This lets you focus on the more important things while you let the pros take care of your trash.

However, all this convenience comes at a price. Because they do all the heavy lifting, they’re usually more expensive than a skip bin hire. While it’s cost-effective for one-time disposal, it may not be as economical if you don’t generate that much waste.

All in all, choosing between a skip bin hire or rubbish removal all depends on your specific needs. Before investing in either service, consider your budget and your schedule. Either way, you can’t go wrong with getting help from waste management professionals. 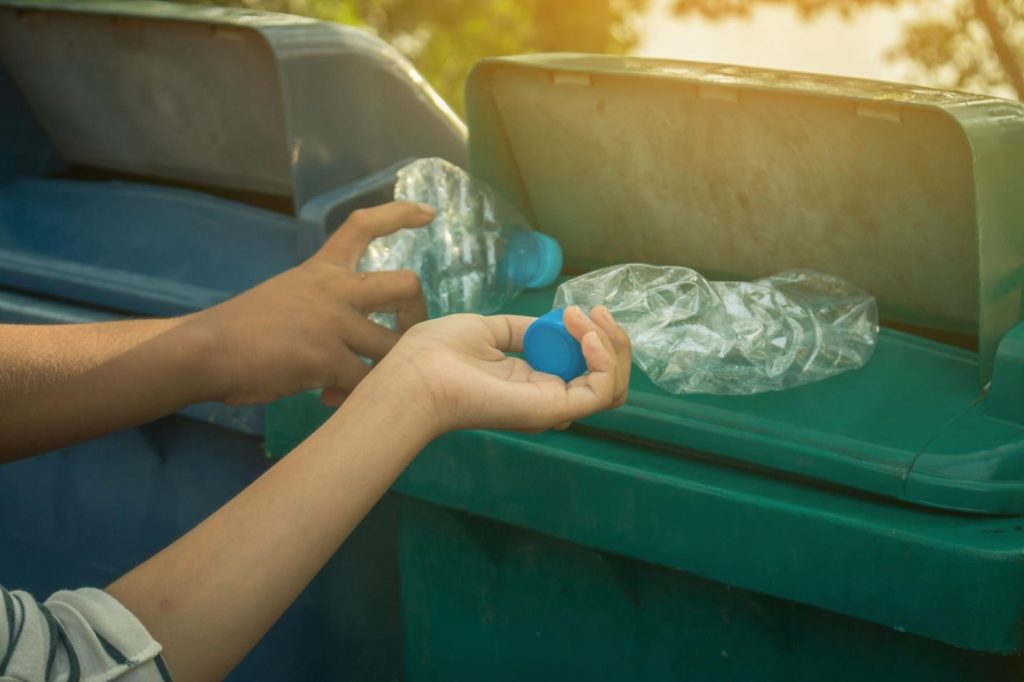 Besides a rubbish clearance bin, most UK citizens have a “single stream” recycling container in which they put all their recyclables. This includes everything from plastic juice bottles to discarded toys. Paper, plastic, and glass are all mixed together. Other countries, such as the United States, use single stream curbside recycling too because citizens tend to be lazy so they prefer not having to separate out the different types of recyclables they bin and the government doesn’t force them to. However, this convenience comes at a huge cost.

Single stream recycling is usually picked up by the same bin men as pick up the rubbish clearance bins. They simply throw it on a different truck or a different part of the truck. However, it is a problem that much of the household rubbish ends up in the recycling bin and vice versa before they even pick it up. Further, the rubbish clearance will often contaminate the recycling to the point it cab not be processed as recycled items. For example, if oil or grease gets on cardboard recyclables, it cannot be recycled and will end up going to the landfill anyway. This is the same reason that greasy pizza boxes cannot be recycled, although people often mistakenly put them in the recycle bin.

The single stream recyclables are taken to a materials recovery facility where it must be sorted in various ways. In some case, people actually remove certain items as the recyclables come down a long conveyer belt. In other cases, optical sorters, infrared sorters, and magnetic sorters automatically sort the waste removal while humans watch over the process and spot errors. Although this works amazingly well, the process is not perfect.

Susan Collins, the director of the Container Recycling Institute, a charity group based in the United States, reports that twenty-five to forty percent of the single stream recyclables actually get taken to the landfill. This is due to contamination and other issues in the sorting process and due to what happens in the recycle bin at home before it even gets taken to the materials recovery facility. As she puts it, “You can’t unscramble an egg.” In other words, once certain materials get mixed, you can un-mix them to sort them for recycling different types of materials. For example, if glass breaks into bits during transport, and contaminates paper recyclables in the same bin, these items may not be able to be sorted well enough for the paper and glass to both be recycled in the way they need, so they both may end up in the landfill.

Private on demand rubbish clearance companies, like Clearabee, in the UK seem to be the best equipped to deal with the problems associated with sorting (pre-sorting) and contamination. Further, they seem to reduce this problem just be how their process works and where they take the rubbish clearance they pick up. Luckily for ecofriendly oriented UK citizens, Clearabee has quickly grown to be the largest private rubbish clearance service in the entire UK, outcompeting the next largest similar service by a long shot.

The Clearabee teams are trained to pre-sort and then group together similar materials from different households and businesses. They then use technology to determine the nearest places that will accept each type of material for reuse or recycling, instead of taking these items to the landfill. They also put a preference on reusing materials over recycling them as reusing items is even more ecofriendly than recycling items.

Some customers of Clearabee are willing to help out and do a certain amount of pre-sorting before Clearabee picks up their rubbish clearance, although the Clearabee service does not require this. For example, one household doing some spring cleaning, may separate out the clothes, toys, glass bottles, and household items. This can help Clearabee get these different items to places where they can be reused or upcycled.

Over their eight years of being in business, with Daniel Long at the helm, Clearabee has strived to improve their reuse and recycle rate. Right out of the gate, given their mission, motivation, and business plan, they reused and recycled more items than any of the waste removal services hired by the local councils. Today, they have improved upon their original percentages and they now reuse or recycle about ninety percent of everything they clear! This percentage is on par with some other European countries like Finland, Sweden, and Germany who are considered the best recyclers in the world. They are approaching closed loop recycling and Clearabee isn’t that far off this mark either.

Clearabee has become a leader in sustainability on a world stage. Many UK citizens seem to use their service in part because of how ecofriendly their services are compared to any other service in the UK. Doing business with a socially responsible and environmentally friendly business is becoming increasingly important in one’s decision making process on which business to chose over another. Clearabee’s practices make that an easy choice for all the people they serve in England, Scotland, and Wales.