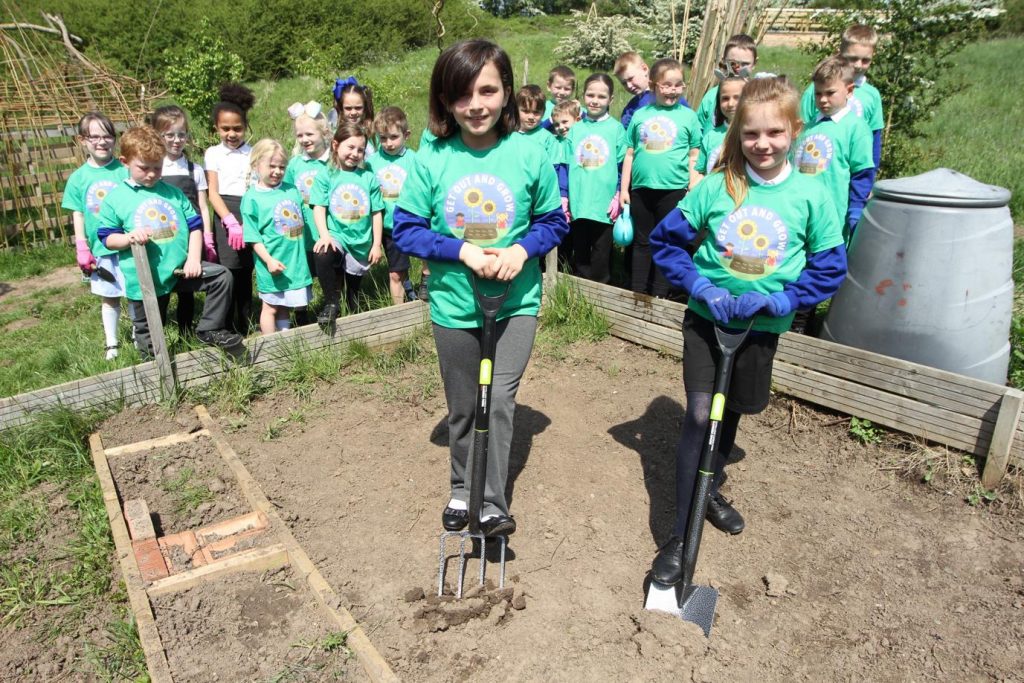 Here at Mum’s the Word, we’ve been long-time supporters of the Get Out and Grow campaign, pioneered by Sudocrem, in association with Greenfingers charity and Cliffton Nurseries, with the goal of getting children out of the house and into the garden. They sent us some facts which are, quite frankly, a little bit sad..

Despite the fact that 87% of British households have a garden, over half of British children between 4 and 8 are unable to name 5 vegetables or fruits grown in them and 95% were unable to name 3 herbs. Many of those couldn’t identify gardening tools, with only 8% able to identify a trowel, 80% never having seen a rake before and, worrying, 79% believing worms are bad for plants.

73% of those asked said they had never grown a sunflower, while only 8% had ever picked an apple, which perhaps explains why they’re unable to name even one. Less than 10% had dug up a vegetable and only 6% had ever eaten a fresh pea from the pod. Based on this evidence, it is perhaps unsurprising that only 20% have ever eaten a vegetable they’ve grown themselves.

Sudocrem is now expanding the initiative to include schools, based on the figures that 90% of children said that they would like a garden at school and at one primary school in Lincolnshire, a school garden made all the difference when it came to pupil’s behaviour. 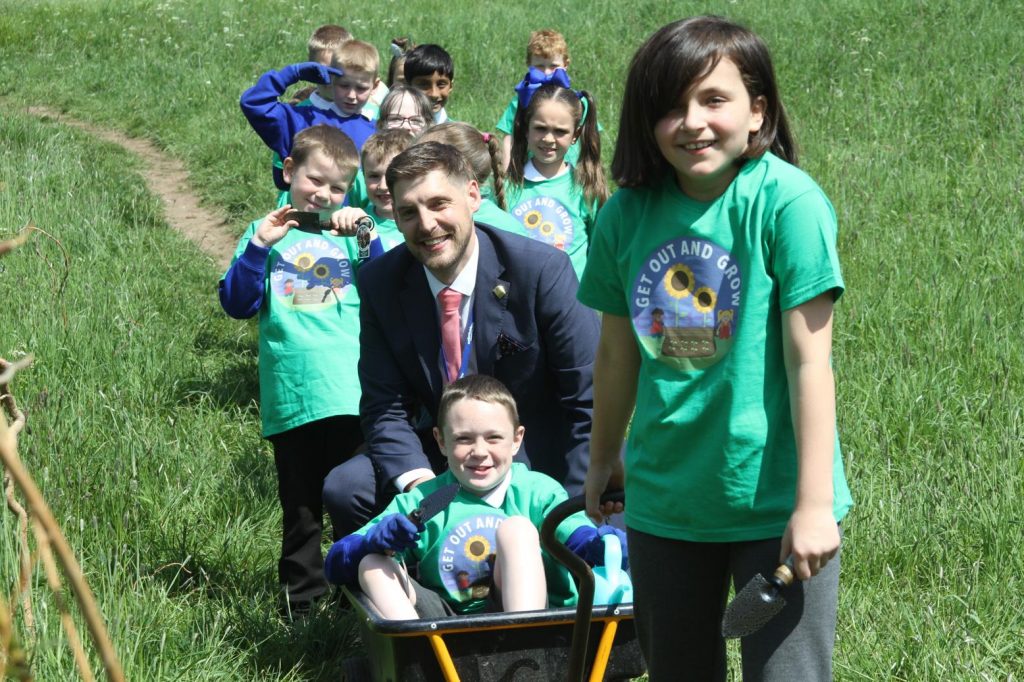 The Benjamin Adlard Primary School, run by headmaster Sam Coy, was previously rated by Ofsted as one of Britain’s worst schools. Four years and one school garden later, and the Gainsborough school has won the national Pearson award for School of the Year: Making a Difference.

Headmaster Coy insists: “The children absolutely love den-building, just generally getting dirty and nature hunts. One child recently told me that he loves going to the forest school on a Tuesday afternoon so much as it helps him to behave all week as he never wants to not be able to go.”

We’re absolutely delighted that Sudocrem is offering people the chance to nominate schools which they think could benefit from their very own gardening kits, and they’ve asked Mum’s the Word to be an ambassador for the project. 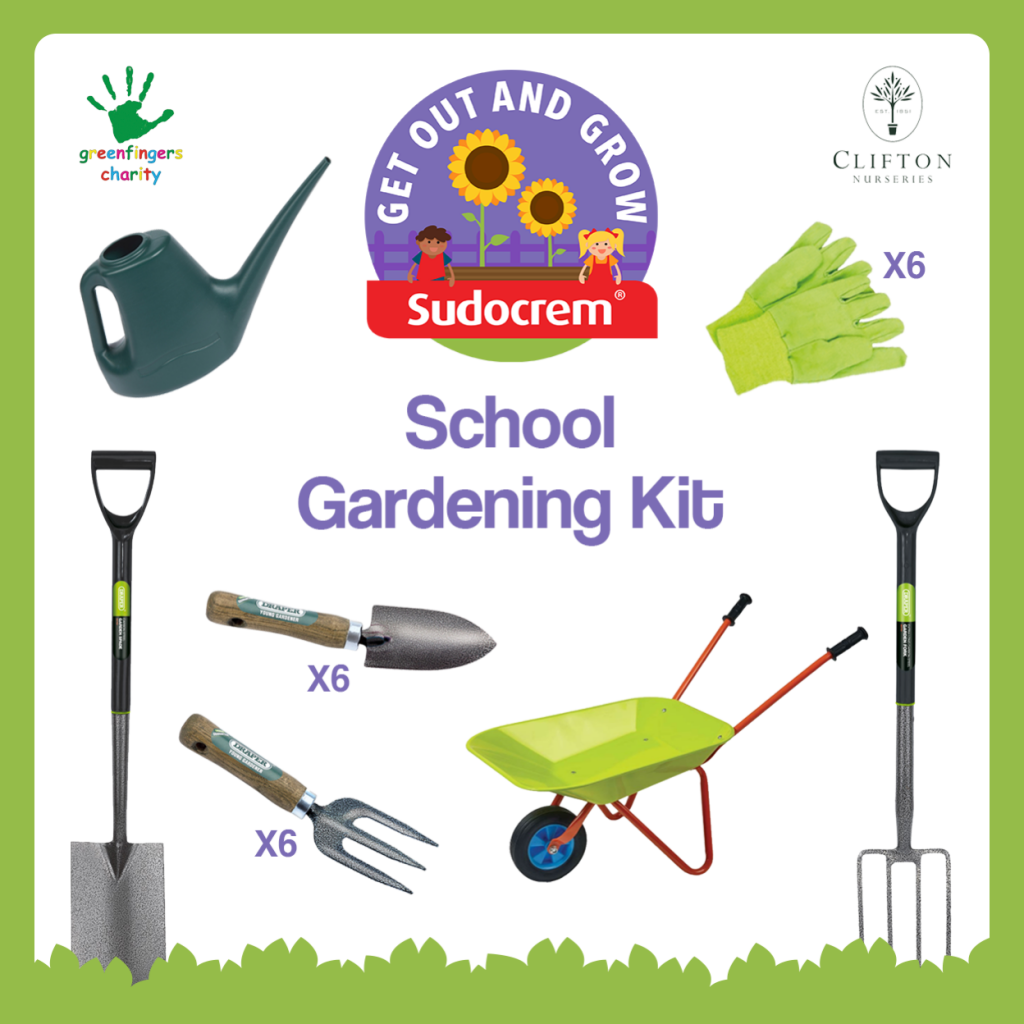 All you need to do is comment below the name of the school you wish to nominate and why you think they deserve one of the kits, comprising of gloves, spades, wheelbarrow and much more to get the school’s garden into full bloom. The kits are worth £160, but having the tools to get outside could be worth SO much more to the kids of the school you nominate.

Leave your comment by Sunday 9th of June and we could have the kit sent to the winning school before the summer holiday begin.

(Winner will be chosen by me, prizes will be provided by Satellite PR and sent straight to the winning school, no monetary alternative will be offered, all decisions are final) 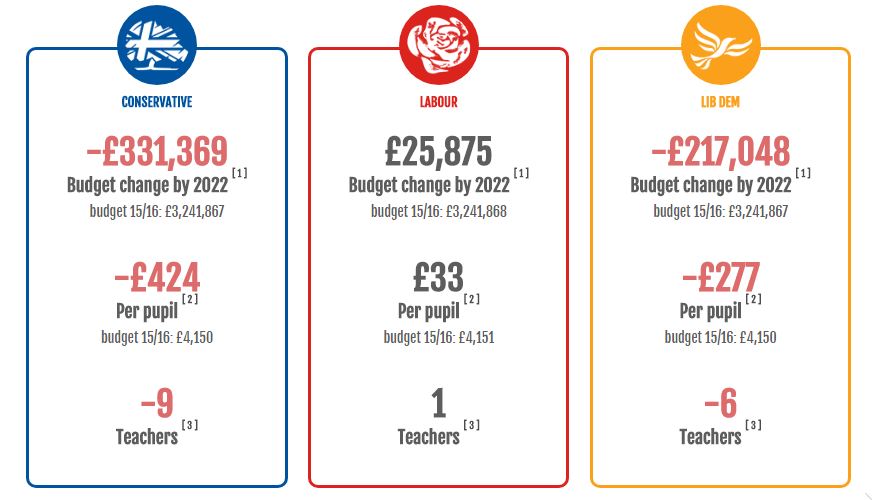