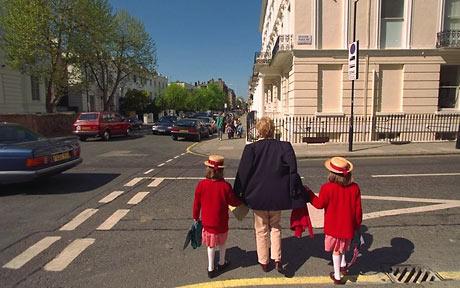 Unless you live in a cave with no internet access, you’ll likely have seen the stories all over the news about one headteacher who came out to slam the school run mums who have been wearing their PJ’s for the morning drop-off. She reportedly sent a text to parents stating “I have noticed that there has been an increasing tendency for parents to escort children to and from school while still wearing their pyjamas and, on occasion, even slippers. Could I please ask that when you are escorting your children, you take the time to dress appropriately in daywear that is suitable for the weather conditions?”

It’s one of those topics that pops up every now and again, usually in a Mumsnet community thread, where everyone will air their opinions, but for a headteacher to now comment, the debate seems to have been lifted to a new level.

I have a love/hate relationship with the school run. On the one hand, I hate the stresses of getting both girls ready in time, piling them into the car on cold mornings and eventually having to say goodbye to Sausage for six and a half hours, 5 days a week. Having said that, we also get some really nice time together to chat, listen to music and connect for little while, which is something I love. Now that we live further away from school, we have to leave the house at 8am every day in order to beat the traffic and get a parking space within a decent distance of the school, so our school run is over an hour by the time I get back home in the mornings, meaning we have to get up earlier than ever.

I think I speak for a LOT of stay-at-home Mums when I say that getting ME ready in the mornings is an absolute last priority on the list. When you’ve got children who need to be fed, watered, clothed, hair brushed, bags packed, various bits of homework remembered, drinks bottle filled, and myriad other things, being presentable myself is only just about on the radar. If I were going straight to work or out for some important engagement after the school run, things might be different, but if it’s a toss-up between an extra five minutes in bed or putting on mascara, I know which one I’ll choose.

I also feel that, as long as Sausage is cared for and presented to school on time and in order, what the hell does it matter what I look like? I’m not there for a fashion parade and I certainly don’t care what anyone else is wearing. Headteachers are certainly not paid to judge parents unless it’s a matter of welfare for their pupils. I cannot help but think that the headteacher who spoke out did so on a popularly contentious subject knowing that they’d get their five minutes of fame from it all.

Having said all of that, I do think there’s something a little off about pyjamas in the playground. It doesn’t take much to stick on a pair of jeans and a t-shirt, even if you have a shower once you get home. It definitely sends a message to the kids that it’s okay to have low standards – I wouldn’t take Sausage or BB anywhere in their pyjamas but if they were to see me doing it they’d get the impression that it was an okay thing to do.

What do you think? Should teachers keep their opinions to themselves? Are we all just busy mums trying to stay on top of everything? Should we be showing our kids that we value ourselves a little bit more by taking even 5 minutes for ourselves? I’d love to know what you all think so please leave me a comment below.