If there’s one thing that Husband and I have realised this summer it’s that we want to do more stuff as a family all year round. We put so much pressure on ourselves in the holidays to pack in the days out and activities that we’re all a bit burnt out and the holidays seem to disappear in the blink of an eye. We decided that if we did more stuff for the rest of the year, there wouldn’t be a big rush in the 6-week break and we could enjoy it all a bit more.

We’ve vowed to travel more within the UK and see more of our lovely isles, and one place we’d like to go is Cheshire. It’s a great county with so much to offer (and it helps that it’s home to a lot of players from our beloved Liverpool FC!), and the lovely folk at Laurus Homes have made a really interesting infographic to show some of the best parts of the area:

Here are some of the places we’d love to visit:

Blue Planet is the largest aquarium in the North West and you can view Europe’s largest collection of sharks through our captivating 71-metre underwater tunnel – you can even swim with them! It’s also home to over 100 living displays and thousands of marine creatures from around the world, so you’re bound to find something fun for the whole family!

These days, I’m a bit too much of a lightweight for the intense environments of most music festivals, but one which showcases the best jazz and blues sounds right up my alley!

The only thing I love more than shopping is getting a massive bargain and this retail park in Cheshire is a designer outlet, home to shops which give massive discounts off of designer brands!

Where in Cheshire would you love to visit?

A lot of wives hate the football season; at least once a week, they lose their Husbands to the TV or even stadium if they’re lucky enough to live near their chosen team and if their team isn’t doing so well, their moods can seriously suffer! However, here in the Mum’s the Word house, we’re a family of football lovers, so match days are a family affair, though sadly our team is Liverpool FC which means that the commute from Essex is a little far to make a regular pilgrimage to Anfield.

Back in 2013, we were lucky enough to be invited along by Liverpool FC’s PR team to visit Anfield for a stadium tour, museum visit and family fun day, all before watching a home game against West Bromwich Albion. It was an incredible day; we got to see Luis Suarez score his first home hat-trick and we eventually won the match 4-1. I was 5 months pregnant with Burrito Baby at the time, so whenever we talk about that day, we always say that all four of us have been to Anfield! It was an amazing experience and something I’m SO glad we got to share with Sausage – she still talks about that day over a year later and would love to go back again now that BB is here. 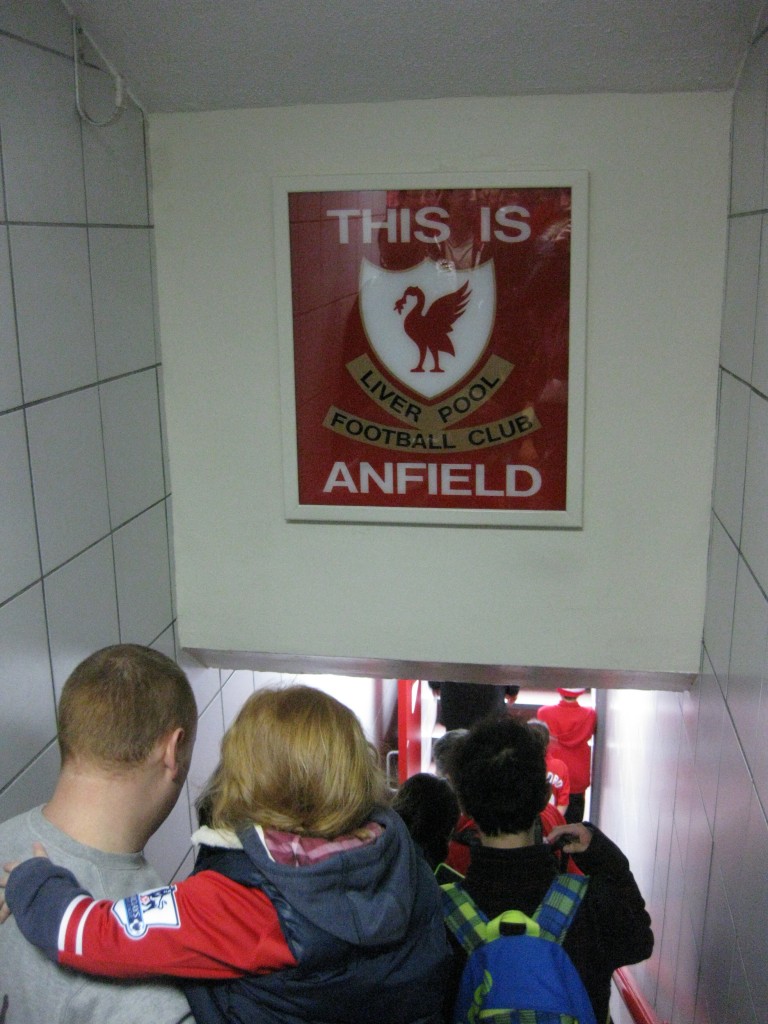 Liverpool FC is a really family oriented club, so supporting our team as a family is really important to us. On days when the matches are on TV, all of us congregate in the lounge to watch together and on special game days, we often have Husbands’ Dad and his wife over as they’re Liverpool supporters too. We love nothing more than sharing a pizza together and watching the match…there may even be a beer or two involved on good days, too!

In return for telling you about our football watching habits, Betfair has sent us a gorgeous Pamper Parcel, a new company started by a fellow blogger, Rosie Shelley, and in the spirit of equality, Husband and I have been sharing the contents – of course, the chocolate was yummed down pretty quickly between us and the girls, and I’ve slathered myself in the rich, firming moisturiser included in the box, but as Husband is the bath-lover amongst us, the bath bomb is being saved until the next time he has time for a soak! 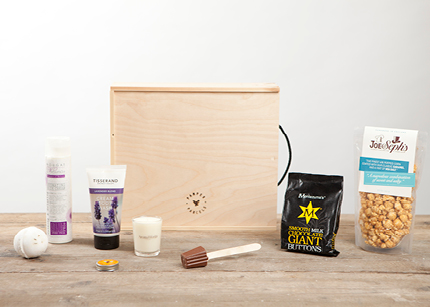 Are you a family who watches sport together? Does your family all support the same team, or are there any major rivalries going on? Are you a family of pamperers who love nothing more than soaking in the bath? Do you make good use of match days by waiting until the footy is on to give yourself a pampering? Leave me a message below, I’d love to hear all about your sporting (or NON-sporting) habits as a family! 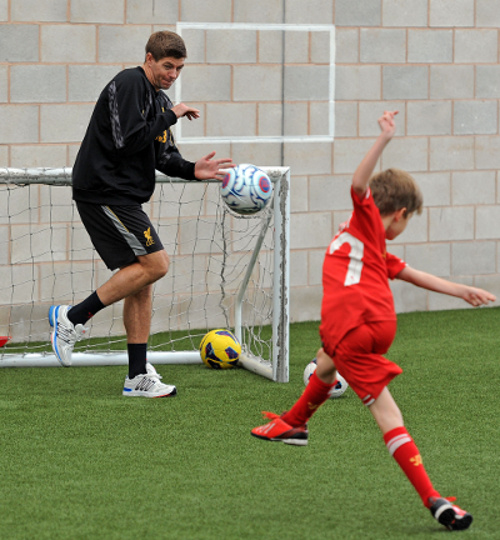 I never thought that it would end the way it did, with me finding out that you’d been cheating behind my back. I honestly never thought you’d do it to me, I thought you were honest and true, a real family man. But I couldn’t have been more wrong. You’d been flirting and courting the Russian for some time, or so it seems. I think that’s the bit that hurt the most, the fact that you were saying all the right things to my face, making an effort and going out of your way to pledge your devotion to me, and then playing away. I feel so stupid.

And more than feeling stupid, I feel so bitter. You made me believe in you and then took it all away with an ease that I never expected from you, an ease which almost took my breath away. I HATE feeling this way, I’m almost as angry with you for turning me into this cynical, untrusting person as I am for the betrayal that you found so easy

So now I know what it is you’re really after, you want more than I can offer, more money, more glamour, a trophy. And I just cannot make those promises. Honesty, hard work and integrity. That’s what I have.

But it’s not all it’s cracked up to be, is it? Far from being the prize you thought you were, you’re langushing. Oh yes, I’ve heard about your performance problems, your inability to fulfill needs. And I can’t say I’m surprised. I was willing to love you in spite of all of that. But you threw it in my face.

Does it kill you to see me doing so well without you? I’ve had my ups and downs, but I think I’m on the right track now, headed towards happiness and success. And I did it without you. Better off without you. It’s taken me a while to realise it, I still catch my breath when I see the odd glimpse of you, here and there, and although you’ve put on a good front, I can see you aren’t entirely comfortable, being touted about town like a cheap trinket.

So fuck you, Fernando Torres. I hope you’re happy. But just know, you’ll never find another club like Liverpool Football Club or fans like ours. And I reckon you’re still kicking yourself, even now.

I’ve been wantng to write this for a while, but in the deafening cacophony that was the aftermath, I had trouble finding my voice. So here it is, dedicated to each and every Liverpool fan. YNWA.

I’d love it if you could sign this petition, demanding full disclosure of all documents relatng to the Hillsborough Disaster, which will hopefully lead to justice for the 96 people who were tragically killed on that fateful day. You don’t need to be a Liverpool fan to sign, just a human being with a heart and a desire for the truth. We need 100,000 signatures in total and we’re just under 10,000 shy of that, so every name counts. Thanks.