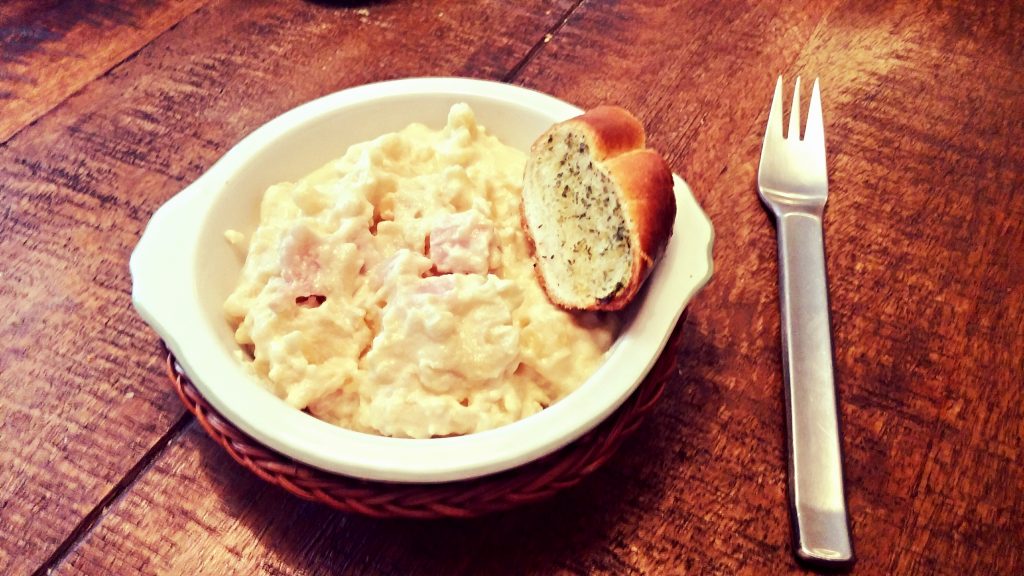 Today is day 2 of our slow cooker challenge and in the slow cooker today we have macaroni cheese! This one is quite a leap of faith for me because not only have I never made macaroni cheese at all, I’ve never even tasted it (other than one mouthful of the stuff you get from a can). We opted for this today as yesterday’s dinner was very rich and meaty, so we wanted to have something which is totally different, and it’s also one of the days when Husband does his longer run, so some carbs will be very welcome! The recipe is super simple:

In terms of slow-cooking, this recipe couldn’t be any easier – you could probably even forgo the frying off of the bacon and just chuck in some lardons raw, but I wanted to get rid of some of the fat, and also have that lovely salty flavour of bacon when it’s been browned. The result was an oozy, gooey cheesy delight which the whole family absolutely loved. What’s most impressive is that this dish, which was absolutely huge and could have served a whole other family as well as us, costs around 91p per portion, including the garlic bread, which seems brilliant to me.

Both girls absolutely loved this and I think it’s a meal which would also work really well cooked the day before and eaten cold for lunch, or even at a picnic or barbecue as a really tasty side dish.

Have you tried slow cooker macaroni cheese before? What did you think? Have we inspired you to try it yourself?! Leave me a comment below…or even better, join in with our 7-day challenge and blog your own recipe, then come back and link up below! 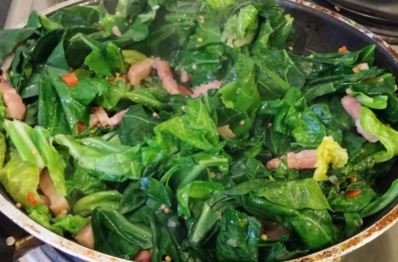 It’s not often that I do anything special, in culinary terms. I mean, sure, I can cook and I do alright for Husband and the girls, but we often have quite samey food and my repertoire isn’t what you’d call massive or adventurous. However, last night, we had a dinner that was one of the tastiest things I’ve eaten on ages, a little bit different to what we usually eat and came in at just over 600 calories per plate for a really filling meal, which I think adds up to a massive win! It was also really warm and comforting and uses seasonal veg. Spring greens are PACKED with calcium, so this is a great recipe for anyone with dairy issues who struggle to get enough of this essential mineral. (Also, bear in mind that while my culinary skill may be improving, my food photography skills and presentation are NOT!). Believe me, it may not look much but it is so tasty and super healthy. 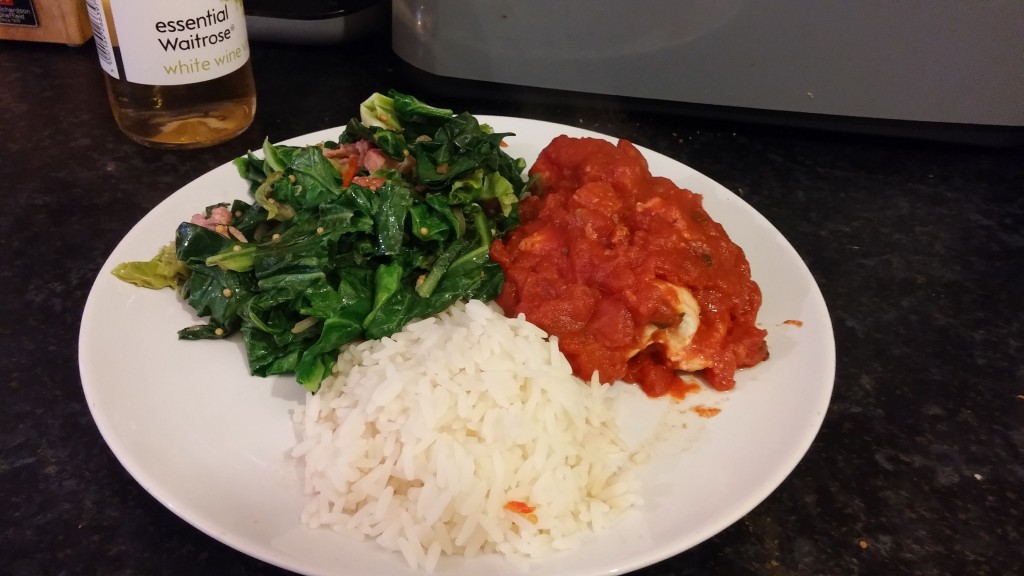 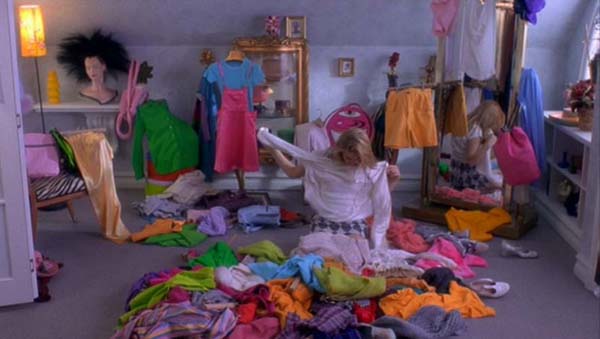 As parents, we’ve always tried to maintain what we felt was a good balance of gentle guidance and egalitarianism in the household. Sausage is a bright child and we’ve tried to allow her the freedom to make choices for herself, in the hope that this would both encourage her to learn how to make good decisions, as well as make her feel respected, and like her voice is heard as an equal member of the family. In a lot of ways, it’s worked really well and she can be assertive when she needs to be, without the need for foot-stamping and demanding behaviour, which is something she has never done.

However, I’m starting to wonder if, by giving her too much choice, we’re overwhelming her and putting too much pressure on her?

We’re not the sort of household which is very regimental; dinner is ready when it’s ready and more often than not we wait until after the school run to even work out what we’re having, which usually means a quick trip to the shops of an afternoon. Most days, I’ll ask Sausage what she wants for dinner, applying a little of the gentle guidance mentioned above when she requests things like Supanoodles or Coco Pops, but largely we work together to work out what our family dinner will be.

We do it with other things, too; on our walk to school in the mornings, there are two routes we can take and most days I’ll ask if she has a preference over which way we walk. I let her choose her own clothes when she’s not in uniform and she has freedom over what books she reads (although Husband and I both took a sharp intake of breath when she eyed a copy of Lady Chatterley’s Lover last week!), TV she watches and what games she plays.

Just lately though, I’ve been noticing a pretty dispassionate response to my questions. She’ll often answer “surprise me”, which I think is a way of removing the pressure on her to make a decision, and just this morning, I asked what she wanted on her toast and she answered “I don’t know, Mummy. You decide”. Is she shying away from making decisions because she’s feeling the weight of expectation on herself too heavily?

Husband came from a household where dinner was on the table at roughly the same time every night, everyone ate the same thing and there was no discussion about what it would be, by and large, it was simply prepared and served by his Mum. My upbringing wasn’t quite as regimented, but there certainly wasn’t anywhere near as much autonomy Sausage is afforded and, while I always thought this was a good thing, I’m unsure now.

Parenting means doing things in the way that you think is right for both yourself and your kids, but sometimes the way you do things can end up being the exact OPPOSITE of what your kids need and I’m really keen to identify issues like this and change them before they become too much of a problem. Husband has been telling me for months that we should just give Sausage her meals rather than asking her what she wants all the time, because of the stress she’s started to show and I’m starting to think I should have listened to him long ago.

Are we, in giving her so much choice, ladling too much pressure on her? Do you give your kids a say in every day decisions or do you make the majority of their choices for them? Do your kids ever show signs of being overwhelmed by too many options? Leave me a comment below.