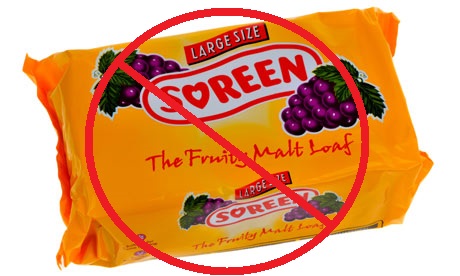 My friend Sarah is awesome. I’ve known her since I was 11, when we were united through a shared love of Friends and Oasis and although we rarely see each other, she’s one of the people I’d really miss if I ever did the unthinkable and quit Facebook. Amazingly, she seems to be one of only a small bunch of girls from our school who is a dyed-in-the-wool Leftie, although not really that amazingly since we went to a particularly snotty all-girls grammar school, populated mostly by girls from upper-middle-class-pull-the-ladder-up-behind-you types. Also, not all that amazingly because Sarah was raised by her Mum, Pat, who is about as awesome and righteous as it gets and so she was bound to turn out pretty bloody brilliant.

Since the news broke that the Tories would be dictating to us all again for the next 5 years, it’s become apparent that there are several brands who are big donors to the Conservative party and now loads of people have decided to boycott those brands, one of which being Soreen, as revealed in an article in The Mirror a couple of months ago.

Anyway, being the super amazing lady that she is, Mummy Pat has decided that she won’t be buying oppressive patriarchal malt loaf anymore and has allowed me to share her recipe for homemade malt loaf which, as a bonus, won’t try to strip you of your human rights. Here’s the recipe:

Eat and enjoy, safe in the knowledge that you won’t be contributing to the Tory coffers! Thanks Pat!

I’ve just been reading Angie’s post over at ‘A Whole Lot of Nothing’ and I wanted to write a post about it, because I honestly couldn’t agree more.

I think in this day and age it’s absolutely ASTOUNDING that people still take issue with others because of their sexuality. You can quote all the bible passages at me you like, but I will say this. For every quote ‘condemning’ homosexuality, there is another which says that God loves EVERYONE:

For God so loved the world that He gave His only begotten Son that whosoever believes in Him shall not perish but have everlasting life.

See? WHOSOEVER. Not “whosoever, but only those who love the opposite sex.” Whosoever chooses to believe in God, be it Adam and Eve, or Adam and Steve.

And for all those obedient Christians out there, let’s not forget:

But, you know what? I’m not even religious, I don’t go to church, I don’t know the Bible by heart, I just keep an open mind.

Another point I’d like to make is this: WHAT FUCKING DIFFERENCE DOES IT MAKE?

Honestly. What difference does it make to how a person can do their job/parent a child/teach a class, who they go home to and choose to share a bed with?

‘Cause here’s the thing: I DON’T CARE. Honestly, I don’t care. I’m just as disinterested in gay couples as I am in straight couples. It has no impact on my life whatsoever.

I cannot, just cannot understand how people get angry enough about another persons sexuality to actually resort to acts of anger and violence.

And don’t even get me started on the holy-rolling deniers who think that a person can be ‘cured’ of homosexuality. Why on earth would a person CHOOSE to be homosexual if they weren’t? I can imagine many people FORCING themselves into homosexuality if they weren’t 100% sure that it felt right.

And this is what I intend to teach my daughter. I will teach her that being gay doesn’t make you different, it doesn’t mean you are sinful or wrong, and it most certainly doesn’t mean that you will spend eternity burning in the fiery pits of hell.

Because, really, shouldn’t we just focus on the fact that it’s not just about sex, or lifestyle, or adversity?

And whoever you love is cool with me.

There’s been a lot of furore in the media recently surrounding various countries and US states, and their attitude toward equal marriage.

What I say is this: for a long time, we’ve been fed the image that gay men are promiscuous and don’t have long term marriages. Men want to sow their wild oats, so two men in a relationship couldn’t possibly be monogamous, right? It’s easier for people to think like this.

Anthropologically speaking, yes, all men are programmed to have much sex as they can to perpetuate their genetic line. By the same token, women stayed in the cave and bore children. Is this still the case? Why is it so hard for people to believe that things have evolved since then? That not only is it possible for two men or two women to love each other, but they might want the same thing that most other humans want; lifelong companionship and love.

This is no longer a gay issue, a straight issue, a religious issue or a family issue…this is a HUMAN issue and continuing to deny loving couples, no matter their structure, is an embarrassment to the human race.