While I’m a good socialist and don’t feel the need to be stinking rich, I’m also a HUMAN and often have wandering thoughts about where we’d live if money was no object. I do love a good rifle through the pages of Rightmove, and let’s face it, it’s a lot more gratifying to look at huge, fancy houses than your average two-bed semi in Reading! With this in mind, I thought I’d show you some of the fanciest address in the UK:

While it might not be famous for its residences, Harley Street is probably one of the best known addresses in the UK, and it’s DEFINITELY one you want to visit if you’re having a medical procedure. If you’re off for an ENT appointment and you have to go to 150 Harley Street, you’re going to be very happy to see that address on your letter! It’s been associated with medical practices since the 19th century and today has around 3000 people working there.

If you’re going to talk about fancy addresses in the UK, you can’t ignore a road called ROYAL Crescent! The famous row of houses is in Bath is considered one of the greatest examples of Georgian architecture to be found in the United Kingdom and is a Grade I listed building. Although some changes have been made to the various interiors over the years, the Georgian stone facade remains much as it was when first built. 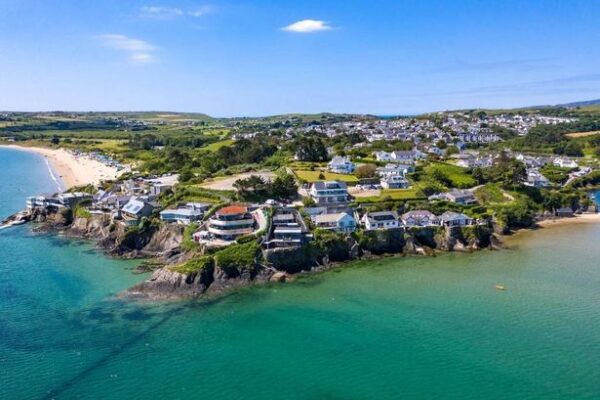 You could easily be forgiven for looking at this picture and thinking that it’s somewhere on the California coast, but actually, Benar Headand is in Wales, and is home to the most expensive protery in the whole of the country. A quick search on Rightmove shows that you’ll be unlikely to find a property right on the headland with change from £1.5 million, so you better start saving if you ever want to live there! 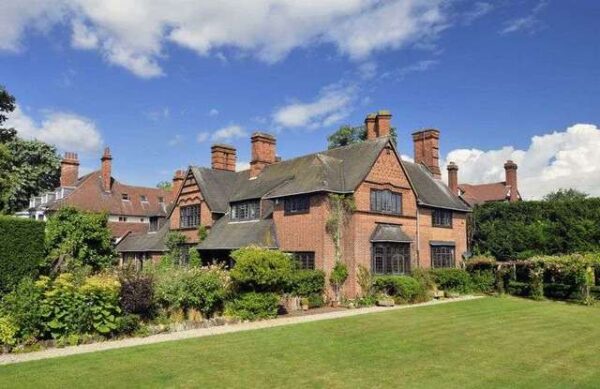 Although much of the UK’s super expensive property is located in the South and South East, that doesn’t mean that the North doesn’t have its fair share of swanky pads. St. Georges Place is in York and is considered one of the city’s most exclusive streets. It’s located close to shopping and entertainment as well as transport links, and while there are houses at the more affordable end of the spectrum, several houses are worth upwards of two million quid.

Once described as “the fourth dearest place on the planet” Sandbanks in Dorset is still an ultra desirable, ULTRA expensive place to live – but look at the images and you can see why! It looks like the UK’s equivalent of Star Island in Miami and the most expensive addresses for sale at the moment have an asking price of offers in excess of TEN million pounds! Talk about swanky!