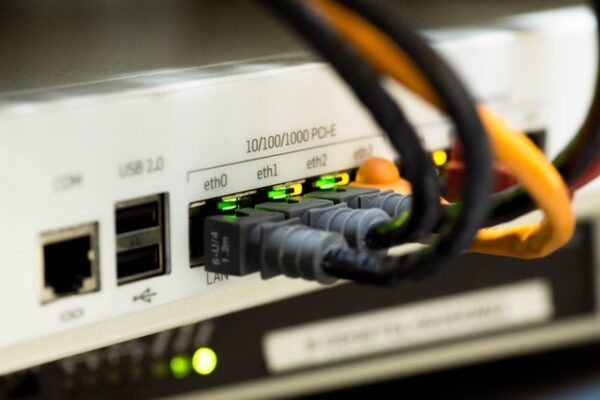 Husband and I were recently having a conversation about the best VPN for gaming and what our internet was like when we first started living together. At the time, we paid a fair amount for it and I think our speeds were around 5Mbps – we thought this was pretty good, but looking back it was terrible by comparison!

These days, our internet speeds are 500Mbps, and we often get much faster speeds than this too. It’s been a long time coming, to be fair – when we first moved to our current house, we were back to having 5Mbps speeds because the rural infrastructure was so ancient, so when it was all upgraded, we felt like we’d been catapulted into the future.

It’s all well and good paying for a decent internet package, but have you ever wondered if you’re really getting the speeds you’re paying for? Doing an online Speedcheck is the easiest way to find out but there are some things to remember.

Traffic shaping is something that some internet providers do, which means that at peak times you may find your speeds are slowing down. They do this so that everyone gets an equal share of the bandwidth, but it’s not always legit as it means you’re not always getting the speeds you’re paying for, so it’s worth checking your contract to see if it’s mentioned in there.

You can work out if your traffic is being shaped by doing speed checks at different times of day, both off peak and during busy times to see if there’s a consistent drop in speeds at a specific time. If you do find this, then it may be time to search for “internet providers near me” and find a different provider who won’t slow you down while you’re browsing.

Sometimes, there will be small print on your internet providers service, meaning that although you’re paying for one speed, this may be subject to certain conditions. Keep an eye out for words like “up to”.

Also, find out what the maximum speed you can receive through your infrastructure before commiting to a plan – it’s all very well taking out a package which offers “speeds up to 500Mbps” but if your local cables can only deliver 5Mbps, you’re going to be grossly overpaying for a service that it’s impossible for you to receive!

If you’re on friendly terms with your neighbours, it’s always a good idea to confer with them to see who they get their internet from, how much they pay and if they have a referral code which gives money off of theirs and your connection. If you know that your neighbours are getting a specific deal with isn’t being advertised, it gives you much better ammo for negotiating your price.

Another thing to bear in mind is that some providers will differentiate between wireless and wired speeds. If you use a tablet or laptop to surf the internet, you may find that your speeds are totally different to speeds you’d get if you were using a PC which was hardwired to your router.

To check the difference, invest in a network cable and test your speeds both wired and through your Wi-Fi. If you’re not getting Wi-Fi connectivity you expected but the wired speeds are okay, your ISP (internet service provider) may be able to offer you hotspots which can be plugged in around the house to aplify your Wi-Fi signal.

Don’t forget, check your speeds at different times of the day using Speedcheck and keep a log of them for 7 days before speaking to your ISP. It could be great for price negotiations to have the data on hand!