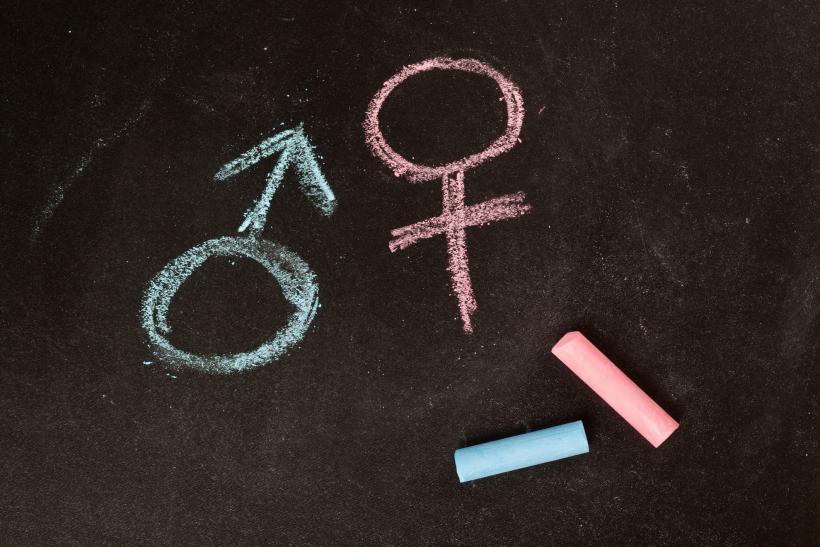 I’ve written before about how we don’t believe in gendered toys and that we encourage the girls to forget gender conformity when it comes to pursuing their interests, and for the most part it’s worked well. BB plays just as happily with toy cars and Nerf guns as she does with her Barbies, and Sausage goes to a martial arts class where she’s often the only girl. A phrase often uttered by me is “as long as you don’t need a penis to operate it, it’s not just for boys!” and despite the cringe caused by the word “penis” the girls are happy with this rule.

However, just recently, BB has run into some issues. It started a while back when she asked for some Teenage Mutant Ninja Turtles underwear, and we discovered that they didn’t make them for girls. We did, however, find some stretchy boxers on the boy’s section of H&M which had TMNT print on them and decided that they were just as good as knickers and would probably be quite comfy. BB has worn them, happily, for months.

A couple of weeks ago, she was getting dressed for school and I’d laid out her TMNT boxers for her to wear, and she got a bit upset and said she didn’t want to wear them that day. I asked why and she said that it was P.E. day, so she’d have to get changed in front of her classmates, and she didn’t want anyone to see her in her boxers. It transpired that a few kids in her class had been taking the mikey and telling her that she shouldn’t be wearing that underwear because it was for boys. She told the girl who was mocking her that “Mummy couldn’t find any others for me to wear today”, but she shouldn’t have to feel like she needs to make an excuse.

She’s quite a resilliant kid, our BB, but it was clear that it was bothering her to have her classmates telling her that she was doing something “wrong”. I started trying to ensure that I gave her girly underwear on the days she had swimming or PE, but the whole thing sat really uncomfortably with me.

BB’s school, like the rest of the country, offers free school meals in key stage one, but they recently got rid of their cold food provision, so if a child wants a cold lunch instead of a hot meal, they can now take a packed lunch. BB was super excited about this as she’s a little fussy with food AND wanted to show off her new lunch box. Her new Spiderman lunch box.

She’s used it twice, and BOTH times been told by some of her peers that her lunchbox is for boys.

The problem I’m having is this – what I want her to do is to tell them all off about their gender normative attitudes and carry on using whatever she wants to cover her ass and carry her lunch. However, it’s not me who has to fight the battle, it’s her. I can encourage her to stick up for herself and tell her classmates where to shove it all I like, but at the end of the day, she’s the one who has to do it. Part of me wants to protect her feelings, buy her the pink knickers, buy her the LOL lunchbox and let her conform, but a MUCH bigger part of me wants to encourage her to stick to her guns and wear whatever she damn-well wants. We don’t raise kids to be compliant.

The whole thing has really stuck in my throat. The saddest part is, I’m not surprised. I still see posts on things like Facebook Marketplace on an almost daily basis of people looking for “toys for boys” or a “pushchair suitable for a girl”. We’re STILL, in 2019, so hung up on the outdated rules we’ve had drummed into us about what is for girls and what is for boys and it’s being passed onto the next generations.

We’ve given BB a pep talk and told her that the opinions of others are not important, and that she should carry on liking Spiderman and Teenage Mutant Ninja Turtles without worrying about what people think, and I’m hoping it sticks but there’s a chance that the damage has already been done. Daddy also made sure she had undies she felt comfortable in for PE days and bought her some in pastel colours. NOT that we should have needed to…

If you’re reading this and still teach your kids that toys and charachters are only for a specific gender, please join us in the 21st century and update what you’re teaching your kids, because I will NOT be teaching mine to tolerate that kind of bullshit.

(Also, is it any wonder we’re still having these problems when THIS is what comes up when you Google “TMNT girls”…because obviously, no ninja goes anywhere without their handbag and fucking stripper heels. EYEROLL)