One of the reasons that we moved to our little house in the countryside, back in 2015, was so that we could spend more time outdoors as a family. Living in a very suburban area meant that we were constantly surrounded by noise and pollution, our garden was overlooked by about 100 other houses and to get anywhere even vaguely quiet or secluded, we’d need to drive a fair way.

Where we live now, there are less than 15 houses in our entire village and we have a lovely big garden for the girls to enjoy, as well as public footpaths leading through the countryside, right on our doorsteps. It means that screen time has been massively already reduced this summer, with the girls choosing to play outside in the paddling pool, riding their bikes, or walking with me and Husband when we take Maureen out (which hasn’t been until about 9pm in this heat!)

We’ve teamed up with Sudocrem to get involved with their latest campaign to get kids outside. As part of the campaign, they are encouraging parents around the UK to nominate a nursery and give them the chance to help improve the nurseries outdoor play area – just click the link to go through the the page for nominations.

They said: “Children are spending more time indoors than outside and they are missing out on exploring the natural world around them. In fact, research found that 1 in 9 British children have not visited a beach, park or forest in twelve months, and on average, a British child only spends 4 hours a week playing in the great outdoors. [1]This is why Sudocrem set up the award-winning Play More campaign, an initiative designed to encourage parents and children to get back in touch with nature and explore the greatest playground on earth- the outdoors. As part of the campaign, Sudocrem carried out a survey which asked 200 children between the ages of 4 to 8 years old to identify some of the creepy crawlies in Britain. The survey revealed that 9 out of 10 children (89%) were unable to recognise a butterfly even though there is an abundance of native British insects, with around 27,000 insect species calling the UK home. Moreover, 51% didn’t know what a Bumblebee looks like. And, surprisingly, 1 in 3 (29%) didn’t realise that bees make honey[2]. 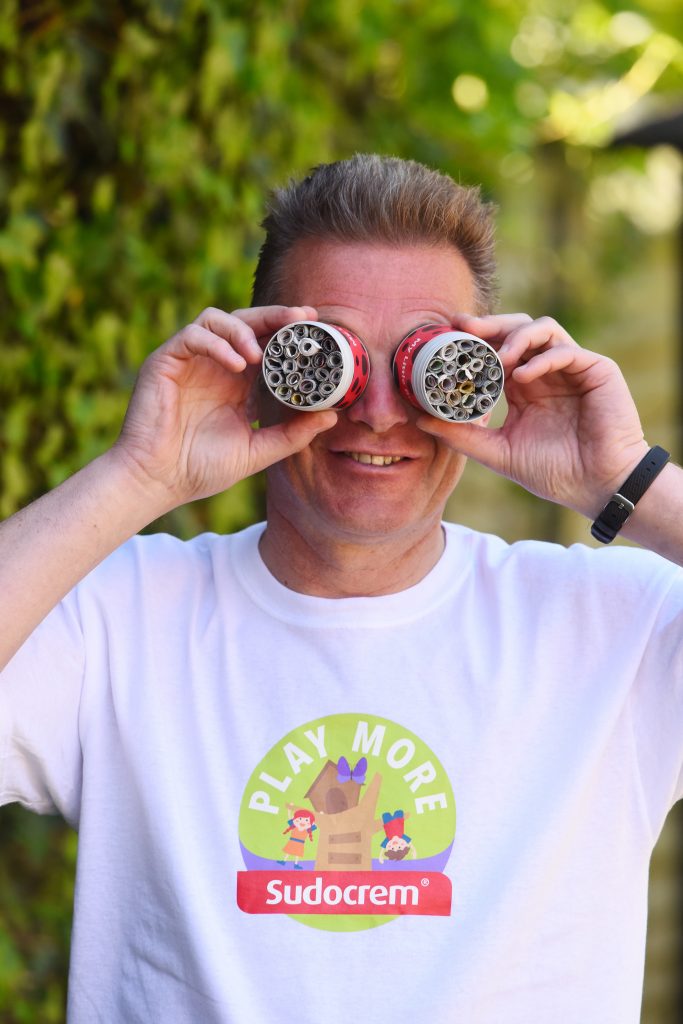 Children are not only unable to identify some of the most distinctive insects, but they are also missing out on the adventure which comes with playing outside in a natural environment.  Over half of those surveyed (59%) admitted that they had never climbed a tree, 89% didn’t know what a Buttercup was and 77% couldn’t identify a Sunflower. Are children losing their sense of wonder and adventure?

According to children’s TV presenter and naturalist, Chris Packham, who’s an ambassador for Play More, parents should be encouraging their children to get outside and explore the natural environment around them. “I was very fortunate when I was a child because I was encouraged to interact with the outdoors- looking under rocks and searching under logs and hedges to find creepy crawlies. If you just open your eyes, you’ll see that there is an incredible natural world out there waiting to be discovered”.”

They’ve given us one of their gorgeous Sudocrem My Little Adventure Packs to give away to one lucky reader.  The kit is worth £40.00 and includes:

To be in with a chance of winning, leave me a comment below telling me your favourite place to get outdoors with the kids. You’ve got until midnight on 31st July 2018 to enter.

T&Cs: winner will be chosen at random. Winner will have 48 hours to provide me with their postal address once contact has been made. If winner doesn’t respond within this time a new winner will be chosen. No cash alternative offered, prizes supplied and sent by PR company for Sudocrem. Mum’s the Word accepts no liability for supply of prizes.

[1] According to a government report, ‘MENE: A pilot for an indicator of visits to the natural environment by children- results from years 1 to 2 (March 2013-February 2015)’.

6 thoughts on “Play More and Win a Sudocrem My Little Adventure Pack!”