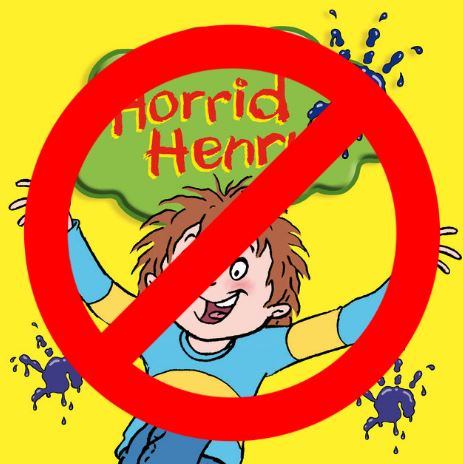 There’s no denying that Sausage and BB are very different in their personalities; Sausage has always been one of those kids who’s almost too well behaved and Husband and I have wished in the past that she’d been a little more outspoken so that she doesn’t just go with the flow and have her opinion disregarded. BB, on the other hand, is NOT the sort of kid to ever let her opinion go unheard and largely her strong personality is something we cherished (albeit through slightly gritted teeth at times!). Just recently though, we’ve seen a bit of a change in her personality and we couldn’t work out where it was coming from. Her normal strident approach to life was turning into a downright stroppy one, and it’s something which was impacting all of us.

One of the phrases which had mysteriously entered her vocabulary was “IT’S NOT FAIR”, which was usually accompanied by some sort of pout and throwing herself bodily onto the nearest soft surface, and I just couldn’t work out where it was coming from…until Sausage mentioned one of BB’s recent televisual favourites…Horrid Henry.

It wasn’t until Sausage mentioned how often Henry utters this phrase that we realised the direct correlation between BB watching the show and this phrase becoming her go-to protest. With age-gap kids, there was no doubt we’d face a bit of attitude from BB purely because Sausage is given a little more leeway and responsibility than her little sis – it’s normal; Sausage is nine, BB is three. However, the push-back has been so much worse of late and I’m definitely laying some of the blame on Henry!

I must confess, I’ve always been hugely sceptical when people blame things like TV or video games for kid’s behaviour. I’m a child of the Eighties, Husband of the late Seventies, so video games feel like they belong to OUR generation and I’ve seen far more evidence-based studies which prove positive effects of TV and computer games than the negative ones. We’ve always been pretty chilled out with what we let them watch and how much screen time we let them have, and with Sausage it never seemed to be an issue, but sometimes we forget that with BB, we’re not parenting Sausage Mark II, we’re dealing with a totally different kid…that and the fact that Sausage never watched a TV show, the entire premise of which was of a bratty little shit who no one actually likes!

So, in a somewhat unprecedented move for Husband and I, we’ve put a temporary ban on all things Horrid Henry for now, and if it makes a difference it will probably become a permanent ban. Instead of allowing BB to watch it when she’s using Netflix, we’re guiding her to shows where the characters aren’t mean and nasty all the time, where there’s no cries of “IT’S NOT FAIR” in every episode and where the main plot lines don’t revolve around mean-spiritedness. I never thought I’d be THAT mum, but it seems I am. And, after just a cursory search, it seems that we’re not the only ones either – I’ve found DOZENS of tweets from other parents about how they’ve banned Horrid Henry from their houses, making me feel a little bit less like Mary Whitehouse. 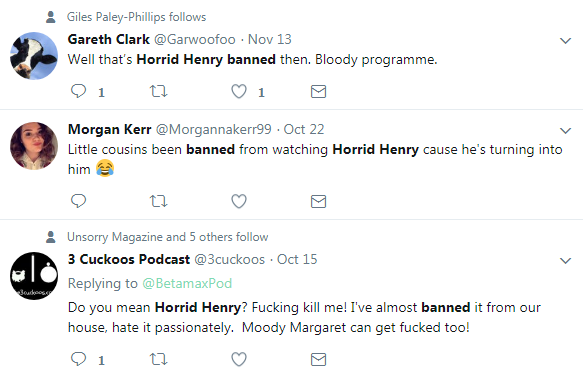 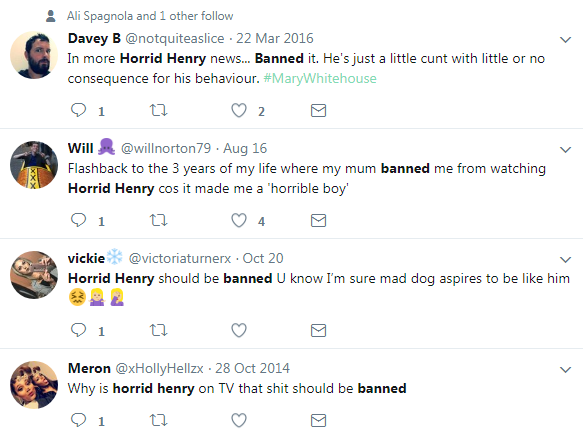 Have you ever banned your kids from watching a TV show because of the effect it had on their behaviour? Did it make a difference? (we’re only 24 hours in and it already seems to be making a difference to BB but that could be a fluke) Do you think that it’s all nonsense and that TV doesn’t really affect the way they behave? I’d love to hear your experiences and opinions on this so please do leave me a comment below.

One thought on “Taking the Horrid Out of Horrid Henry”