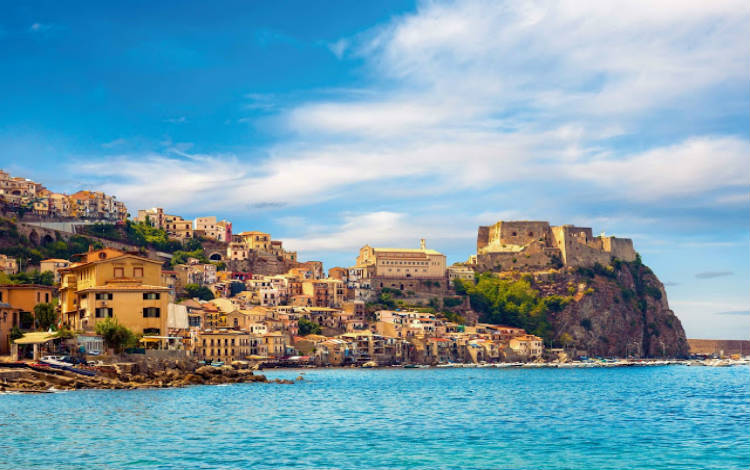 Husband and I spend a lot of time fantasising about where we’ll visit when we’re able to start taking holidays and one place that we definitely agree upon is Sicily. It’s considered to be a ‘wilder’ version of Italy and there are SO many things about the place that pique our curiosity. We’re planning to rent a villa in Sicily as we think it’ll provide a really good base for us as a family to explore from, and it also gives us the option to have lazy days in our accommodation, or to eat in rather than visiting restaurants for every meal. Here are just five of the reasons we’d love to visit Sicily:

Obviously, one of the things which springs to mind as soon as most people mention Sicily is Mount Etna, which is an active volcano on the island. It’s possible to climb the mountain and there’s a cable car which takes you to the summit. Once you get there, the views are truly breathtaking and while it’s all very well seeing other people’s photos, it’s a view I’d like to take in with my own eyes.

One of the things that a lot of people don’t realise is the huge amount of Greek history which Sicily has, including one of the best examples of a Greek temple on the planet! Husband and I love a bit of historical sightseeing and would be absolutely in our element wandering around temples for the day.

Every time I see a plate of Sicilian food, my mouth starts to water involuntarily! From the fresh fish to the cured meats, the pasta, the gelato, the cannoli and other pastries – I could go on, but I don’t want to start drooling on my keyboard! I guarantee I will come back from Sicily having gained a LOT of weight (fortunately there’s a lot of villas in Sicily with a pool, so I could keep some of the weight at bay while I’m there!).

From what I can gather, the architecture in Sicily is something to take notice of, not least of all because the island has a long history of different cultures using the island as a travelling way-point. Years ago, I read in a book that whenever you’re in a new city, you should look UP at the tops of the buildings because there are often little hidden treasures than so many people miss because they simply never look up, and I reckon Sicily has a lot of these treasures to find.

Coming from the South East of England means that I’ve always been fairly close to the coast wherever I’ve lived, and it’s given me a real love of the sea and beach. Sicily’s coastline looks absolutely stunning in every single image I’ve ever seen and I’d love to spend time both on the beaches and travelling the coastline.

Have you ever been to Sicily? Is it a favourite location for holidays for you and your family? Do you have any tips for hidden gems? Do leave me a comment below.