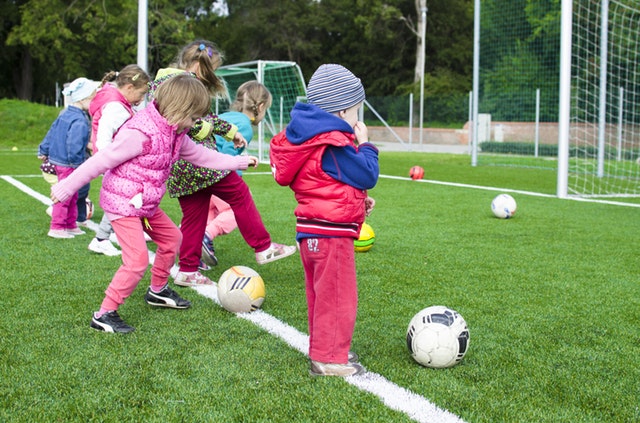 One of the very best things about soccer for kids is that they really can start at any age. It’s a very inclusive sport and is suitable for anyone regardless of height, strength or speed. Soccer is a relatively easy sport to learn when you’re just starting out, and it involves a lot of continuous action and running, which means it’s a great way for kids to exercise. Communication and cooperation are key skills on the field, which makes it a really nice way for kids to learn about teamwork (for more resources on teamwork and becoming a great footballer, take a look at Soccer Gap)

In fact, soccer is officially the most played sport in Australia, so they’ll always have friends to play with. According to a survey conducted by the Australian Sports Commission, 1,104,815 Australians participated in soccer in 2016. That’s over 400,000 more participants than AFL, and four times that of Rugby League.

There’s no ‘right’ age to start soccer, but here you’ll find some of the basics in terms of what you can expect in each age bracket, from 5 years old to 12 years old. Take a look…

It’s really all about getting out and having fun at this age. Teams will be smaller, with usually only four players on the field, and each half of a game will only go for around 15 minutes. They also probably won’t have a goalkeeper. While they’ll start to learn the rules, they probably won’t be very strictly enforced – it’s more about getting familiar with the basics and giving them a chance to develop a love of playing.

Starting at this age can set up a great foundation for building skills and understanding the fun that can come from exercise. It also gives them an opportunity to develop strong friendships across their years of playing.

By this age, there’ll be more players on the field, and there’ll be a goalkeeper too. The length of each half will probably be more like 20-25 minutes. Of course, it’s still mainly about having fun, but with more of an emphasis on preparing them for higher levels of the sport. Additional rules will be introduced, and some of that earlier leniency with enforcing them will start to reduce, giving them a chance to fully understand the details of the game. Some experts believe that 8 years old is the ideal age for kids to start playing soccer in a competitive team environment.

This is when coaches will really start to focus on skills in order to provide them with a solid foundation of technical competence. At this age, children are ready for a more structured approach to training too. The number of players allowed on the field increases to 9 a side (at 10 years old) and then to 11 a side (at 12 years old). The length of the game also increases, with 12-year-olds playing full 30 minute halves.

While things are more focussed at this stage, the emphasis will still be on having fun and building positive experiences.

All children are different and it’s hard to say whether there is an ideal age to start soccer. But, whatever their age, there are many benefits of choosing soccer. It is a contact sport, but it’s not a collision sport, which means its relatively safe compared to a lot of other team sports (especially other forms of football).

Beyond that, it’s well known that there are a lot of benefits for kids who play sport – it contributes positively to their physical health, can give them a great range of social experiences and can give them a great sense of achievement as they build their skills. If your child is interested in sports, soccer may well be a great place to start. You could also get involved and help out the team once you’ve got some basic disclosure from CRB Direct.

A sports camp can be a great entry point and there are many soccer school holiday programs in Sydney or your local surrounding area that your kids can get involved with.

4 thoughts on “Soccer for Children: A Guide to Getting Started at Different Ages”