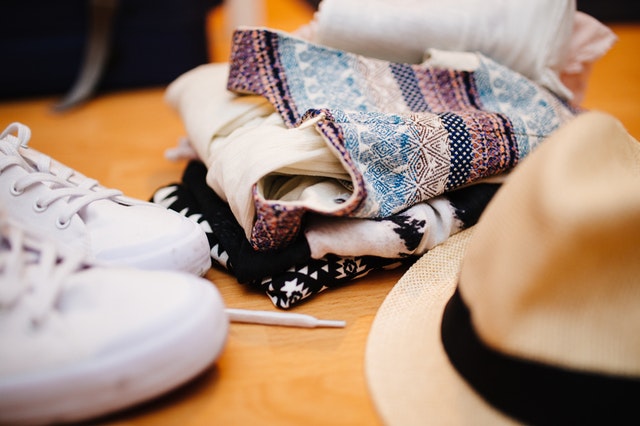 Since making changes to my diet and activity levels, I’ve not only lost weight but also changed shape (although the summer holidays has done a good job of undoing some of that, unfortunately!), which means that there’s a LOT of stuff in my wardrobe which no longer fits me. There are a few bits which I’ll hang onto, like t-shirts which still look okay, just a little looser than before, but so much stuff is now too big that I need to have a major overhaul of my wardrobe. I thought I’d tackle it bit by bit and focus on main areas which need replacing:

While I don’t want to invest too much money on expensive jeans before I’ve hit my target weight, there’s little more unflattering than ill-fitting jeans, so this is something I’ll need to replace sooner rather than later. It’ll be a while before I go for Levis or something with a label, but a few pairs from a High Street store should see me through the winter.

Being a co-sleeping Mama means that nightwear is a priority, especially with winter coming – I cannot BEGIN to tell you how often I get woken up by my own shivering because a duvet-hogging toddler has left me without a cover! I like to wear high-quality nightwear such as soft jersey pyjamas which will keep me warm but allow me to also breathe.

Being a big-busted lady means that I’m all too aware of the importance of a good bra, and changing shape has meant that many of my old bras are now too big around the band. My bras are generally expensive, no matter where I buy them from, but it’s something that I need to just suck up and deal with so that I can maintain good support.

This is a pretty general category, but I tend to keep a lot of basics like plain vests and t-shirts which I can use to layer up in the colder months. Being in and out of the car all day means that I HATE wearing coats and thick clothes, so wearing a few thinner layers keeps me warm without making me feel too bulky and uncomfortable. Most of my current basics are either too big or have holes/bleach stains on them (hands up who else ruins EVERYTHING whilst cleaning?!) so replacing them is something that I need to do on a fairly regular basis.

I do love a good woolly, and as I said above, they’re an Autumn/Winter staple for me so that I can use them for layering. As with jeans, ill-fitting woollies can be super unflattering (I threw a jumper away in 2013 purely because it clung in ALL the wrong places and I got asked three times if I was pregnant while wearing it!), so I need to invest in some jumpers and cardies in smaller sizes now.