It feels wrong to be writing about this less than a day after the horrible events in Manchester yesterday but it also feels wrong to let it go without saying a word. Apologies if anyone feels like the subject matter is too raw, but timings can’t always be perfect.

Since the news broke about a suicide bomber at an Ariana Grande concert in Manchester, I’ve seen a lot of people reconsidering their own plans; one friend is due to go to a completely different gig in Manchester at the weekend, and Husband and I are even umming and ahhing about the Bad Religion gig we’re taking Sausage to later in the year. The main response I’ve seen to people questioning their worst fears is other people saying “You can’t change your plans, that way they’ve won” and while I agree with the sentiment to an extent, it’s an issue which is so much more complicated than this one glib statement.

Ideological warfare perpetuated by extremists is ALWAYS done to incite fear in people and in this case, it seems to be working. I won’t go into theories of why this has happened, not least of all because there were so many children involved, but between this and the attacks at the Bataclan in 2015, it seems that places where people are going to enjoy themselves in large crowds are being seen as an easy target (remember when the IRA bombed pubs in the 1980’s? Same concept, I guess).

I think it’s a uniquely British thing to say “Keep Calm and Carry On”, but by the same token, isn’t this level of stubbornness putting us a risk? We can’t change our lives and cancel all of our plans but at what point do we draw the line and decide that some things are too dangerous? I just don’t know. I don’t WANT them to win, but I also don’t want to do something I regret.

In the grand scheme of things, the odds of something like this happening to you are in the millions to one; obviously the odds get slightly higher with each attack but as it stands you’ve got more chance of being struck by lightening or run over by a bus. We don’t stay indoors for fear of lightening strike, so should we be equally ambivalent to the threat of terrorism? I wish I had an answer for you, because at the moment my main instinct is to collect Sausage from school early, come home, stay indoors and not leave again for a really long time.

My heart hurts for the families who’ve lost someone during what they thought would be a joyful night of pop music and fun and I’m struggling to come to terms with even more cruelty in the world. I know we can’t, as humans, enjoy peace and love all the time because it just doesn’t work like that, but I just wish that I could envisage a future where any of this gets better. If the men in spaceships turned up today and offered us a lift to another planet, I think I’d take it.

Stay safe, love each other, be kind. 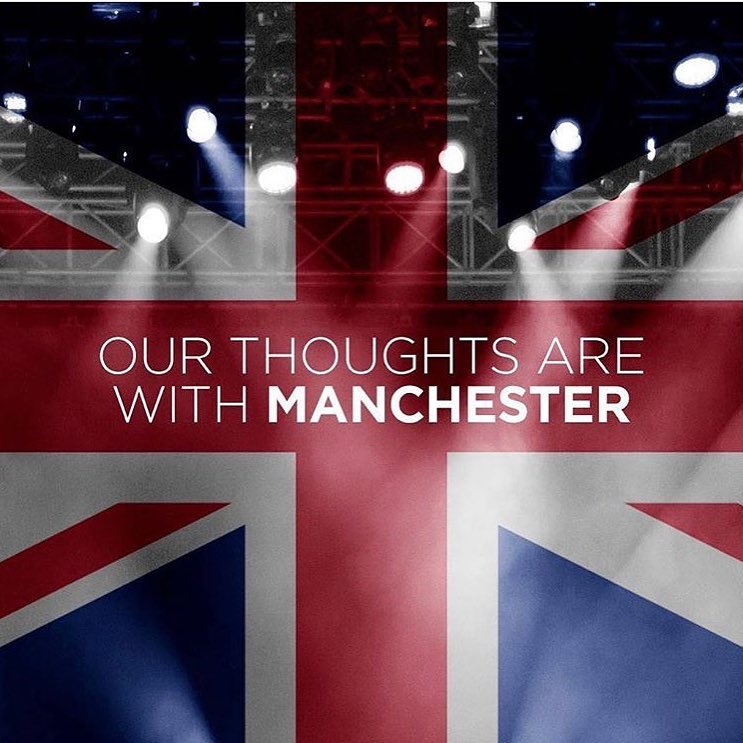 If you’re in or near Manchester and want to donate blood, there’s a link here to tell you where and how.

2 thoughts on “In the Wake of Terrorism: Do We “Let Them Win” By Changing Our Plans?”