Hands up who’s relieved to have seen a little bit of nice weather this week? In a week full of terrible news and nasty political tactics, sometimes something as simple as feeling the sun on your face is enough to bolster your mood a little. It’s really nice that a little less rain means that we’re able to spend more time outside, taking advantage of our lovely surroundings and blowing away some of the cobwebs of what felt like the longest winter in living memory.

Now that Chuck isn’t as able to go on long walks, we limit his walking time by allowing him to take us on shorter walks and let him dictate the length and pace, and this newly relaxed attitude from him makes it a lot easier for me to take both girls along with me while I walk him. Spending time walking with all three of them (and even better when Husband is with us, too) is one of my simplest, happiest pleasures in life. 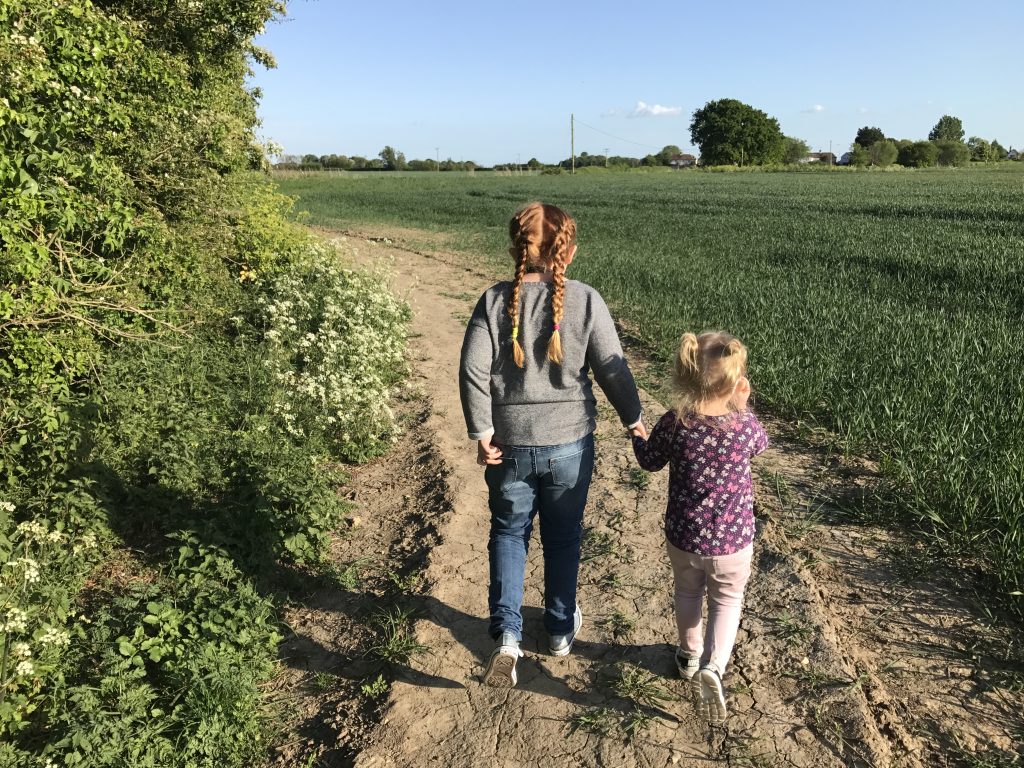 Last year, I teamed up with Sudocrem to tell you all about the Play More campaign they’d launched which was intended to get our kids outside more, by donating funds to schools and nurseries for updating their outdoor play areas. The project was such a huge success that they’re doing it all again this year and they’ve asked me to tell my readers about it.

“With stories of childhood obesity never far from the headlines, it’s easy to believe that each generation of children is lazier than the last. But a new survey of 6 – 11 year olds suggests that British children believe they’re wrapped in cotton wool by their parents and would like more freedom to play outside.

The research by family skincare brand Sudocrem found that almost 3 in 5 children (57%) said their parents worried too much about their safety and almost two-thirds of those aged 8 – 11 (64%) thought they should be able to go to the park with their friends, unaccompanied by an adult. 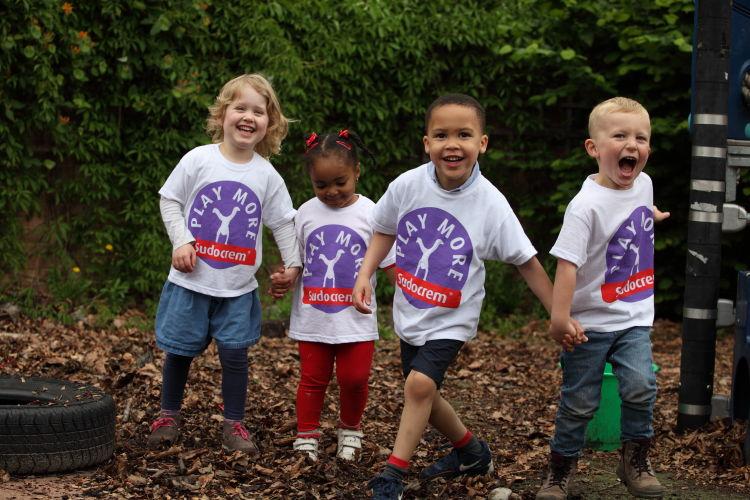 Encouragingly, the study also revealed a generation of children who recognise they don’t play out in the fresh air often enough, with 52% of those questioned admitting they spend too much time on games consoles and a further 60% saying there should be more games to encourage kids to play outside, like Pokemon Go.”

Sudocrem’s Brand Manager, Georgina Fotopoulou said, “Children love outdoor play but they’re bound to scrape their knees. This is all part of the learning process. A cuddle and a tub of Sudocrem Antiseptic Healing Cream can make a lot of things better. We’ve been healing skin for generations and we’re proud to promote the spirit of adventure with Play More.”

If you think your child’s nursery* could do with improving their outdoor facilities, go to www.sudocrem.co.uk/social-hub and nominate.