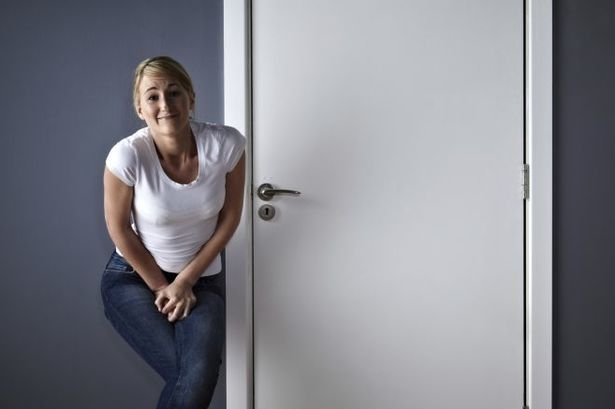 Bladder weakness. Let’s face it. it’s not the most glamorous subject, but given that its something which affects up to 14 million people here in the UK, it’s still something that we should be talking about in order to break the taboos surrounding it. I’m not ashamed to say that after two pregnancies which resulted in c-sections, I still have issues with bladder weakness when I’ve got a cough, which means that I spend most of winter worrying about peeing my pants.

In the spirit of dealing with bladder weakness head on, I took to Facebook to ask my friends if they had any hilarious stories they could share with us, and they came up with some real gems! Read on for a giggle (just make sure you’re wearing your incontinence pants first!)

“I was shopping one day and had a sneezing fit – with every sneeze i peed at least half a millilitre,  and it was the one day i hadn’t put a pad on as i had run out. I must have sneezed at least 7 times! I also had grey joggers on so it was VERY obvious! Lets just say I abandoned my shopping…!”

“When you’re being sick isn’t fun”

“When we were at collage, me and a friend went to a zumba class. It was pretty hard core and we just didn’t have a clue so ended up fairly amused. As the class went on and it got ramped up we got more and more lost and ended up with uncontrollable giggles we were laughing so much that she wet herself right in the middle of a fully mirrored dance studio with 30-ish other woman all pretty close so she grabbed her water bottle and in a pretty quick thinking manoeuvre she squeezed the contents of the bottle all down her front then started screaming and shouted about how rubbish the new water bottle was and that it looked like she’d wet herself.” (side note – I actually think this one is GENIUS!!)

I think my own favourite stress incontinence story is from when I was heavily pregnant with Sausage. Husband and I had gone for a walk in the woods with Chuck, who was on a long lead. Husband was distracted for a moment and Chuck managed to wind the rope round his legs and somehow drag him backwards into a ditch like a human AT-AT. I laughed SO much that I started to leak and being about two miles away from the car or any toilets made for a VERY uncomfortable walk back for me!

The point I’m making is that we’re ALL human and no-one is perfect. People pee themselves and it’s nothing to be ashamed of, just make sure that you’re prepared for next time!