Last Sunday started off a day like any other. Burrito Baby had been poorly for a couple of days, showing what we thought were the initial signs of chicken pox, which threatened to get our holidays off to a really rubbish start. However, after a very long sleep she woke up seeming much better and the sun was shining so I hatched a plan to take the girls out and surprise them by taking them for breakfast and buying them a paddling pool for the garden. We got dressed, covered in sun cream and left the house.

Living where we do means that we get a LOT of walkers and cyclists using the roads, especially on sunny days, so I’m always careful when taking the winding single lane road which leads away from home, and this day was no exception. I made it up to the junction which takes us out onto the National Speed limit lane at the end of our road and stopped to let a car and a cyclist go past. It’s a poorly-sighted road so I always give an extra couple of looks to make sure the road is clear.

Just as I pulled away, a cyclist came around the corner and into the path of my car. I swerved one way to avoid him, he swerved another way to avoid me, but we hit. He, and his bike, rolled over my bonnet and onto the concrete as I brought the car to a halt. I think I shouted a few expletives as I jumped out of the car and, stupidly, asked “shall I call an ambulance?”. Of course he needed a fucking ambulance; he’d just been hit by a car.

As I was calling for an ambulance, a few other people from the larger part of our village stopped their cars and came over to see what was going on, an older couple who went into help-mode and started propping umbrellas over the injured cyclist (who by this point, although conscious, was bleeding from his mouth and his knee and seemed pretty badly in shock), and a woman of about my age but heavily pregnant who asked if she could check on my girls in the back of the car.

The call to 999 was, frankly, excruciating. Our road doesn’t have a name and aside from a farm or two has no major landmarks, so trying to direct them to where to go was virtually impossible. In the end, I gave them my own address and told them to just aim for there because they couldn’t miss us. In fact, the police turned up after just ten minutes while the ambulance took a full 45 minutes to arrive. The people who stopped joked about how they suddenly understood why there was a defibrillator at both ends of our village. The injured man had been cycling with a friend who had made it to their destination, realised his friend wasn’t showing up and cycled back to find him.

I won’t lie; I was shitting myself. Until the police arrived, I was convinced that I was going to be clapped in irons and thrown in a cell. Although I was sure that I hadn’t driven recklessly nor made any careless mistakes, I’ve never been involved in this sort of thing and had NO idea how I would be dealt with. The first response car had two male officers on board, one of whom took me into the back of his car to ask me a whole bunch of questions and take my details, warning that I may be questioned under caution and breathalysed when the traffic unit arrived.

Low and behold, when the Traffic guys turned up, I was questioned again (the “anything you do say may be given in evidence”, etc, was casually dropped into the conversation but felt hugely surreal nonetheless) and given a Breathalyzer. I hadn’t had an alcoholic drink for about a week before the accident, but I was still relieved when the display read ZERO. The officer took photos of the car, questioned me and the cyclist and did a load of other bits before telling me that he was convinced that it was “just one of those things”, an accident which was unavoidable and which wasn’t due to anyone being at fault.

He said that the speedo on the man’s bicycle showed that he’d been doing 23mph around the corner as we collided and that it was a sharp bend, meaning it could have happened to anyone. His injuries (a broken tooth and a badly scuffed knee) were largely superficial because I was only going slowly as I pulled away. At the most, I may have to attend a course to prove my hazard perceptions skills but I wouldn’t be in trouble or even get any points on my licence.

Obviously I was relieved that the blame wasn’t being laid on me but I was also gutted that I had contributed to someone getting hurt, so I asked the man’s friend to apologise to him for me. As the ambulance pulled away, the officer who’d taken the cyclists statement came to me and said “He asked me to tell you to try not to feel guilty, he knows you weren’t at fault”, which made me feel mildly better.

Skip forward to 5 days later; I haven’t heard anything else about the man, so I assume he is on the mend. Despite the full force of a human man and a bike hitting my car, there’s a dent on the bonnet about the size of a fifty pence piece, so Volvo FTW. Sausage seems pretty unfazed by it all and BB has only mentioned it once – they were both in the back, Sausage looking down at Pokemon Go, so I don’t think they really saw much.

As for me…well, I don’t really know. I’ve had nightmares a couple of nights since it happened and I keep seeing the guy’s face as he rolled off of my bonnet onto the tarmac, the image popping into my head at random. I got straight back into the car and drove again because me being able to drive is basically essential to us living in our dream house here in the country, but I won’t lie; I feel sick every time I see a cyclist on the road and I have visions of them swerving in front of me as I overtake. The whole thing could have been a whole lot worse, but I still feel awful about it all.

Why am I writing this, you may ask? Well, I don’t know…catharsis, maybe? A warning to be extra, EXTRA vigilant for cyclists on the road? Maybe just to get it all off of my chest in the hope it stops swirling around in my brain at any opportunity. Who knows?

Maybe as an opportunity to thank a few people – My fellow villagers for reminding me exactly why we wanted to live in a small, friendly community. The Cuthberts for making me strong tea, showing me their garden and their kindness and introducing us to their chickens – all of which calmed me down massively. My in-laws for, as ever, being on my team and making me feel less like a bad person. My kids for being resilient little buggers. Mostly Husband for hugging me, telling me that it wasn’t my fault and giving my hand a little squeeze whenever we have to drive past a cyclist. And the Police for realising that I wasn’t a hapless criminal, just a very shocked Mum of two on a Sunday morning drive.

I doubt the cyclist will ever read this but I hope he’s okay and that he’ll be back on his bike as soon as he’s able. I’d hate to think that his love of cycling was tarnished by this. Most of all I just hope that he and I are both able to get back behind the wheel and never have anything like this happen to either of us again. 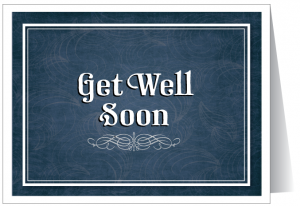 2 thoughts on “The Day I Ran Over a Cyclist”