Travelling, seeing some new spots and getting a feel for your surroundings are all very worthwhile pursuits. However, in this day and age it isn’t always easy to get the time off to go anywhere far away and spend real time there. When time off does come it is often condensed into a few days here and there, and if you go anywhere in that time you’re leaving little space for relaxation.

For this reason, day trips are becoming increasingly popular. Most of us will know that there are things to do and see in our home country that we’ve never actually done. Perhaps because it is close by we take it for granted. But imagine living in England and telling an American pen pal that you’ve never seen Buckingham Palace other than on TV. In the UK, history is all around to be seen, felt and breathed. 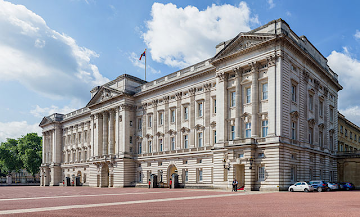 Even if you’re not from the UK, and are just holidaying, there are still countless things that you can do and see on a whim. And it’s an excellent chance to get a feel for the long and storied history of the country.

The Houses Of Parliament

In the Lords, those same laws will often be given a further reading and be debated by more experienced heads and may then be referred back to the Commons. Located at the Palace of Westminster, Parliament is simultaneously modern and traditional.

An endless mystery to many people, Stonehenge has sat on the earth near Salisbury for milennia. Its exact date of building is not known, but is presumed to be somewhere between 3100-2000 BC. Those interested in visiting can find out more from https://www.comparestonehengetours.com.

Because of when it was built, no written records pertaining to its building exist. This has allowed it to be the subject of much historical debate. What is known is that there are hundreds of burial mounds nearby. Analysis of skeletal remains there has led to speculation that Stonehenge may have been a healing ground.

Much further north than the previous attractions, the city of York in and of itself is an historical attraction. Its streets and attractions draw on the long history of the city. This includes reminders of its Viking, Roman and medieval history. York Minster is a Gothic cathedral, one of the widest in all of Europe, and it is a dominating part of York’s skyline.

From wherever you may be in the UK, there are historical locations to be found within a couple of hours’ drive. Although not a huge mass of land, the UK is home to so many attractions and so much history that you can pack a lot of sight-seeing into a single day. If you’ve not seen much of it so far, why not look at changing that today?