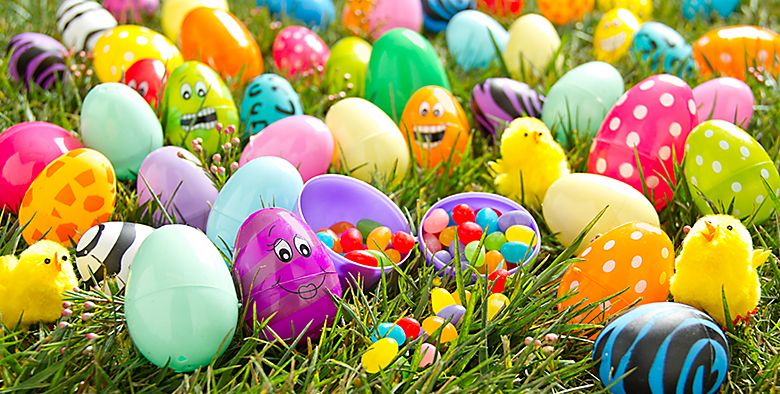 Easter has been and gone and there’s still an absolute TON of chocolate adorning my sideboard – you know it’s Easter week when even the kids are bored of the sight of chocolate! I’m doing my best not to help  them with finishing it, but I’m fighting a losing battle really…BB can be VERY forceful if she wants to share something (that’s my excuse and I’m sticking to it). Obviously, we’re totally secular in our family, so Easter is nothing more than an excuse for a nice roast dinner and a lot of chocolate, but I’ve noticed that it’s becoming a huge deal, all of a sudden, like some sort of Christmas 2.0.

A few months ago, I wrote a post about how excessively commercialised Christmas has become in the last few years. Well, it’s ALWAYS been that way in my life time but now more so than ever. Christmas, when I was a kid, was two days of presents and food and that was basically it. Now, it’s Santa visits, craft workshops, advent calendars containing Lego or nail varnish, Christmas Eve boxes, co-ordinating pyjamas for the whole family…the list goes on, and Easter suddenly seems to be following suit.

I saw so much hype surrounding Easter on Facebook and various groups that I’m in and I was genuinely shocked to see that it’s become such a huge thing. Suddenly, instead of one egg each from parents and any that kind relatives buy, people are doing huge baskets of eggs per child, and that doesn’t include the Easter egg hunts that everyone seems to be doing. I’ve even seen parents forgoing the chocolate altogether and buying TOYS for their kids for Easter.

It seems that you’re doing Easter all wrong if you don’t go to your local farm to see lambs being born, make home-made papier-mache Kinder eggs big enough to store a large toddler and fill it with surprise eggs (because, apparently, that’s THE thing to watch on YouTube now – kids unwrapping Kinder eggs. I know. GROAN) and jump wholeheartedly on the Easter bandwagon. What WAS a £1.50 per kid thing has suddenly become like Christmas 2.0.

I’m completely aware that what other people choose to do with their kids is absolutely none of my business, so feel free to take this whole post with a massive pinch of salt, but I do find the excessive nature of Easter quite negative. When I was a kid, I was happy with the one, maybe two eggs that I got from family and sometimes my Nan and Grandad would send me a fiver instead of an egg because they didn’t want to overload me with chocolate, and that was cool. Two weeks off of school with some chocolate in the middle. Why does it need to be so much more than that? Aren’t we giving our kids a very wrong message?

I won’t go into the religious side of that because, quite frankly, it’s not about that for most people and the actual celebration of Spring and fertility at this time of year FAR pre-dates Christianity. However, it’s becomes such a friggin’ carnival now that it won’t be long before we’re putting up whole houses full of decorations and wrapping presents for the kids to unwrap on Easter morning!

What do you think? Am I being a massive grump or do you find this new ‘Easter on Steroids’ thing totally distasteful? Leave me a comment below.