Another week, another slow cooker experiment! Today, we’re having slow cooker Hunters Chicken and I kinda devised the idea myself from a few other things I’ve seen on slow cooker forums and the like.

Husband is still being really disciplined with what he eats and sugar is one of the main things that he’s trying to avoid (he is on a keto diet and having great success with ample k), so instead of using a barbecue sauce from a bottle which is absolutely LADEN with sugar, I’m using the same recipe that Kate at WitWitWoo uses for her slow cooker pulled pork, but slightly modified for our tastes. As a sweetener, we use erythritol, which is granular like sugar and about 40% less sweet.

In terms of baked potatoes, I’m pretty fussy. The insides need to be super fluffy and soft, while the skins should be firm and crunchy so this method of cooking has been tried and tested over the last few years. I’m serving ours with sour cream and chives as it goes beautifully with both the chicken and the barbecue sauce.

Here’s the finished result, although I took the photo before I put the sour cream and corn on the cob on the plate, hence it looking a little plain! 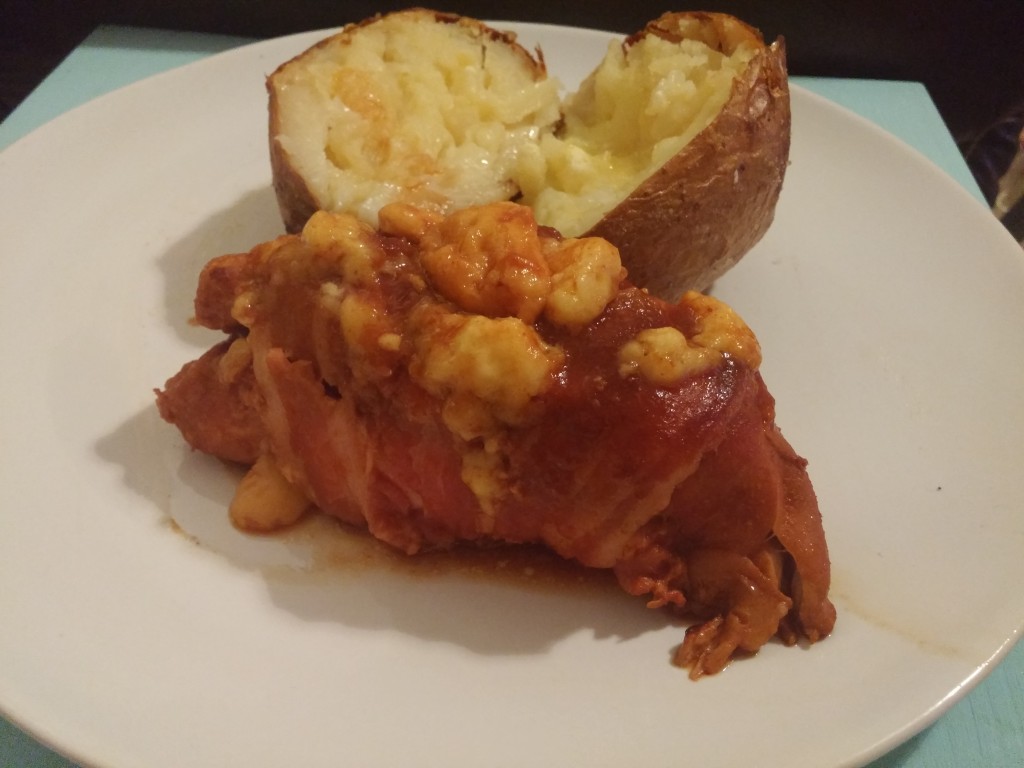