I seem to have gained myself something of a reputation. I get tagged in memes on Facebook on an almost weekly basis, usually things along these lines: 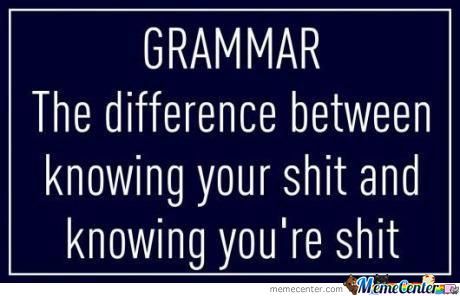 Now, I’d love to tell you that my reputation was totally unfounded and that I am, in fact, super easy going and rarely judgmental, but that simply isn’t the case. I am, by dictionary definition, a pedant:

It’s not just spelling and grammar which draws my ire (although a recent post in a Facebook group I’m in which used the abbreviation “4t” in place of the word THOUGHT made me feel particularly cranky), it’s lots of things.

For example, last week Burrito Baby and I went to a baby singing class at our local library with my friend and her son for the first time, and we both thoroughly enjoyed it. Obviously, we were surrounded by a whole band of your typical ‘crunchy’ mums who dress their kids entirely in shades of brown and allow them out of the house without seeing either a brush or a flannel, but we had fun nonetheless.

The problem came, however, when someone pulled out an animal book and turned to a page bearing an image of a chimpanzee. She asked the kid to identify the animal and when he couldn’t she proclaimed “It’s a MONKEY!”. It took every ounce of strength for me to not rip the book from her hands and say “IT’S NOT A MONKEY, IT’S A FUCKING APE!”, but stop myself I did, not least of all to relieve my friend of the embarrassment of being seen in public with an utter lunatic. That was almost a week ago and it still keeps playing on my mind; I’m also not ashamed to admit that I’ve sporadically been checking with BB to ensure that she knows that a chimpanzee is an ape (yes, she knows the difference!).

What also keeps popping into my head though, is the question of WHY it matters so much to me? That other kid could quite happily navigate its entire life without needing to know that monkeys and apes are different creatures but it really matters to me that BB knows what is right. I think it stems from growing up being told that I was a clever child. When you’re “clever”, there’s a lot of pressure on you to be right and KNOW THINGS because it’s  just expected that you will. I also remember being mocked fairly mercilessly whenever I got something wrong; I was literally NEVER allowed to forget the fact that I mispronounced “Che Guevara” during a game of Trivial Pursuit at the age of about 7 and it was used as something to mock me with until I was almost 30. Even now, if Husband (my most trusted ally) tells me that I’ve got something wrong, the shame burns in me even though he’s never mocked or been derisive. I HATE appearing to be wrong or misinformed and I think this is why I expect others to be the same.

In the grand scheme of things, spelling and grammar may not be super important to someone else, nor might the differences between monkeys and apes or any other spectrum of (probably useless) knowledge that I’ve got squirreled away, but try as I might I just cannot stop caring about it all. Facebook still gives me rage almost every day because of stupid errors on memes and status udates and I still have a reputation of being a total Nazi about it all. As much as I’d love to be the person who’s known for being the funniest or most caring, I think we’ve gone past that point know and I’ll forever be known as that woman who judges people for their apostrophe usage. And, I think I’m okay with that.

Tell me I’m not alone! I can’t be the only person to whom these things matter a little more than they should?! Leave me a comment below (and I PROMISE I won’t be judging your spelling!).