It’s pretty safe to say that religion is not something which factors very highly on mine and Husband’s list when it comes to parenting our girls. We’ve taught them the basics about what each of the major religions involve and have told them that, if they choose to, they’re welcome to explore faith if it appeals to them, but we certainly don’t follow any religion ourselves and usually strive to separate the girls from these kinds of teachings. While this may seem like our household is “lacking” in something because of our aversion to faith, I actually think that it makes our jobs as parents a lot harder, in two specific ways.

Firstly, there’s the issue of death. When Husband and I have broached this subject in the past with Sausage (BB is still far too young and is mostly only concerned with cake and Mr. Tumble), we don’t have tales of fluffy white clouds and angels with harps to pass on. Husband and I feel that humans have energy and that energy is reabsorbed into the earth when we die, but beyond that there’s nothing. It’s really hard to look your child in the eye and tell them that we won’t live on together in eternity, as much as I would love that to be the case. Expecting a child to be pragmatic enough to deal with the thought that, one day, we won’t be together anymore and we won’t be skipping around in Heaven together is really quite tough.

When my stepmum passed away in 2011, Sausage was just three. Lorraine was another pragmatist and had a Humanistic funeral, presided over by a minister who talked not about God but about people and life and living as a good person. When we spoke to Sausage about her passing, we were careful not to say “Lorraine has gone to Heaven”, both as a way to respect Lorraine’s wishes but also to convey our own views on the situation, but whenever anyone else mentions death around the kids, they tend to soften things by saying that the person had gone to Heaven. While I respect people’s views, I can’t help but wonder if they’re making things easier for themselves because they don’t have to broach the subject of nothing after death, just as much as they are softening things for the kids. 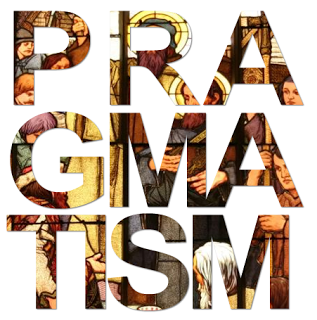 The other issue, whilst still Heaven related, is the issue of morality. Husband and I can’t teach our girls that if they aren’t “good” then they won’t go to Heaven or that bad people get their comeuppance in Hell. They don’t have the looming threat of eternal damnation keeping them in line, they simply have to self-moderate and apply what we’ve passed on in terms of ‘how to be a good person’. Anyone who knows our girls knows that they’re both really decent little people, with kind hearts and mindful attitudes (again, I’m talking about Sausage here more than BB, she’s still a work in progress!), both of which have been achieved without religion. It makes me really proud of Sausage to know that, when she’s being a good person, it’s not for the sake of a Heavenly trade-off, it’s because she’s a genuinely good person.

Don’t get me wrong, I’m not dissing people who’ve got faith and pass it on to their children; I’m all for personal choice and as long as people respect my right to live without faith, I’ll respect their right to have it. All I’m saying is, religion must make certain aspects of child-rearing a lot simpler.

What do you think? Are you raising faithless pragmatists? How do you broach the difficult subjects without making things seem too stark or scary? Do you use the phrase “going to Heaven” even though you don’t believe it? I’d love to hear your views, please leave me a comment below.