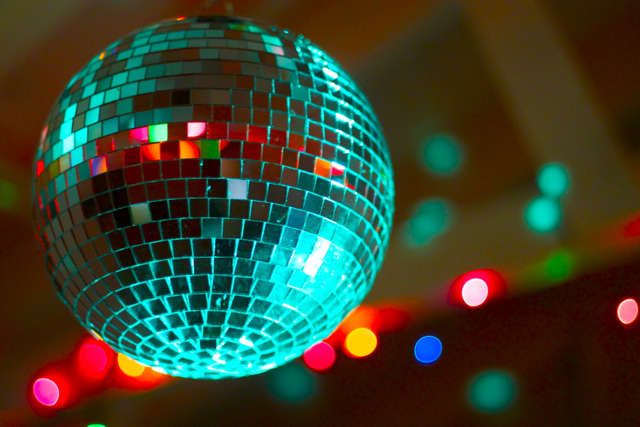 Ah, Sausage. My lovely little disco queen. Not a single school disco has come along that she hasn’t wanted to go to and we have kind of a pact whereby I help out at all of the discos that she goes to, so this Friday evening will be spent supervising a couple of hundred kids while they eat their body weight in e-numbers and jump up and down on the spot to Bruno Mars and Katy Perry. Despite the fact that Sausage will be at the disco with the same kids that she always goes with, it feels different this year somehow, given the fact that it’s her first disco in the Juniors. Infants discos are structured and have a 20 minute slot where they go to a separate room for a snack and a drink, whereas in the Juniors, they take ‘tuck money’ and can buy glow sticks and other tat.

The issue of what to wear loomed large too; luckily Sausage got bought a dress for her birthday, a little black and white number which is very trendy and quite grown-up, which she’s worn only once so that will do for her top half. In terms of shoes, we still had some money left on a voucher for Clarks so we’re going to surprise her with something new and spangly!

Helping out at the discos is always great fun – it’s absolute chaos most of the time, but I absolutely love watching the kids have fun and letting off steam. There’s a moment when certain songs come on when they all surge towards the front of the hall which can be a little intimidating…they may be under 4ft tall, but when there’s 200 of them doing Gangnam Style at you in a really intense fashion, the fact that they’re kids doesn’t lessen the fear factor!

One thing which is a slight mystery is just how much tuck money we should be giving to Sausage. The things that will be on sale, we’ve been told, will be “pocket money prices”, but in my experience what kids get as pocket money these days vary wildly. I don’t want to be over-extravagant and give her a fistful of cash, but I also don’t want her to be the only one of her mates who doesn’t have enough to spend. How much would you give? If you’ve been through all of this with older kids already, any wisdom would be much appreciated!

All in all, I’m just glad that the school and PTA arrange for these discos to happen. School can create a real pressure-cooker environment at times and allowing the kids to socialise together in a fun and safe environment is really important…even if they do scare the bejeez out of me at times!

One thought on “Junior Disco and a Whole New Challenge”