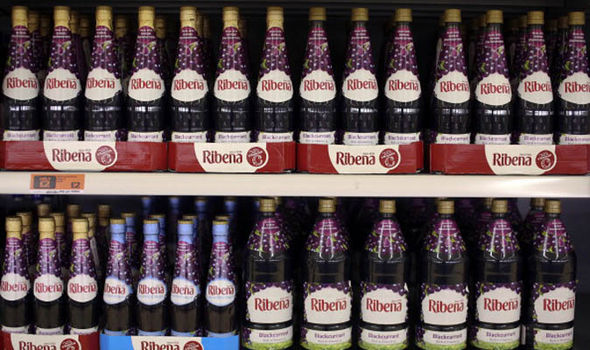 I’m guessing by now that everyone has heard about Tesco banning Ribena and several other products from its shelves? In fact Ribena is just one brand that the store has axed, also choosing to shun brands such as Capri-Sun, claiming that both are contributors to the childhood obesity epidemic. According to the newspapers, health campaigners are lauding the supermarket chain for its decision and is urging other retailers to follow suit.

Am I the only person who thinks this is absolutely BONKERS?

What happened to parental responsibility? Should it not be down to the parents of these obese children to say “No”, when they try to pour litres of sugary drinks down their necks? Should we not be teaching our children moderation, rather than an outright ban?

Let’s look at other things that Tesco sell – seriously; take a stroll down the confectionery aisle and browse the HUNDREDS of other products which have high fructose corn syrup as their main ingredient. Why is Ribena worse than ANY of these? In fact, let’s go one step further – what about the tobacco kiosk or alcohol aisle? Do we need to eradicate these, lest irresponsible parents allow their kids to drink or smoke? Or, do we rely on the fact that there are people out there with an IOTA of common sense?

The fact that Tesco has chosen to be so specific about one particular product smacks of outside lobbying; someone, somewhere, within a very wealthy company has told Tesco that they’ll make it worth their while if they drop certain brands. How long will it be before we’re bombarded with adverts about some amazing new brand of sugar-free drinks that are ONLY available from Tesco? Something, as they say, is rotting in Denmark.

The fact that Tesco has taken it upon itself to supposedly tackle childhood obesity seems like an overly grandiose gesture to me. Who the hell asked them to make themselves The Juice Police? Especially when they continue to sell other items high in sugar, alongside processed meat, high fat convenience food, confectionary, alcohol and tobacco? In fact, isn’t it Tesco which has a franchise option with KRISPY KREME DONUTS? Excuse the caps, but I’m getting incredulous.

The absolute, glaring hypocrisy of Tesco for pretending to be the shining light in the fight against childhood obesity makes me sick to my stomach and I think it’s a seriously sad measure of modern society when we ban things rather than allow people to moderate themselves or display any sort of personal responsibility. When the litigious culture which prevails in The United States started to creep over here to the UK, anyone with any sense knew that it would lead to bad things, and here we are, in 2015, banning sugary drinks. Is the move so that Tesco can’t be named in lawsuits by parents looking to make a buck off of their wildly unhealthy child?

Am I looking at this all wrong? Should we be applauding Tesco for its responsible action? Or are you with me in thinking that this is a bullshit move and that there’s probably more to it than meets the eye?

Leave me a comment below, I’d love to hear your thoughts.