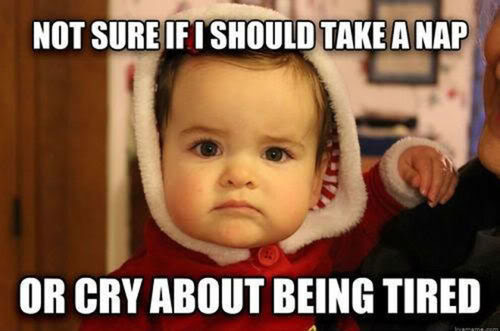 It’s safe to say that Burrito Baby, although only 16 and a half months old, is going through that pre-Terrible Twos phase. You know, the one where parents (half-bald from having pulled handfuls of their hair out…) can be heard muttering “I thought we had months before these tantrums started” whilst trying to restrain a caterwauling toddler smeared with what you can only HOPE is Nutella. She’s a gorgeous little girl with a huge personality and kindness in absolute buckets, but when she wants to kick-off, BOY, does she kick off.

Here’s a list of things she’s done just THIS WEEK:

The thing is, I’m not a hitter. I’m not judging other parents who’ve used that as a method of reprimand, but it’s just not my cup of tea. I never had cause to smack Sausage, even once, and I tapped BB on the back of the hand after she hit her sister once, and then spent hours feeling sick about it.

Shouting doesn’t work – my voice is generally like white noise, unless I’m saying the word “biscuit” or “Skips” to my daughters, so raising my voice above her own tends to just leave us all with a headache. Also, poor Sausage inevitably gets drowned out in the crossfire, and I see her sitting there amongst all the shouting and feel horrendous for her.

Having said all of this, Burrito Baby is an amazing kid. As I said above, she’s kind and sweet and she’s also got a killer sense of humour. She’s already got a sense of what makes us all laugh and loves nothing more than tweaking our funny bones. Just recently, we had the following conversation:

BB: *said with a super cheeky grin and an eye roll* “NO!”

She also does random acts of affection; BB is never happier then when all five of us are in the same room, and she’ll do this thing where she goes around the room giving us all kisses, over and over again, first Mummy, then Daddy, then Sausage, then Chuck, then back to Mummy. She feeds off of how happy it makes us and how we all laugh along together and it’s absolutely gorgeous.

So, while I may moan and sometimes wonder what the hell I’m going to do with my little hooligan, especially as we’ve not even reached the Terrible Twos Proper yet, I think about the way that her personality is developing and the lovely little things she does and I know we can all weather the stormy parts together.