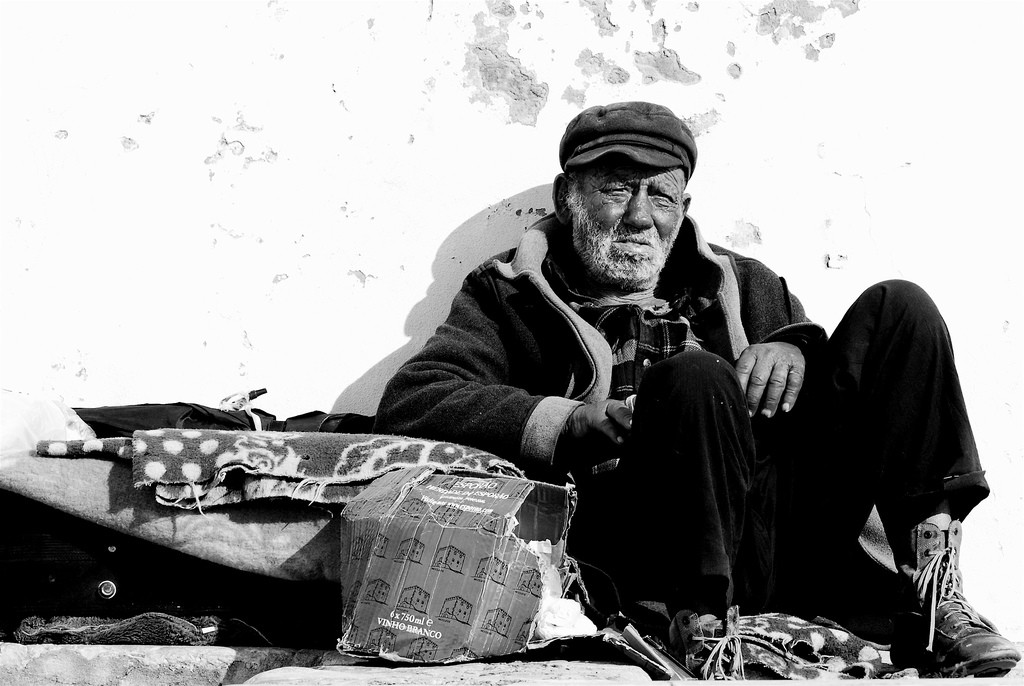 What does a homeless person look like to you? Is it the person sitting in a cardboard box under a bridge, possibly with a dog, usually with a sleeping bag and little else to protect them from the elements? Someone with their worldly possessions in a shopping trolley? Sure, that’s what a homeless person in the most extreme of situations can look like.

On the other hand, a homeless person can be a woman with a job and a family. A person who’s lived in a privately rented house for 5 years which the owner now wants to sell, as is his right and privilege as a homeowner. So, why doesn’t the woman find somewhere else to live? Well, it’s not always that simple.

Since the woman and her family moved into her current accommodation, rental properties have increased in price by around 30%. Living costs have increased hugely whereas wages have not, so saving money isn’t exactly easy – what can the woman save if there’s nothing left in the pot after bills at the end of the month?

The average cost of a three bedroomed property where this woman lives is between £900 and £1100 and most letting agents require up to one and a half months’ rent in advance, one months rent as a deposit, plus £300 in admin fees and £50 contract fees. Some even charge ‘checking in’ fees when a let is agreed, and in a lot of cases the fees are non-refundable should an application not be succesful. The minimum this family will potentially need to find before moving is £2800, and that doesn’t include the actual cost of moving, which is just simply not that easy to scrape together after the cost of living.

Then there’s the other issues. The family has a dog – most landlords won’t take pets. Perhaps more worryingly is the rise of landlords who specify ‘no children’ or ‘one older child considered’, despite offering family sized homes to rent. Both workers in the house are self employed and don’t have a working, home-owning guarantor to offer as bond in case their rent doesn’t get paid (despite having a perfect 5-year record of having paid rent on time and in full, every month).

The local council housing list is closed to anyone who can afford private rentals at the moment, so there’s no hope of any help from them, and if the family were to end up homeless, they’d likely be put into a hostel before being offered a too-small, temporary flat in a high-rise, which means the family pet would have to be re-homed. There’s a Housing Association locally, but all they have to offer is part-buy schemes where they own 40% of the property and charge a monthly rent for the privilege, and this obviously requires people to have a mortgage in place.

A mortgage is out of the question. The current financial climate plus a misspent youth means that the womans’ credit rating isn’t as high as it would need to be and banks don’t tend to look favourably upon two adults who work freelance, one of whom has been rubbish with money for most of her adult life.

So, who does this family turn to for help? Why can an average, working family in the UK not find themselves adequate housing in 2015? The rental market has been made prohibitively difficult to be a part of, with anyone falling short of credit checks expected to offer up even more money (that they likely don’t have) in advance, and unregulated letting agents are allowed to charge astronomically high fees without consideration for the people they’re fleecing. It is very much, as they say, a landlord’s market right now.

Yes, homeless people sometimes live in shop doorways. But sometimes, they’re a 30-something Mum of two, with a dog and a Husband and an estate car. A ‘normal’ person who’s being crushed under the weight of the cost of energy bills and high rents who simply cannot make room in her budget to save almost three thousand pounds in the next 5 months. Someone who faces the reality that, even if her family CAN scrape together that amount of money, there may well just not be a landlord who’ll take dogs or kids or someone with less-than-desirable credit. Someone who knows that there’s no council or housing association to fall back on, nor relatives with the space for 4 people to bunk down.

Obviously, the person I’m talking about is me. Our situation is looking pretty grim at the moment and it’s a constant source of stress for Husband and I. We’re doing our best to find a way around this situation but there simply doesn’t seem to be one and there’s a very real possibility that we could be homeless by the summer.

Obviously, any constructive advice would be appreciated.

22 thoughts on “What Does a Homeless Person Look Like?”