If you’ve read any of my older posts about our dog, Chuck, you’ll know that he didn’t have the best start in life. He came to us covered in scars from untold abuse, riddled with worms and a haunted look in his eye. We vowed that we’d always do our best to give him the best life we could, and his nutrition has always been a big part of that. He’s a bull terrier cross, with heavy musculature and a short coat, so he needs plenty of protein and exercise, as well as the right nutrients to keep him shiny and bright-eyed. He also uses hypoallergenic dog shampoo to maintain a healthy coat.

He’s also a complicated beast, suffering with bouts of colitis and bloating, as well as having joint issues, so his food has to be both hypoallergenic and contain some sort of joint care, which is why when Growling Tums got in touch as asked if we’d like to try some of their dog food we were more than happy to give it a go. You see, their Golden Oldies senior dog food is both gentle on the tummies of older dogs and contains high-quality protein and the best Glucosamine , MSM and Chondroitin, all of which are essential for keeping Chuck’s joints well-cared for. 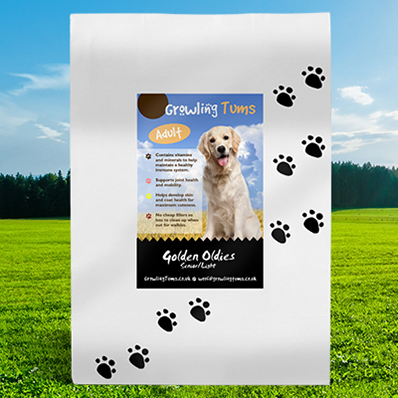 The other thing we like about this food is that it’s calorie-controlled – when Chuck was a younger pooch Husband would take him on a five mile walk every day. As his joints gave him more issues, it became every other day and now, we’re only really able to take him a mile or so at a time, but once or twice a day. This means that he’s more prone to weight gain because he’s not exercising as much, but the Growling Tums Senior food helps us to control this – let’s face it, a fat dog is not good and more weight will ultimately put more strain on his joints.

Chuck’s been having the Growling Tums for a couple of weeks now and he’s absolutely loving it! He wolfs his dinner down when its put down for him (with other brands of dry food, he turns his nose up until he’s so hungry that he forces himself to eat!) and his coat is looking fantastic. Best of all, we’ve not had to give him any of his anti-inflammatories since he’s been on the new food either; occasionally, after a walk, he’ll develop a limp and his vet had given us some medicine to give him when he’s in pain, but we’ve been medicine-free for ages now! 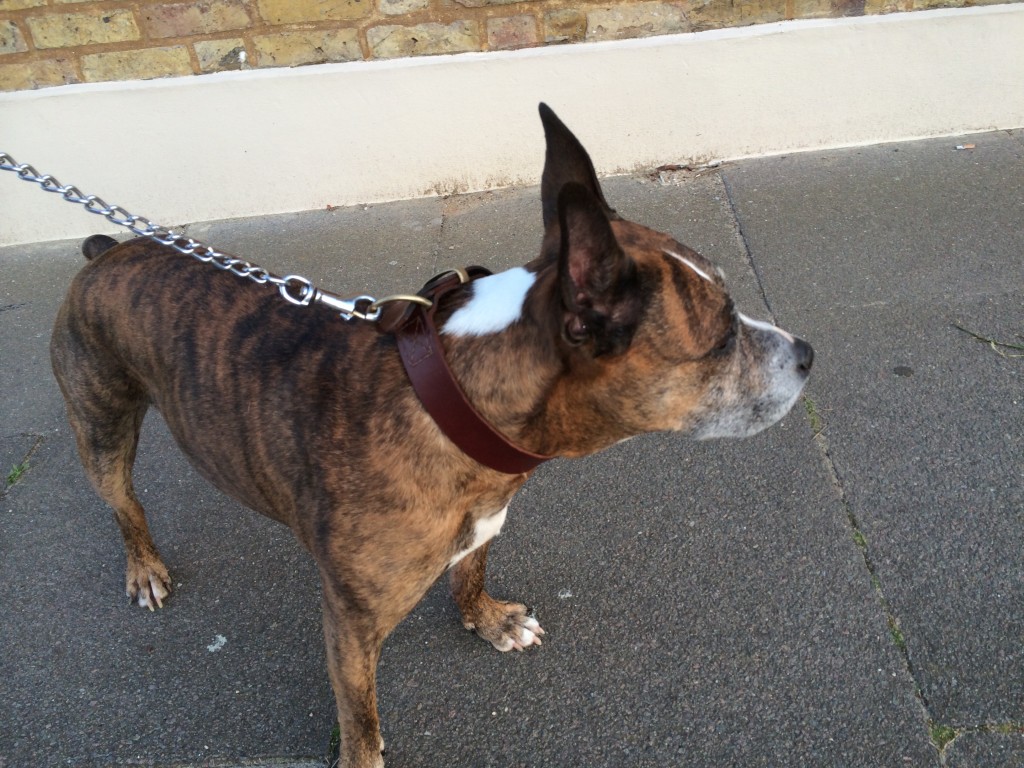 Another great benefit of Growling Tums is the price – we were sent a 12kg bag for the purposes of review, which would ordinarily cost £34.99, which works out at £2.91 per kilo. The food we were giving Chuck previously (which matches up in terms of nutrition) would cost £3.57 per kilo, giving us a saving of around 66p per kilo. That might not seem like much but over the course of the year we’ll save over £70 by switching to Growling Tums.

Which, I think I can safely say, is something we’ll definitely be doing!