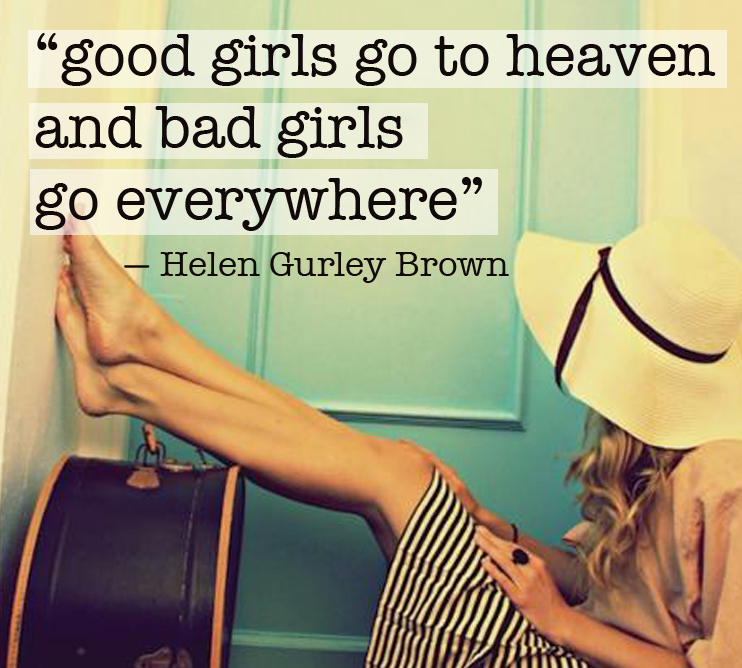 I’ve been thinking recently about something that I say to Sausage almost every day. When I drop her off at school, I tend to say goodbye in the same way each time:

Husband and I are both really hot on manners; even as adults, we both go out of our way to ensure we’re as polite to people as we can be. We share the same “I’d rather be over-polite than under-polite” philosophy and will often end up thanking people or apologising needlessly, just for the sake of never appearing rude, so ensuring that Sausage is polite is obviously a big part of being a ‘good girl’.

However, I’ve started to really think about the implications of being ‘good’ and I’m wondering if we’re teaching our kids to be unquestioningly subservient for the sake of appearing to be virtuous. Respect is obviously something that should be shown to our elders, but does that mean never questioning anyone, even if we know they’re wrong?

Sausage’s current class teacher is a former R.E. teacher and is obviously very religious herself, which means that a LOT of her current class work revolves around religion (mostly Christianity) even when they’re learning about other topics. The other day, Sausage came home from school telling us all about how they’d watched a short video about dinosaurs and then been taught that the world was made by God and Jesus, because that’s what her teacher believes. They were then set a task to draw what they thought the Garden of Eden (or “The Garden of Ian”, as Sausage heard it) would look like.

When Sausage was relaying this to me (aside from feeling like I must’ve had steam coming out of my ears), I was concerned that she seemed confused by what she’d been taught. She said “Mummy, Xander said that the world was made when dust in the universe came together. That’s the more logical explanation, isn’t it?”. Husband and I have always gone to great lengths to give her a well-rounded education and exposure to science, but in one fell swoop her teacher had used her influence to undermine that and implant Christian dogma in our childs’ head.

But, is this my fault? Have I, in telling her to be a “good girl”, stopped her from outwardly questioning her teachers, even though she has an opinion of her own? Should I, instead of telling her to be good, be sending her off with a cheery cry of “Don’t forget to question authority and challenge perceptions”?. As much as I feel that respect and politeness are important, I think I’d rather be being called into the headmasters office because of my childs’ anarchic behaviour than have a child allow herself to be moulded because she’s too afraid to speak up for her OWN beliefs and values.

By the same token, I’m disgusted that her teacher appears to be using her position to insidiously force her views onto the children. Teachers, especially those who teach 5 and 6 year olds, are in a position of great power and are able to influence children in a really definitive way, so to abuse that power is massively wrong. Sausage comes from a family of agnostics, which means that although we have strong belief in science, we’re happy to say that we just don’t know when it comes to matters of spirituality and the Universe. But what about children of other faiths? I know that there’s at least one child in the class who is Hindu – why should his religious views be undermined in this way?

I’ve decided that being a ‘good girl’ isn’t all it’s cracked up to be and that, actually, I think I’d be far happier for Sausage to be a bad girl.The odious twerp Robin Thicke talks about ‘good girls’ in the ‘ode to rape’ Blurred Lines. I certainly don’t want my daughters to grow up to be a target for that sort of man. Bad girls lead, they don’t follow. Bad girls don’t believe things, just because you told them to. And most of all, bad girls aren’t afraid to challenge authority.

Shouldn’t we all want a bit more ‘bad’ in our kids?