As you may or may not know, Husband and I eloped and got married on the tiny, tropical island of Vakarufalhi in The Maldives. We spent two weeks living in a beach-side bungalow, surrounded by white sand, reefs filled with tropical fish and sea that closely resembled bath water. The island was as close to paradise as I could ever hope to witness and our accommodation was seriously swanky, too. My favourite feature was our bathroom – accessed through a door in the bedroom, it actually only had three walls; part of it was entirely outside! We had the normal bath/shower/toilet/sink combination, but then in the outdoor section we had a shower that, although closed in from prying eyes by a tall wall, was completely out in the open! You don’t know liberation until you’ve walked out of the sea, across hot sand and then stood completely starkers in your own private tropical garden having a shower under the sky!

I’ve been a bit obsessed with ‘The Perfect Bathroom’ since then and Eau Couture have got some fixtures and fittings which come pretty darn close. I’ve accepted that, in a UK climate, I’m never going to get my open-air shower, but I do love the idea of a huge rainforest-style shower head which is less luke-warm trickle and more full-on waterfall effect! There’s nothing worse than a shower where you have to choose between allowing the water to get really hot but coming out like a dribble, or proper powerful jets which you can only ever have lukewarm.

I’m generally more of a shower girl, but that’s because our bath is too damn small to allow for proper soakage. If money were no object, I’d have a tub like this: 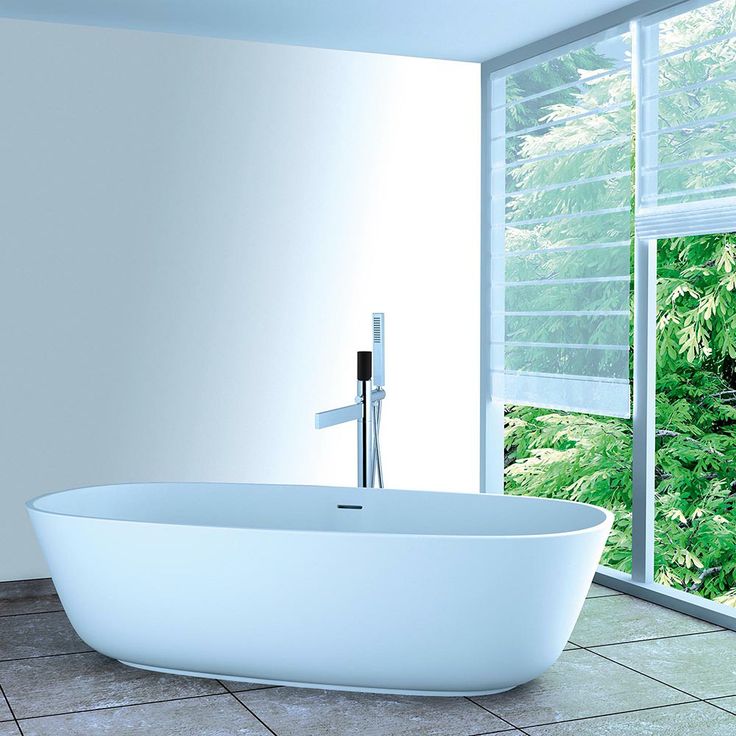 In fact, I’d probably never get out of the bath at all if I had a tub like that, however I’d have a fight on my hands as both Husband and Sausage LOVE the bath!

One thought on “My Dream Shower”