The 2012 Olympics was a fantastic event which really hailed some positive changes in the UK. As a mother to (almost) two girls, I’m pleased with the coverage that female athletes received and that names like Jessica Ennis, Victoria Pendleton and Katherine Grainger are now known to many. Of course, there are plenty of highly successful female athletes out there but with football, rugby, cricket, and golf dominating the TV coverage, it’s easy to think that sports are for men only.

Two of my Husband’s cousins are female and in their tweens. Both are excellent at football, though they couldn’t be more different in other ways. The eldest is into girlie stuff and loves nothing more than clothes, make-up and having her hair and nails done. The youngest…well, I think the last time I saw her in a skirt was when she was a bridesmaid for my sister-in-law in 2007, but either way, they’re promising little sportswomen. There seems to be a preconception though, that ‘girlie girls’ can’t be sporty and that anyone who’s sporty has to be a total tomboy, which is rubbish – did any of you see Jessica Ennis is that dress?! 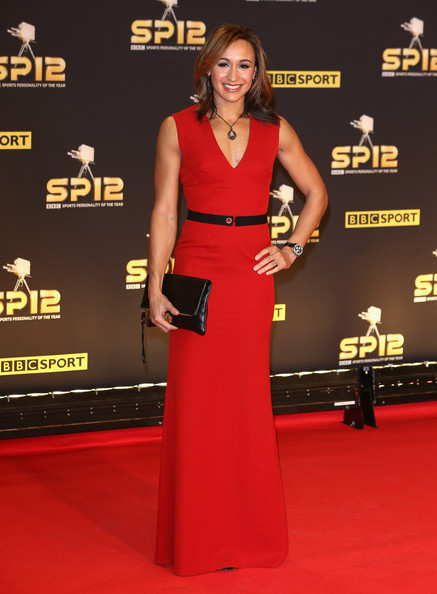 For one of Husband’s cousins, we decided that we’d start the indoctrination early and get her a Liverpool FC shirt for Christmas. We didn’t have time to do it in the end, but we had planned to get ‘Bonner’ printed on the back – Gemma Bonner is currently the captain of Liverpool Ladies team, and we’re also proud to say, part of the Senior England Women’s Team. Aged just 21, she captained Liverpool to the 2013 FA WSL title, which is an incredible achievement for a woman of her age.

I’m so much happier for my daughters and female relatives to be looking up to sportswomen and people with genuine talent than the type of so-called “role-models” we see churned out of the X-Factor machine every year, or on the pages of fashion magazines with their hideous messages about body image.

All I’m saying is, next time you write a girl off as a ‘Tom Boy’ or think that girls should be ‘girlie’, try and bear in mind the example that our sportswomen are setting, think about the fact that it’s more than possible to be both accomplished and radiant, like our Jessica, and think about letting our girls be exactly who they want to be. When I was little, I was constantly told that I couldn’t do certain things – I wanted to do drama at University and was told what a waste it would be because I was ‘too intelligent’ to waste my brain on a creative subject (let’s not mention that the vast majority of British actors started at Oxford or Cambridge…). As an adult, I wish I’d done exactly what I wanted because I’m now without any higher qualifications at all and have no real idea of what I should be doing. I’m happy, but I wish I’d been allowed to follow my own ideas.

It’s not just our girls who are benefiting from seeing strong women in the media, either. When boys see women as strong, successful and capable, it adjusts their perceptions too and will hopefully mean a progression towards women being taken more seriously on all platforms.

What do you think? Who do your kids look up to? What does ‘strong woman’ mean to them and you?

2 thoughts on “Role Models for Girls”