I’m a live and let live kind of person, you know? I don’t hate anyone because of what they are or what they do, if it’s legal/consensual/doesn’t hurt anybody else. But there have been a string of articles in the papers recently which are seriously making me resent the women they’re written about. Meet Crystal Green and Lea-Ann Ellison: 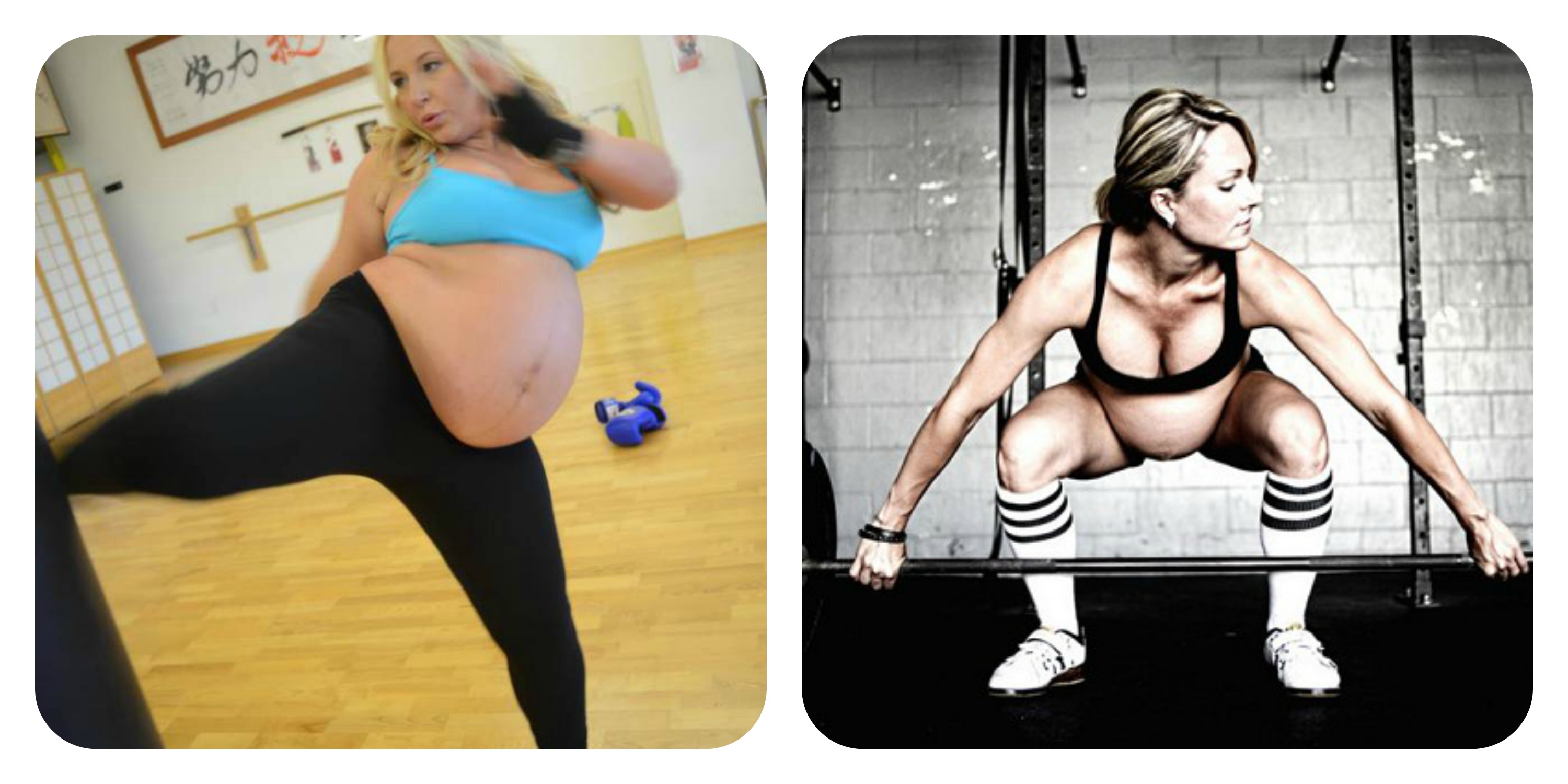 Crystal is a martial arts champion who has continued her training right the way through her pregnancy and Lea-Ann has stirred up a whole shit-storm of controversy after posting pictures of herself doing weight-lifting whilst heavily up the duff.

Now, I’m from the Charlotte York school of pregnancy – her doctor tells her that running is fine for her to do because it’s something that she’s always done, so I’m sure that both of these women are fine to continue the levels of activity that they were doing before they fell pregnant (although, the weight-lifting one scares me a bit, I’m sure you’re supposed to be careful lifting heavy things whilst pregnant…?). But, as the title of this post suggests, I do feel like taking both of them to one side and saying “Come on, pet, why don’t you sit in a comfy chair and watch some telly?”.

Having a healthy pregnancy is vital and while part of me admires these women for their get-up-and-go during their gestation, I also can’t help but feel that they should be taking it easy, even if it’s just a little bit. I’m sure they’d look at my sedentary ass and hyperventilate at the thought of sitting on their butts for 9 months, but surely there’s some sort of middle ground.

There’s no way I could do either kick-boxing or weight lifting at the moment. Do you know why?

BECAUSE I’D WEE MYSELF.

That’s right, people. The combination of having had one c-section and being pregnant again means that the only safe place for me to sneeze or blow my nose at the moment is sitting on the loo, for fear of letting an involuntary stream of urine escape when my stomach muscles are engaged in such a way, so squatting down and attempting to heft a barbell around would undoubtedly end in some sort of dirty protest from my pelvic floor.

And, aside from the wee, do you know what happens when I so much as dare to separate my knees at the moment? A loud *CRACK* emanates from my pubic bone and I tend to spend a minute, holding the front of my fanny, trying to recover from the pain.

It’s not so much that I think these women are making me look bad, it’s more of a culmination of the “womens sanitary product advert effect” (catchy name, huh?). Anyone aware of TV in the 80’s and 90’s will know that women were besieged by images of other women, who through the use of subtext and blue water in a test-tube were hinted at being on the blob, yet they rollerskated with herds of Dalmatians, went running, partook of a spot of yachting and engaged in a whole load of other activities to demonstrate how UN-BOTHERED they were by their periods.

Which is great. If that’s what you want to do, then go for it. However, most women I know choose to wear jogging bottoms with a hot-water bottle in the waistband, eat chocolate and carb-based snacks and watch shit TV. WHICH IS ALSO FINE.

All I’m saying is, whilst being active is great, pregnancy is also a time to be gentle with yourself, be happy with the changes in your body and, if the mood takes you, have naps in the afternoon. Women are awesome and we can do awesome things, but sometimes, admitting that you need a rest is just as awesome as swinging a kettle-bell around. Don’t let the standards of others make you feel bad about your own choices.

There endeth the sermon…but mostly because it’s nap time.