When Sausage started school, we wanted to make sure that she had all of the right stuff that she needed, so we went to the local uniform shop and bought just about everything we could with a school logo on it! We probably went a little over the top, but it was worth it to make sure she had everthing she needed, and to be fair, she’s used everything we bought!

If you’re a parent, you’re well aware of how expensive life can be, and once they get to school age, that cost seems to go way up. BrightHouse have conducted a survey of over 3000 parents of primary, secondary and college age students to see how much they spend, on average, preparing their kids for the school year and the results were surprising – click on the link above to see what they found.

Overall, they estimate that the cost of going back to school was £239, although Primary age kids averaged at just £20, while college kids were the ones splashing the big bucks! 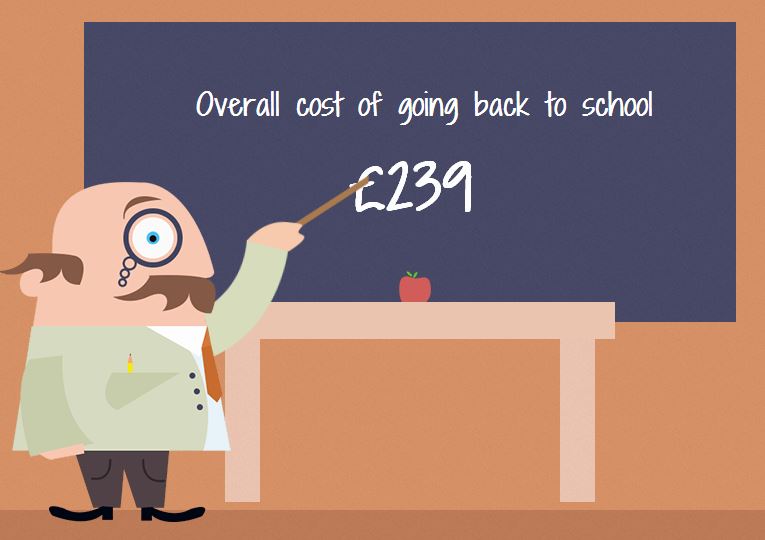 Fortunately, the move from Reception class to year one wasn’t as pricey as most of Sausage’s uniform still fitted her and last years’ coat is still a perfect fit, too. Of course, new shoes were a requisite, as scuffed shoes just aren’t mustard, but in general we spent a lot less this year than we did last.

How about you? Did you spend anywhere near £239 when your kids went back to school or were you able to be far more frugal than that? Did you find that buying from supermarkets or larger retailers managed to save you money, rather than buying from specialised uniform shops?

Let me know, and don’t forget to head over to the BrightHouse website to see the full animation.