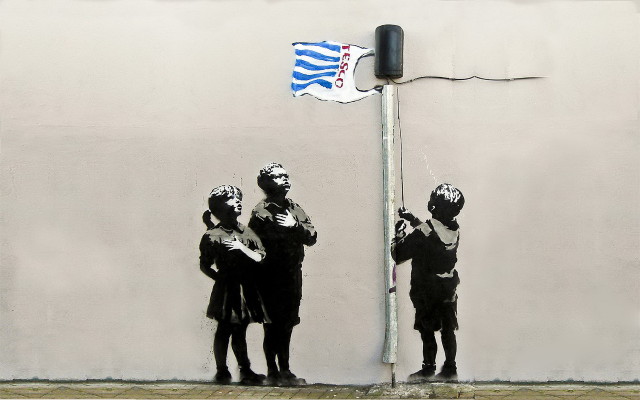 On our way to Liverpool on Friday, Husband and I were having a bit of a music sesh in the car, playing lots of CDs and going through some albums that we haven’t listened to in a while. We’re both massive fans of The Streets and one of the albums that got a play was Mike Skinner’s first, Original Pirate Material. I said to Husband that it would be on my all-time top ten albums list and he agreed, but we went on to discuss how Mike’s later projects didn’t have nearly as much of an impact as his first.

We decided it was because, when Mr. Skinner made his first album, he was young and ‘real’ – he didn’t have a lot of money, he was just an average lad making his way in the world and writing about his experiences. When you listen to his music is has a reality to it, a grittiness that makes it so unique. Our hypothesis about the subsequent albums is that as his success spiralled, he took a step away from the normality of his life and it made his writing less relevant to normal people and the audience with whom his previous work had resonated so deeply.

It reminded me of a conversation that I had with two of Husband’s cousins a couple of Christmasses ago. The conversation had got onto Banksy, the infamous yet anonymous street artist and political commentator who has taken the world by storm in the last few years. At the time, another ‘outing’ had happened where someone had claimed to the press that Banksy was not, in fact, a normal bloke from Bath who’d worked his way up in the street-art subculture, but was actually privately educated and from a wealthy background.

Both of Husband’s cousins were disgusted that he was potentially middle class and almost seemed to feel betrayed by his apparent class status. I asked them both at the time if artists needed to be poor to be subversive, especially given that a lot of Banksy’s art is so political, but they couldn’t quite come to a conclusion as to why it was unsuitable for someone of means to be commenting on politics in such an ‘urban’ way. And if Banksy was a rich boy, was his social commentary less authentic, because he lacked first-hand experience?

Don’t get me wrong, I’m by NO means advocating the middle and upper classes, I’m a working class girl from a background of union members and hard-grafters, but I do find it interesting that there seems to be a correlation between how people view certain artists and the class that those artists would most identify with. I looked back through the ages too, and it’s not just a recent phenomena – Picasso is one of the most divisive artists in history, but I’ve heard many an anecdote about him having to burn some of his early canvasses just to stay warm, during times of abject poverty when he couldn’t afford wood for his fire. Van Gogh died without a penny to his namem having never found fame during his life, only to be one of the most celebrated impressionists of modern times.

It’s not just artists either – Jimi Hendrix, Ringo Starr, Johnny Cash and Elvis Presley all came from poverty and I can’t help but wonder if their individual impacts on the music world would have been so great had they been born middle or upper class? If they’d have had the edge and drive that they needed to become superstars? Sure, there are plenty of actors, artists, comedians and musician (especially in The UK) who were afforded the privilege of money and good education,  but I find it interesting how much more respect people are given when they appear to have ‘come from nothing’, and how the relevance of their music is increased by it.

So, how about you? Would you be disappointed to find out that Banksy was from a rich family? Would it make you think less of his art, or is the message the same regardless of what he came from? Does a person’s origins give them more of a right to comment on society, and does poverty make that opinion more authentic?

Let me know, I’m really interested in your opinion!

8 thoughts on “Do Artists Need to be Poor to be Relevant?”