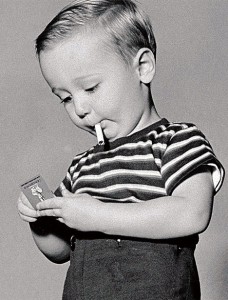 It’s Friday, which means Mummy Barrow is telling us all to get Ranty again, which is quite appropriate as I’ve had this post brewing for a few days, but didn’t know where to start.

The other day, I was in our local shop, buying some ham. I got to the counter and there was a man in front of me buying cigarettes; he bought quite a few boxes at once and as the lady at the till rang it up, I blanched at the cost of smoking. I smoked way back in my late teens and early twenties, but gave up before I fell pregnant with Sausage, and the price of tobacco products has gone up a lot since then.

When I got to the front of the queue, I struck up a conversation with the cashier and casually mentioned that I didn’t know how anyone could even afford to smoke in this day and age. The cashier was young, probably early to mid twenties and mentioned that she was also a smoker.

Let me just say here, I have no issue with people who smoke; it’s a personal choice and as long as it’s not hurting anyone else, I don’t care what they do. I know they say “an ex-smoker is the worst” but I’m not judging the actual act of smoking.

The cashier went on to tell me that she lived in one of the flats (there are two high-rises near the shops) and that her and her partner both smoked with the kids in the house.

She then said “We smoke on the balcony these days because my youngest has got asthma. We used to smoke indoors but in the nicer weather it’s easier to go outside”.

(blood pressure steadily on the up…)

The final thing, which completely floored me was “I really should try and give up. My partner and I spend at least £70 a week on fags and my kids have to go without somethings, but it’s just so hard. I go without dinner some nights, just so I can have fags”.

Where do I even start?

If she wants to go without dinner so that she can continue to smoke, that’s her right and privilege as a human being with free will, but freely and in an almost blasé fashion, admitting that her kids go without because she wants to continue smoking just blows my mind. How can you put your own horrible habit above and beyond the needs of your children? I just cannot get my head around that. Looking at your kids and saying “You know what? I’m more important” is the ULTIMATE selfishness and makes me feel like these people don’t even deserve to be blessed with kids.

How can people behave in this manner? I simply do not get it. I feel so sorry for the kids being raised in these conditions, without a parent who’d put them first.

I’m not doing a Jamie Oliver here and condemning those in a lower wage bracket because of how they choose to apportion their income…if she wants to spend her money on cigarettes, it’s her money to spend, but surely in any family be they rich or poor, the needs of the kids should come before anything else?

Husband and I would go without anything if it meant that Sausage was provided for in the best way possible and I was under the (apparently deluded) impression that this was an attitude which would be shared by 99% of other parents.

Am I alone in thinking that this is terrible behaviour?

Click on the duck to see why Mummy Barrow is ranting about selfish plane passengers and all of the other blogs who’ve linked up this week.