If you’re friends with me on Facebook, then you’ll already have seen my not-so-subtle, monochrome addition to my photos. However, if you didn’t see it then you won’t know what I’m on about! 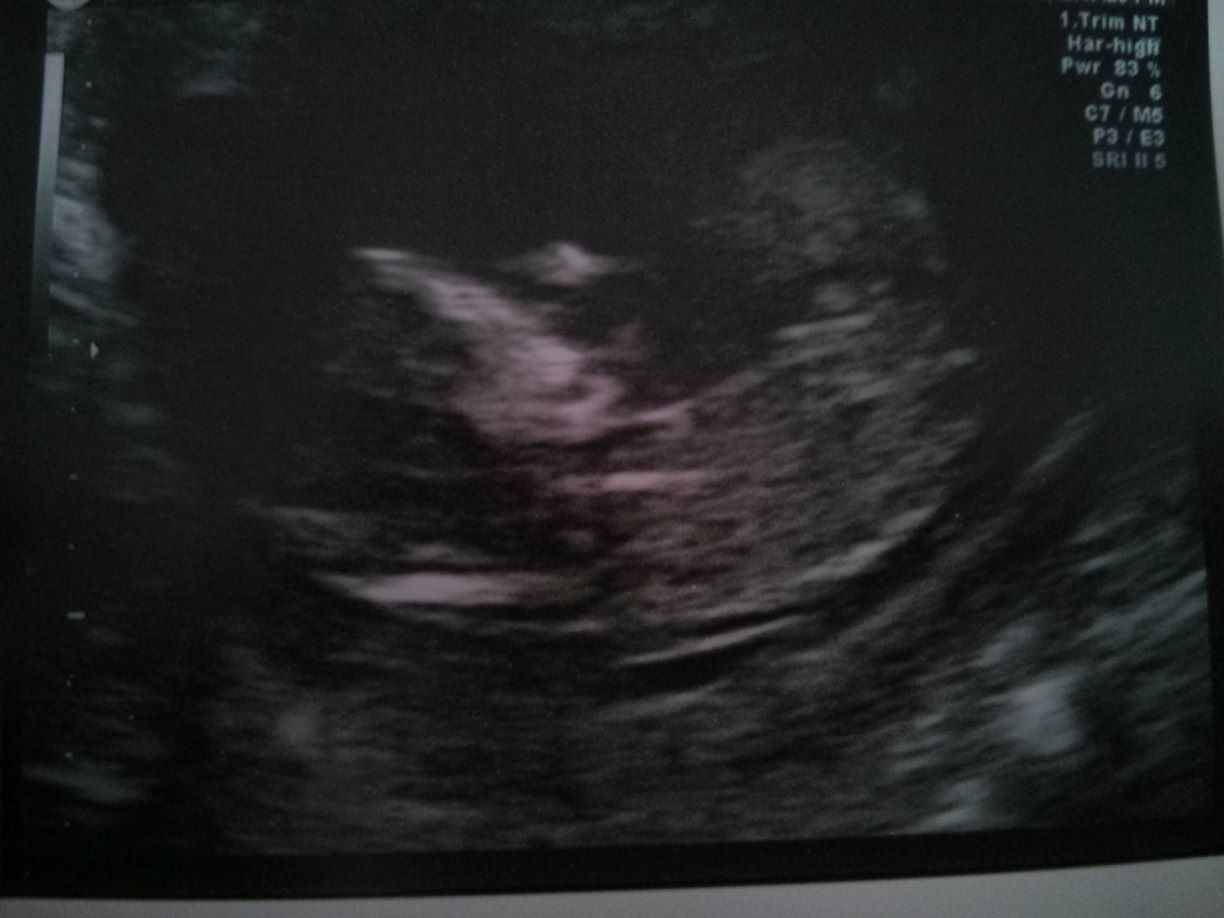 It’s official, our little family of three (well, four including Chuck!) is about to add one more to its numbers, as Husband and I are expecting our second child. Sausage is absolutely thrilled at the prospect of being a big sister, she came with us to the scan and seeing her face when we explained that the movement on the screen was actually tiny arms and legs was just priceless, in fact I wish we’d managed to get a photo of that too!

I’m around 13 weeks gone, although the sonographers keep changing my dates by a day or two either way, but we’ll be meeting Baby on or around the 10th March.

So far, this pregnancy has been totally different to my last. With Sausage, I discovered I was pregnant because I had such violent hyperemesis that I managed to tear a whole in my oesophagus. This time, touch wood, no sickness at all, although I am feeling the tell-tale aches that make me think I may get the dreaded SPD again.

The most difference, however, is my diabetic status. When I was pregnant with Sausage, I developed gestational diabetes at about 28 weeks and had to be closely monitored thereafter. However, because I didn’t look after myself very well after giving birth, the diabetes turned into Type II, so I’m going into this pregnancy as a diabetic, which raises its own set of complications. I’m testing my blood sugar FIVE times a day and am at the hospital every other week to see one of my two consultants, a diabetic Midwife or a dietitian.

Because of all of this, I’m on a very low GI eating plan, which means that I have to stick to foods which don’t cause a sharp raise in my blood sugar and release their energy over a longer time. It’s not been at all easy and I’ve made some mistakes along the way (sourdough bread? SO not low GI..) as well as having some rather EPIC tantrums about the awkwardness of the boundaries around what I can and can’t eat, but I’m getting there and making some rather pleasant discoveries about what is still on the menu!

This will be a new blogging experience for me too; Sausage was 2 when I started Mum’s the Word so I’ve never really blogged about having a newborn. That’s not to say that I’ll completely change what I write about, or that I’ll climb down off of my soapbox in any way, but there may be a few pregnancy and baby-related posts in there too.

So there you have it. After Sausage’s birth, I wasn’t sure I’d ever get my head around the thought of having more children, and I won’t pretend I’m not absolutely terrified at times, but with 5 years, a lot of love and support from Husband and Sausage and a little bit of blogging catharsis, anything can happen!

5 thoughts on “Three Plus One…”