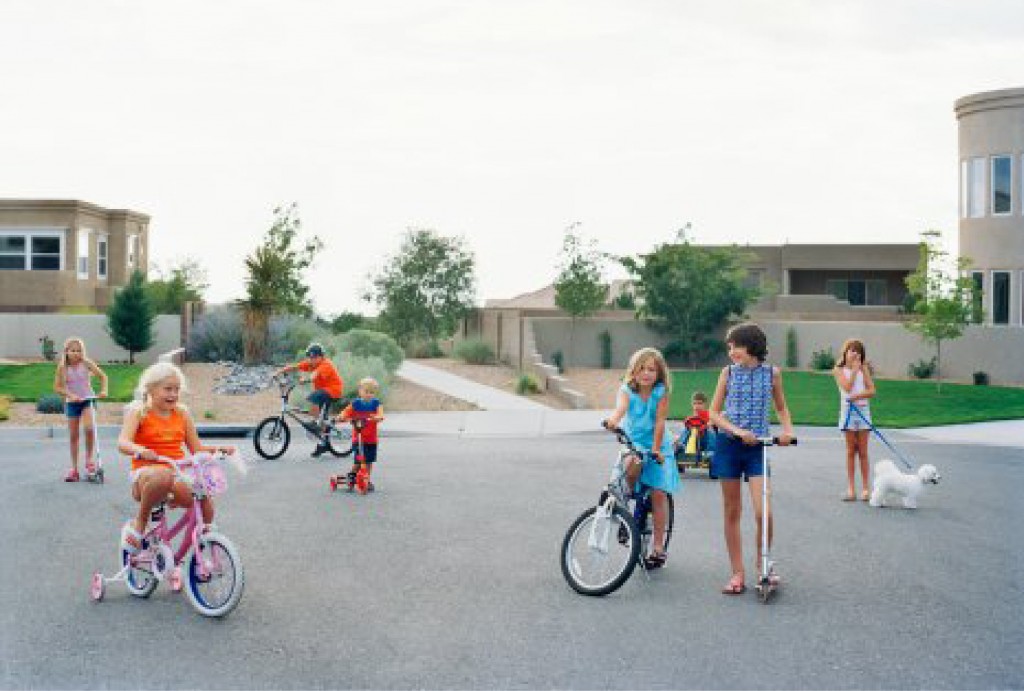 When I was a child, playing in the street was a normal occurrence. My Nan lived in a ‘walk’, which was a pedestrian-only road with no cars anywhere near where we played, and she happened to live next door to a family with a daughter of the same age as me, so I spent countless summers playing Barbies and cartwheeling on my Grandparents lawn with Sara, who was my best friend. Eventually, my parents moved nearer to my Nan and we lived in a cul-de-sac with a huge green in the middle, on which all of the kids who lived in the cul-de-sac played. We were a mixed bunch but we got on well and there was always someone to hang around with.

As I got older, I was allowed to go to the park with my friends. I grew up on an estate in Basildon, a new town that was built to accommodate the overspill from London in the late 1950’s, which meant that my grandparents were, and still are in fact, the only people to ever live in their house. The entire estate was populated by first and second generation Basildonians and us third generationers were blessed with a level of freedom because of the perceived sense of safety that comes from living in an area where everyone knew everyone else. In those days, it meant that misbehaviour was also fairly low, because no sooner had you thought about doing something naughty than a well-meaning onlooker had told your parents!

With Sausage at the beginning of her first ever summer holiday from school, I’ve been thinking a lot about things we can do to keep her occupied. She’s an only child, like I was until the age of almost 9, which means that she doesn’t have any ready-made playmates in the form of siblings. As much as I’d love for her have a playdate every day, that’s simply not possible, so it’s down to us to arrange other things for her to do, like the weekly pony lessons that she’ll be starting on Wednesday. But, I can’t help but wonder; are our kids lonelier than we were?

She’ll probably never be in a position where we’d let her play in the street, not least of all because people drive down our road like utter twonks, but mostly because the world is not the shiny, happy place it once was. I wrote this post a year ago about how shocked I was to see someone leave their child in the car while they went into the shop and had many comments suggesting that I was over-reacting and judgmental. I revisited the post after April Jones disappeared and wasn’t at all surprised to know that many people now agreed with me about how much freedom children are able to have in modern times.

Sausage will never have the level of freedom that Husband and I did and as such will never know what it’s like to ‘knock for’ someone, play in the street, ride her bike up and down until she’s called in for dinner, do cartwheels on a front lawn, knock on the door and ask for a pound when the ice cream man turns up, or be best friends with the kids next door. And I have to admit, that makes me really sad.

However, as sad as it makes me, it’s not something on which I’d ever compromise as her safety is the most important thing. So, what do you think? Are your kids lonelier than you were as a child? Should we do more to make sure they have someone to play with everyday? Or is that just not possible in modern times?

9 thoughts on “Are Our Kids Lonelier Than We Were?”